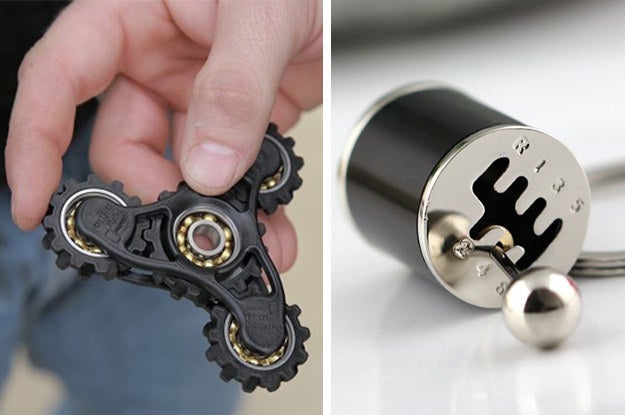 Fidget Toys in the Classroom

This year, English students may have noticed a box of fidget toys circulating their classrooms which are part of an effort by Ms. Chu to help create a more equitable learning environment. At the beginning of the year, many teachers required students to write an introductory letter about their learning styles and preferences. Numerous students in Ms. Chu’s classes stated that they preferred learning while being able to do something with their hands. Taking this into account, as well as the fact that English is a rather sedentary, discussion-based class, new fidget toys were obtained.

Currently stationed in four English classrooms, and on their way to many more, these fidget toys have had a rather positive impact on most students’ learning experiences. Although one poll respondent notes that they are “scared about all of the germs!!!” since “students are constantly touching them and lots of people are sick right now,” many people are noticing a positive impact on classroom experiences: “They mostly don’t bother me… I think that overall they are helping people focus… and make conversations better.”

Why is this? As Ms. Chu explains, “Students know how to advocate for what works best for them to learn, and there are students who regularly use the fidgets, others who use them occasionally, and even others who never use them.” According to Mr. Bonar from the LRC, fidget toys were originally marketed towards people diagnosed with ADHD but have widespread applications. “The fact is students and many adults spend the vast majority of their day sitting at a desk even though studies have repeatedly shown that the human body and brain need activity in order to be fully functional.” That being said, it might not be necessary for all teachers to employ these fidgets in the classroom. According to Ms. Chu, “Teachers who use more physical movement in their classrooms than I do might not feel like they need fidgets which is totally ok!”

These classroom additions are examples of how Lakeside is separating itself from a standard school environment by employing all sorts of tactics to enhance the student experience. These small little toys may not seem like a big deal, but for many students and teachers, they are a transformative addition to the English classrooms. Hopefully, we’ll see more of these in the future.

Sorry for not getting back to you sooner. There’s still much debate about the merits of fidget toys. Personally, I think they can be really helpful for some students and not as effective for others. I believe many fidget toys were originally marketed toward children and adults diagnosed with ADHD. However, I don’t think the benefits of a fidget toy or tool is limited to people with an ADHD diagnosis. The fact is students and many adults spend the vast majority of their day sitting at a desk even though studies have repeatedly shown that the human body and brain need activity in order to be fully functional. So, in recent years we have seen an influx of inventions such as fidget toys/tools, standing desks, exercise ball chairs, etc. to allow people opportunities for movement while simultaneously focusing on daily tasks.

Here are the questions:

What is the origin of the fidget toys? What prompted you to add them to the classroom?

Many of us do introductory letters at the beginning of the year to get to know our students better, and in several of mine, students noted that they learn better when they have something to do with their hands while participating in still activities like discussions. In addition, we just know that it’s hard for all students to sit still, including students who have particular learning differences, and while some of us are good at getting students to stand and move regularly during class, I know I’m not great at that, and fidgets are a good way to introduce something physical into the classroom.

Currently, how many/which classrooms are there fidget toys in?

4—I sent an email to the department asking who might like to try them out in their classrooms.

How has student feedback been towards the fidget toys?

Positive! Many students use them.

Would you encourage other teachers to place these in their classrooms?

I think, given what we know about learning differences and how hard it is for students (and adults!) to stay focused for long periods of time while sitting, it could be useful for those of us with discussion-heavy classes to consider whether methods like fidgets might help students learn better. That said, I also trust teachers to know what is best for their particular students who have their own learning preferences and methods/tactics. For example, teachers who use more physical movement in their classrooms than I do might not feel like they need fidgets which is totally ok!

How have the fidget toys affected your teaching experience?

Do you think the toys distract students in class?

No—I think students know how to advocate for what works best for them to learn, and there are students who regularly use the fidgets, others who use them occasionally, and even others who never use them.

Are there any other comments you would like to add?

I think it would be great if you could also interview students about their experience with the fidgets and Mrs. Chang/Mr. Bonar in the LRC who would potentially be able to talk more about the research behind fidget usage, etc.