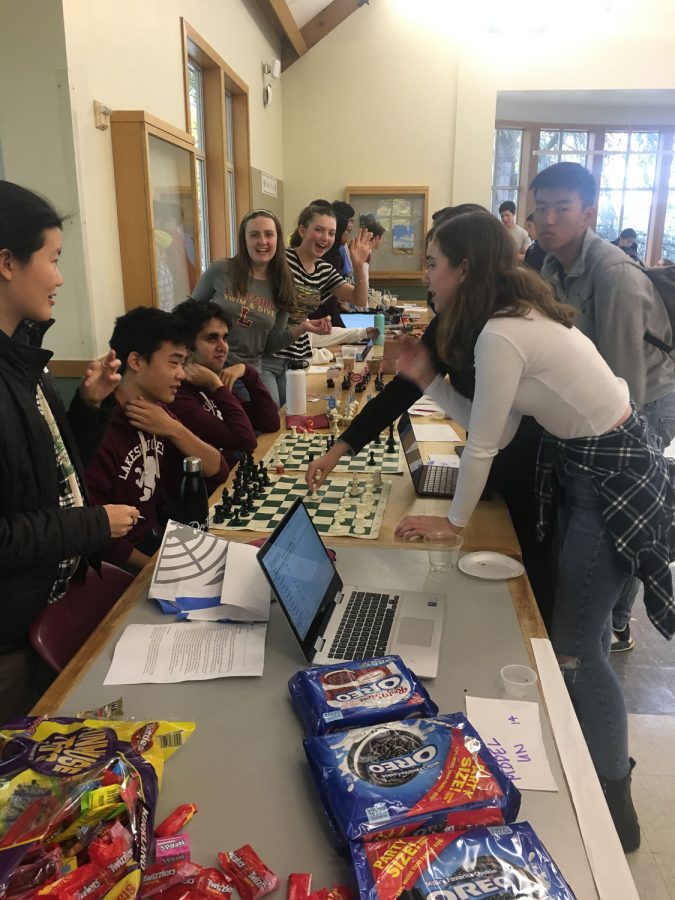 Aside from Bernie Noe’s vast selection of bow ties, perhaps the most extensive and diverse aspect of Lakeside is our array of 50+ clubs. Yes, after having signed up for as many clubs as possible at Club’s Fair (because free food, duh!), it’s time to decide which clubs are actually worth going to and which you’ll receive daily colorful emails from for the rest of the year but will never actually attend. This year, however, the choice becomes even harder, because we’ve welcomed sixteen new choices to the mix. So if you didn’t really hear what the club leaders enthusiastically described to you at Club’s Fair over the din, this is just the article for you! We’ll be running through half of this year’s new clubs in hopes that you don’t spend every Thursday procrastinating in the library on default.

If you’re looking to not be that one senior who hasn’t started their service requirement yet, you’ll be interested to know that there are a variety of new clubs boasting many opportunities to get those hours done! First up is the Big Climb Club, centered around organizing and running various drives throughout the year to support the Leukemia and Lymphoma Society. If you’re a sucker for baked goods, this is the place for you, as the Big Climb Club is planning on hosting a handful of fundraisers, namely bake sales, where the student body can purchase delicious cookies and more for a great cause. Another great option is DonatEducate, a non-profit that gathers books and donates 100% of the proceeds towards orphanages, refugee organizations, and under-funded elementary schools that fall below state standards. This year, the club wants to focus on informing peers about the education crisis and getting students involved in organizing and running fundraisers and donation events. If fundraisers aren’t your style and you’d rather have more hands-on activities, the After School Arts Program (ASAP), is perfect for you! Partnering with Seattle elementary schools, ASAP runs an after school art class for young students with Lakesiders acting as teachers and mentors.

Maybe you’re looking for something a bit more relaxed, but that might still have opportunities for service? Then the A.R.T.S. (Arts and Recreation to Serve) Club would be a great option! With an emphasis on creating an individualized experience for each student, A.R.T.S. Club can be used as an opportunity to engage in structured service projects or just a casual space to unwind through art.

If you’re more interested in the creative yet chill side of clubs, look no further. The DIY Club is the perfect fit! Focusing on maintaining a super fun, low-stress environment, the DIY Club plans to complete many different crafting based activities this year, with examples including pressing photos onto wooden slabs, repurposing thrift store items, and generally making high-quality things that people can use. Another great option to get your craft on is the Calligraphy Club, where the goal is to open a space for people to learn new lettering, calligraphy, typography, and graphic design skills to create promotional materials for other Lakeside groups and teams. If you’re more interested in becoming the next David Sedaris instead of Van Gogh, then there is Prattler, Lakeside’s premier (and only) humor publication à la Onion/Clickhole! With their submission-based nature, joining this club can be as much of a commitment as you make it. If you’re the kind of person that reads an Onion headline and thinks ‘I could probably do that’ or had a funny thought ever in your life, this is this club for you.

To all the STEM kids reading this article and wondering if anyone will ever appreciate your left-brained selves, grab your computers and head over to the Tech for Community (TFC) Club! This year, TFC is looking to create solutions for local community problems, mainly the Lakeside community (for example, speeding up the work of staff members and Lakeside volunteers), primarily using computer programming as the tool to achieve this. If you’re someone who is passionate about making your local community better via technology, this might just be the place for you!

Hopefully, when the next Thursday rolls around, instead of asking everyone around you for suggestions of which club to grace with your presence, you can be the club guru of your friend group and always have a plan for the next activity period. Or at the very least, you can always return to this trusty article for assistance. Now go get clubbing!