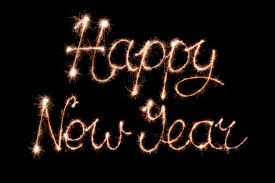 Congratulations! You have made it into the new year! It’s finally (Year)! That means that it’s time to make a new list of resolutions for the upcoming year. You resolve to:

(verb) your room and house and keep it that way! You’ll start with the (room in your house) and (verb) it until it looks (adjective), just the way you like it. Now all you have to do is continue the trend.
(verb) your (activity). To do that, you’ll time block, (adverb) beginning your (activity) at (time) and work until (time). Maybe you’ll even start (verb) with different methods of the (activity). That’ll even give you an excuse to scroll through (social media app)!
Sleep more! Maybe this will be the year that you consistently sleep (number) hours every (noun). It’s not impossible if you (verb) on time and (verb) accordingly. Say goodbye to the bags under your (adjective) eyes in (year)!
(verb) at the gym more. A classic resolution. Remember, exercise can come in many different forms: (a sport), (verb), and even (verb). It’s always a(n) (adjective) to find new ways to move your body!
(verb) new friends! That person that seems (adjective) may be a potential new (noun). You’ll never know who you’ll meet.
Start a collection of (plural noun)! That way, you’ll have something to show off at the end of the year.