To Cut or Not to Cut? 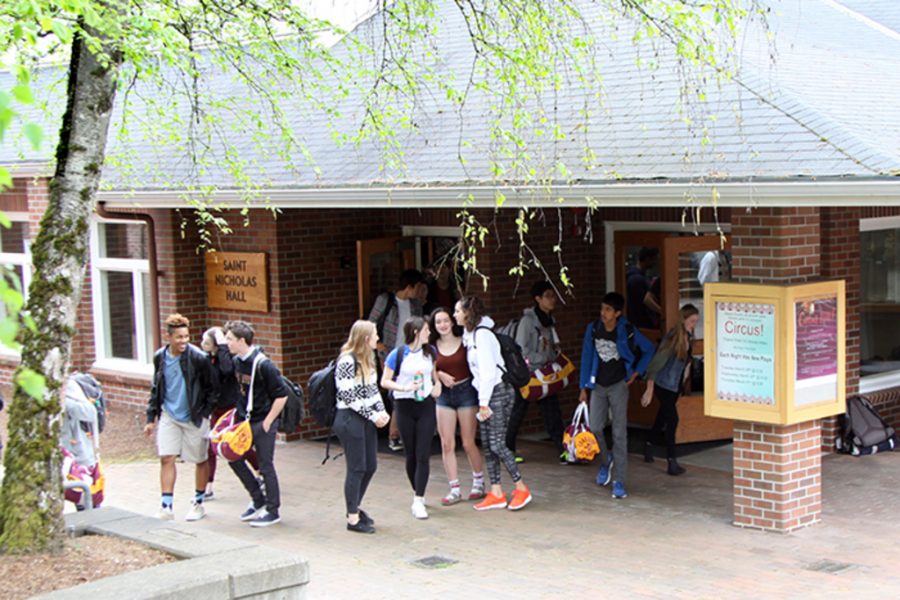 Every actor knows that rejection is unavoidable. Actors audition for many roles, but they often do not get the result they want. At Lakeside, the process is different, especially for the annual musical production. In the past, the musical has been a no-cut show, meaning that anyone can participate, regardless of skill level. That policy has made the musical a fantastic opportunity for students to try something that they might not have otherwise.

However, this year’s production of Mamma Mia! had cuts. Cutting a cast has its pros and cons. For one, it can ensure that every member of the cast is more committed to the musical. Having fewer people often leads to more productive, focused rehearsals. Also, there’s the issue of space: the dressing room in St. Nick’s is just too small to accommodate a large cast, and the stage itself is also too small for a group of over 50 to dance on. In addition, with cuts, those who are selected have larger, more interesting roles.

At the same time, there are more than a few downsides. With cuts, fewer people are allowed an opportunity to improve their skills, potentially creating a culture of exclusivity and elitism. Drama becomes a community that not everyone can participate in, and cutting effectively closes a community off from the general student population.

Cutting shows is the reality in many productions outside of Lakeside, including professional theater. Even other high schools cut their shows: Shorecrest’s cast for their fall musical was 22 people, including ensemble. Lakeside’s cast for Mamma Mia numbers around 55 people, still an increased cast size compared to years past.

It is important to note that this year might be the exception and not the rule. 90 people signed up to audition, and it is simply impossible to fit all 90 in the dressing room or onstage.  The show that was selected this year, Mamma Mia, might also have contributed to a higher turnout at auditions. Mamma Mia! is a very well-known musical with very well-known songs, and the chance to be a part of such a famous production likely encouraged more people to try out.