No Longer a Secret, Santa? 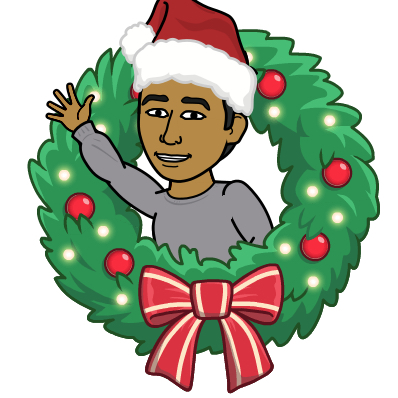 Winter Break is coming, and students are reveling in the secular spirit of the season. The halls aren’t decked with boughs of holly—they’re filled with the sounds of students correcting each other when someone mistakenly says the unutterable: “Christmas Break.” Although Lakeside’s secular environment protects everyone in its student body, I think that sharing our community’s religious diversity is more important than hiding it for the sake of inclusivity. Students should find ways to celebrate the rich array of religious traditions in school as an expression of their identities.

In the December Tatler Poll, 80% of respondents said they would like to see on campus celebrations, but as a secular institution, Lakeside can’t directly lighten up the winter months or light the Menorahs. As has been the precedent for non-religious holidays, like the annual LAPS-organized assembly on Chinese New Year, students will have to spearhead any sort of campus celebration. However, Lakeside took the first step in stimulating religious expression in school, with the introduction of the Interfaith and Spirituality Affinity Group. I interviewed Ms. Zinda, the Upper School Service-Learning Coordinator and one of the faculty leaders of the group, about the viability of religious celebrations on campus. capable

In the past, Ms. Zinda attempted to educate and share various religious holidays with the student body by displaying vignettes about Christmas, Hanukkah and Kwanzaa around the Student Center. She noted that it was important for any holiday celebration to discourage “a zoo mentality.” In this context, a zoo mentality is one in which students admire the exotic qualities of a tradition, without really engaging or educating themselves about it. Displays around the student center are one thing, but on a larger scale, Ms. Zinda says that “we’re not currently positioned to have an all-school celebration without elevating one [holiday] and dismissing another.”

With Ms. Zinda’s reservations in mind, a full school venue like an assembly probably won’t be a viable format. Poll respondents suggested alternative celebrations like “the Fall Festival but for holidays,” or called for holiday-related foods and decorations. Whether the Interfaith Affinity Group or others are in charge of a possible holiday event, it will no doubt be a challenge to organize a celebration that’s mindful and educational. However, if no one does, it will surely be a Blue Christmas Winter.