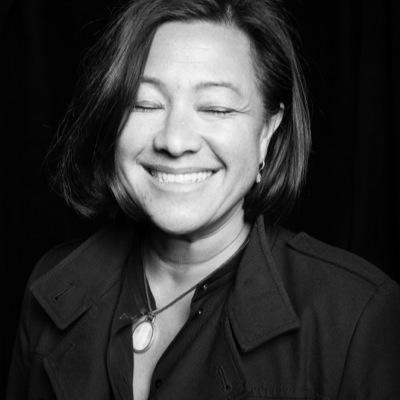 “What Do You Want To Be When You Grow Up?” is a column run by Anya S. ’21 that explores the unconventional career paths of Lakeside alums, allowing students to learn about a variety of jobs and industries.

Scilla Andreen isn’t afraid to say that she’s a college dropout. Today, Ms. Andreen, a director, producer, and Emmy nominated costume designer, is the CEO of a film company, IndieFlix. By bringing original social impact films directly to schools, as well as offering movies through a subscription-based streaming service, IndieFlix supports “stories that inspire positive action, personal revelation, and social change.” The ten-year-old company is a success story featured by a litany of media outlets, including The New York Times, CNN, and People. But in high school, Ms. Andreen had no idea she would be where she is today.

At Lakeside, Andreen was drawn to languages and the humanities, specifically enjoying classes with real-world applications. She didn’t always love the subjects, but she loved her teachers. Additionally, Lakeside prepared her for the working world in ways she didn’t realize until many years after high school. “I learned how to learn,” Andreen says, “and to stay in that learning state. And not to be afraid to be challenged. I don’t think in terms of ‘what if I fail,’ but ‘holy cow, how can I make this work?’”

After high school, Andreen enrolled at NYU with a degree in political science. “I went into law, because I thought that’s what I wanted to do,” she says. “I always thought I wanted to be a litigator.” While working one of her two jobs to help pay for tuition, she met a man who introduced her to the world of costume design. Soon, she was making $800 a day. The decision was clear: she would quit school for a while, explore this new interest, make some extra money, and then come back to college. But Andreen never went back and has never regretted that decision.

She soon became interested in directing, then producing, and eventually made the circuits at film festivals. There, she saw thousands of filmmakers creating beautiful work, but who never got the exposure or recognition they deserved. Thus, the idea for IndieFlix was born.

The company was initially started in 2005 solely to showcase indie films, but as IndieFlix grew, Andreen found that “Honestly, I didn’t really care, I just had 12,000 titles with worldwide rights, which everyone said was awesome. But I thought, ‘You know what? That isn’t awesome to me.’” Andreen made the decision to cut 7,000 films from the company’s roster and switch to streaming content for a purpose and go back to her filmmaking roots by creating original content, including films about mental health, bullying, and social media, for schools, corporations  and organizations: “I wanted to bring meaning into people’s lives. I wanted to have conversations. The social impact films that I make, at the core of them, I want people to feel that they are heard, that they matter, and that they belong.” She still wants to help others, just as she would have through law, albeit through a remarkably different lens. “We really are authentic,” she says, describing the IndieFlix culture. “We are honest; we make mistakes. And we are human: we pick up the phone and talk to people.”

Andreen used to think that, once she hit a certain amount of subscribers, once she had increased the number of screenings by some percent, she could take a break. Instead, once she hits her intended numbers, she leans in even more. “It could be considered more stressful,” she admits. “But I just look at it as more intense. It’s more meaningful. The challenges are sometimes greater… but the reward is even greater than I’d ever imagined.” What’s one challenge the CEO of a start-up has to face? Money. Especially in IndieFlix’s early days, there were times when Andreen couldn’t make payroll. But, throughout her life, Andreen has seen challenges as opportunities, and used that mindset. She took stock of her options, saw that there was an influx of money coming in the near future, and got creative: “You say, don’t pay me, pay them.” When faced with adversity, she says, you need to “step back, look at your situation, analyze things, create options for yourself, and then ask for help.” In contrast to popular belief, a CEO doesn’t have to do everything by themselves. An inability to find a support system, a failure to delegate, those are actually signs of poor leadership.

So what advice does Andreen have for high schoolers? Go into careers you’re passionate about. “I have so many friends who are lawyers, stockbrokers, and doctors, and they are experiencing severe burnout,” she says. “They just can’t wait till retirement, and they’re locked into their jobs.” To which, Andreen notes, don’t be afraid to change your mind. She certainly did, going from a potential lawyer to costume designer to director to producer to CEO. There is nothing wrong with having multiple careers, with learning your likes and your dislikes: “There’s value in everything you do.” Especially if you want to solve a problem in the world, you need to have real-world experience, like Andreen did with the indie movie industry, to learn what’s wrong with the system. Only then can you fix it.

Even more important, don’t let fear get in the way of doing what you want. “I do not have the credentials to be doing the job that I’m doing,” Andreen says. But she did her research, her homework and her heavy lifting, and asked, straight up, for what she wanted. And because her effort was so apparent, others helped her. Today, because of her determination, her company is thriving. High schoolers must “be bold,” she says, “and mighty forces will come.”