Tales from the Nightshift 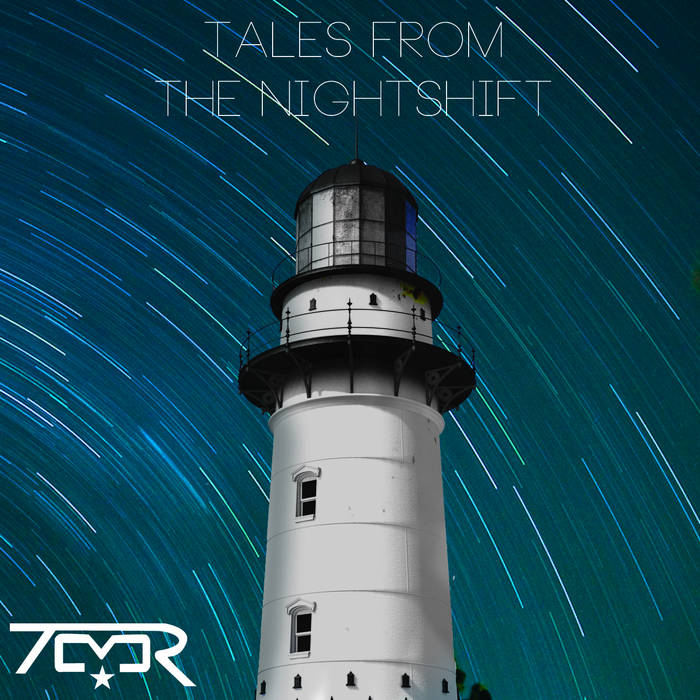 Tales from the Nightshift by the Midnight Rambler

By day, Lakeside’s campus is filled with exuberant children, bustling from class to class, the sound of laughter and chatter echoing off of buildings. Once the sun sets, however, and the moonlight cast shadows move strangely around the Chapel, something sinister lurks. The one who is here to guard us against such evil is named Tom, the security guard. Since November 17th, 1998, almost 21 years to the date, Tom has worked nightly, patrolling both the Upper School and Middle School campus. From pranksters to lovers, Tom has seen it all, and now, we too can finally picture what Lakeside looks like after dark.

DM: So, I’ve heard there have been some pretty extreme senior pranks in the past. Are there any that immediately stand out to you?

TH: Stand out is a good way to put it. Right now, four cases stand out to me. My first was around April 1999, you know, most of these happen around springtime, and always when there is school the next day. These pranksters want to have an audience otherwise there’s no point. And these aren’t just silly pranks, but ones where you could get in serious trouble for. But one night, I came across five or six individuals all wearing ski masks carrying big bags of cement. It turns out they were trying to cement the doors shut so no one could get in or out.

DM: As in, try to permanently keep the doors shut, with cement?!

TH: That’s right. Fortunately, I caught them before the cement was able to set, and they took off, leaving their big bags of cement behind.

DM: Were they all Lakeside students?

TH: Yeah, but the thing is with these pranksters, they always try to one-up the last year’s prank. Just the following year, I had another encounter, where I was walking around, thinking about my next car payment or whatever, when I see this flimsy ladder in front of Bliss going all the way up to the second floor. I look up, and the five people at the top look down at me and see me. As far as I know, someone is trying to break into the building, so I called the police. The students exited out of either side of the building and managed to get as far as 25th before the police intercepted them. One kid even got placed in custody before his parents bailed him out.

DM: Geez! So did you guys ever find out what they were planning on doing?

TH: Nope, that still remains a mystery. Then there was the bomb prank.

TH: Yeah. Thankfully it was fake, but it was pretty authentic looking and gave a pretty big scare. Some kid off of the first avenue here drove by and just chucked this bottle while screaming obscenities. Now, I’m not a bomb expert, so I have no idea what this bottle-looking thing is, so I call my immediate supervisor, who says to call the police. The police refused to deal with it, so we then end up calling a bomb expert. Poor guy was probably fast asleep. Turns out it was just a dry ice bomb, and the offender was a recently graduated senior sharing what he thought about Lakeside.

TH: Insane and a waste of time and resources all for a prank.

DM: Now that we’ve learned about some of the Lakeside’s most notorious prank encounters, what would you say are the most common problems you encounter when working here at night?

TH: Well, at night, Lakeside is a completely different place. All the janitors are usually gone, and the only legitimate person on campus is the security guard. That being said, there are usually a lot of people who want to use the campus in the middle of the night. I’ll be just walking around, drinking my energy drink or whatever I need to stay awake, and I’ll see someone trying locked doors, walking around buildings, not every night, but often enough. Usually, a simple request to leave is enough but on one occasion, a man started to advance on me. I needed to raise my arm to keep him out of my personal space. Then there are the sexual acts, once including a teacher.

DM: Hopefully not with a student.

TH: Thankfully not. It was with their partner, but it was still a huge shocker.

TH: Not all of the midnight wanderers are here to smoke dope or hook up. In fact, a lot of alumni visit Lakeside in the middle of the night, coming to reminisce. Some of the most peaceful moments I’ve experienced have been during the night shift at Lakeside as well. I remember during some past winters, I would sit in the cafeteria with a cup of hot chocolate, and just watch the snowfall in the outside darkness.

During the interview, Tom noted that “I remember some nights thinking if only people knew about the stuff I’ve seen here.” Well, now we all do, and because of it, I can say for myself, and surely many others, we have a newfound appreciation and respect for our campus security guards. “I’ve learned a lot from working here and actually believe this job has made me a better person,” said Tom. This statement is something I think we can all agree with, as students or as teachers. It truly was a pleasure speaking with Tom, and I encourage you all to do the same, whether it’s asking questions, saying hi, or just saying a quick thank you for all that he does for us and for Lakeside.