Segregated Discussion: The Only Fix for Male Silence 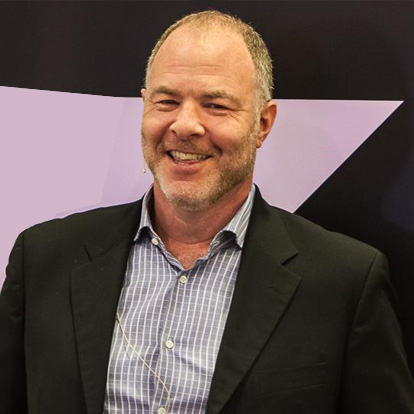 Gender violence activist Jackson Katz spoke at Lakeside on the 15th, covering a wide range of topics from domestic violence to sexual assault on college campuses. In preparation for Katz’s talk, advisories watched and discussed his Ted Talk in an extended advisory period. About half of the hour-long space was left open to this discussion, directed by the prompts towards subjects like “The Bystander Effect” (Katz’s redefining of abuse to include those who witness it) and how students felt about the Ted Talk in general. In my experience, it wasn’t a productive discussion. Though one of Katz’s main points was that gender violence is a men’s issue, the men/boys in my group fell silent, myself included. A senior brought up the same behavior during the Q&A after the assembly speech, saying that her male classmates had nothing to say in the discussion. Halfway a request for Katz’s help, halfway a call out of lousy participation, the question made me think of my advisory as part of a larger phenomenon.

If it wasn’t clear yet, there is a problem here. For all the Ted Talks and discussion prompts that frame gender violence as something for men to take notice of, Lakeside’s boys seem to have fallen short. Now how can we fix it? Relationship violence, sexual assault, sexism, etc. are issues where by and large women are victims and men are perpetrators, and yet in discussion groups, the boys just refuse to speak up. I’d like to argue that in the future, discussions about gender violence and sexism should happen in groups segregated by gender, with the exception of a smaller alliance group that could include non-binary and gender-fluid students, as well as a small number of boys and girls.

This may seem counterintuitive. The word segregation may have set off an alarm in your head. But, there is no other way to make sure boys participate. When sexism and gender violence are on the table, boys leave it up to girls to speak, a phenomenon that I’ve seen paralleled with white vs. students of color in discussions about racism. In a room where only boys can talk, there is no option to sit back and listen to the girls without risking participation. Boys cannot default to silence about issues that so clearly affect them.

Of course, there are possible counter-arguments. A detractor of this idea might say that a mixed-gender group allows boys to hear the experiences and stories of girls. There is a solution for this too, a solution Lakeside has employed in the past. Anonymous stickie notes filled out in advisory or in an anonymous survey allowed students to share how they felt on a range of issues, and the stickies were hung in the WCC on display. Why is this not an option for students to speak out about sexism? These anonymous testimonies could also be used in all-male discussions as real-world examples without forcing survivors of abuse into a vulnerable position around people they may not be comfortable with. Forgoing this idea, example scenarios are also a great way to bring realistic stories and experiences to a discussion. Another counter-argument might be that it’s necessary for boys to talk in front of girls, that their words are meaningless if they aren’t taking the extra step to share in front of people their actions may have affected. This person might say that cold-calling boys in a mixed-gender group is the best way to ensure a balanced discussion. I’d argue that forced participation is just as bad as silence. It carries with it none of the effort and intention of genuine discussion.

Jackson Katz was insistent, time and time again, that men must sit up and take an active role in fixing these issues. So far in our short discussion, that hasn’t happened, and I’d like to propose a solution for the future. If boys continue to fall silent when these topics are discussed, Lakeside will have failed in its job to prepare us for the real world ahead, a world in which we must be active players in issues of sexism and gender violence. It is essential for future discussion that we find some solution for boys to participate, and I’d argue that the clearest, most obvious one is gender segregation.