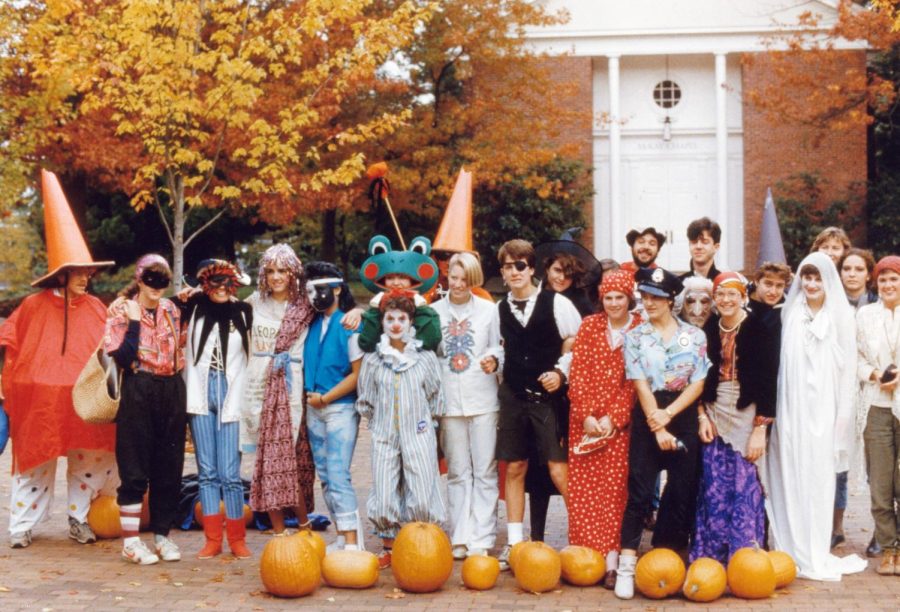 With Halloween around the corner, I decided to investigate how Lakeside has celebrated Halloween in the past.

Currently, Lakeside allows students to dress up for the day and has an annual costume assembly. During the assembly, students compete to win costume categories, such as twins, and teachers from each department dress up in a group costume and compete for the year’s bragging rights. The science department is currently dominating, take home the trophy most times in recent years. However, this assembly is a more recent tradition, conceived in 2006.

Historically, Lakeside has experimented with different ways of celebrating Halloween, including pranks and dances. According to an article in a 1979 issue of Tatler, “Recently at Lakeside, there have been plans of another Halloween costume contest and pumpkin sacrifice.” A pumpkin sacrifice, although undefined, really does seem like an interesting school-wide event. Other Tatler editions from 1937,1960,1961, and 1964 describe an annual Halloween dance in which there was “a treasure hunt, a pie-eating contest, a caption contest, and sundry other activities.” In fact, in 1937, Tatler’s fourth year of publication and Lakeside’s 18th year in session, an article describes Halloween pranks at Lakeside: “Halloween at Lakeside didn’t pass without a few pranks. In spite of the fact that many rooms were locked, the spooks managed to invade many rooms.” Now doesn’t that sound a lot more fun than an annual assembly? Imagine being allowed to teepee McKay Chapel or sticky note a Bliss classroom. A more service-oriented tradition was practiced in the 1990s, when Lakeside hosted Halloween parties for low-income tenants of the Mt. Baker Park Apartments Community, a gesture which was greatly appreciated by residents. What a great way to spend Halloween and give back to the community!

Unfortunately, all these Halloween traditions don’t exist anymore, and Halloween at Lakeside has become a mellower occasion. But since the annual assembly started only 13 years ago, it might be time to commence a new Halloween tradition. Good luck to everyone competing in the costume contest, and may the best department win!