Bringing Back the Pumpkin Competition 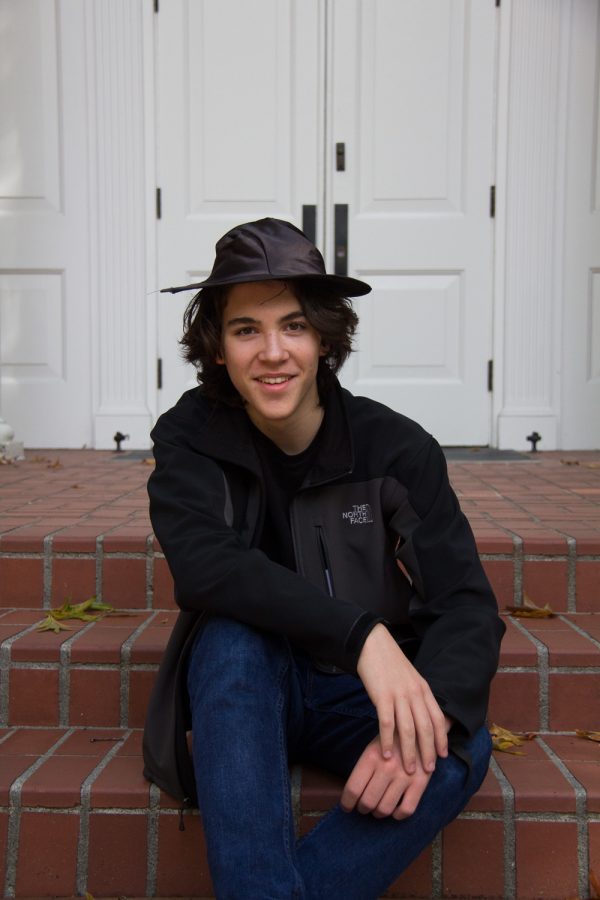 Lorenzo C. 22' celebrates the start of the Halloween season(Kinsel)

With the autumnal embrace of October comes the promise of terrorific enchantment, homes bedecked in finery of jack-o-lanterns, (hopefully) fake cobwebs, and nightmare-inducing animatronics. All of these are things that make Halloween so special for so many. Youths worldwide are enamored with the idea of Halloween: put on a costume, physical or otherwise, and become something else for a change. Grant yourself permission to let go of worry to just be frightened. Spend the night downing candy, using the spookery as a suspension bridge effect so just maybe you’ll be noticed by the person of your affections. For all these reasons and more, I am reminded of a middle school tradition — the advisory pumpkin competition — and its sore absence from our high school lives.

Though Halloween once had religious roots, now the practice is more secular and consumerized. A quarter of the nation’s candy purchased yearly is for Halloween, and a total of $9B was spent last year on costumes, sweets, and other holiday items in the US. This only nearly fell short of 2017. For a relatively cheap holiday — considering the necessities to be a costume and a jumbo bag’s worth of sugar drugs — this is a huge sum. Clearly the vested interest of corporations supplying spooky stuff explains the sudden shift to Hallomania that occurs as early as the start of September. Going from billboard ads, it seems like “Halloween is here” the first ten months of the year!

Others may pine for the indulgent daringness of Halloween, and they may daydream about living a life less afraid of exploration. I instead turn to these spoopy months looking for something somewhat different: the more symbolic enjoyment of Halloween’s Gothic influence. The macabre and dark which lurk beneath the charmingly unscary bedsheet ghost outfit. It is a shame, then, that Lakeside seems so lackluster in their attempts to honor this heavy atmosphere. I know that many of us may feel too old, too mature, too high-horsed to bother extorting the suckers who leave the bowl on the porch unattended. We are Lakesiders, after all. But refusing to read into the deep meaning of Halloween? It’s as though our litany of English courses have taught us nothing.

Or have they? Many students, when simply asked, replied quite similarly to me on this pressing issue. Based on the results of the monthly Tatler poll, 62% of responders felt the school doesn’t do enough for Halloween. When asked if they would support an advisory-based activity, the majority, 60%, replied in the affirmative. Shocking numbers.

One of my favorite traditions from the middle school campus is the advisory pumpkin contest. Each year, you knew the Latin kids would win (just like last year), their accurately scaled and historically factual diorama granting them fame and fortune. Still, the contest was simple and basically pointless. All that mattered was the incentive to come together and inadvertently (and advertently) create art — honing our abilities to honor the past, present, and future through fun. Who could have resisted such beauty at so young an age?

To learn some more about the administration’s view on my vision, I met with Mrs. Maiorano. She told me that “back when the class of 2016 were sophomores”, a good few years back, that they tried a pumpkin competition-esque ordeal with advisories. “It was more about bonding than competition”, though, Mrs. Maiorano told me. It was discontinued thereafter for safety reasons — she told me to “Google it: bagels and pumpkins, people slicing themselves open”.

Ironic as it may be that safety has become a concern only as we step into the more matured role of high schoolers, it makes sense. Cutting liability and running with the standard, a tried-and-true costume exposition. She did helpfully suggest that a more competitive, prize-oriented debacle with non-compulsory enrollment might make waves. But it makes me wonder…

Halloween, one could say, is a gamble. That your costume will be well received, if you have one, or that your plans will fill the hole in your life for some kind of nightlife, costuming, horror flick, or existential dread. To that end, I leave this for you all. Hopefully you find meaning in it, like candy in a bowl. Happy holidays — and trick or treat!