What Causes Gender Imbalance in classrooms 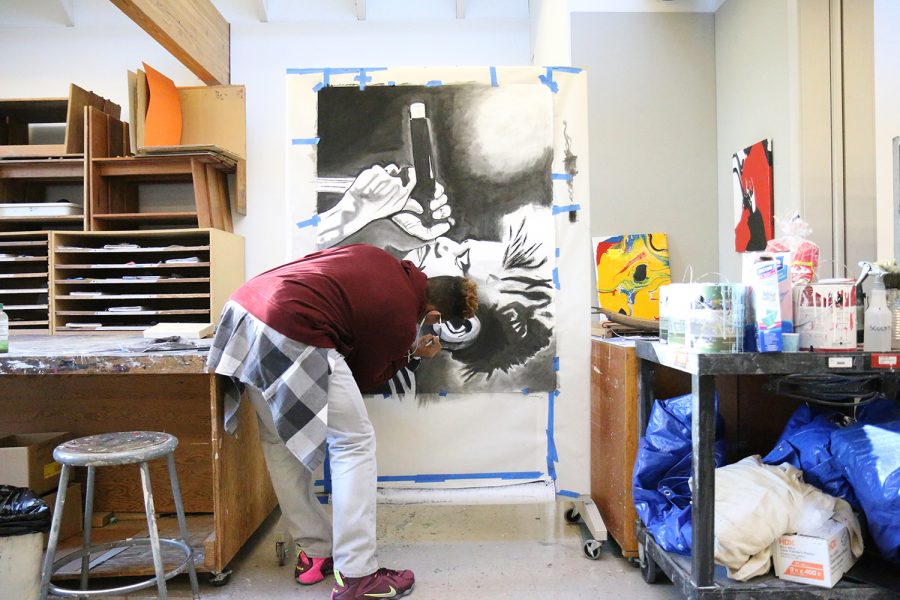 This year as a sophomore, I noticed that I have a few classes now with a significant gender imbalance; my Intermediate Drawing and Painting (D&P) class has three boys and thirteen girls, and my Accelerated Geometry class has eleven girls and four boys. Sitting in class, I often wonder how this imbalance occurred, so I set out to find out how Lakeside courses are formed, and how we as students can help to create a more balanced classroom. According to Mr. de Grys, classes are formed mostly around students’ preferences. Other factors are considered when making schedules; one of these is gender balance in classrooms. Most classes are very balanced; only around 20% are not. Mr. de Grys explained the role of gender balance is considered by introducing the idea of critical mass, which according to Merriam-Webster, is “a size, number, or amount large enough to produce a particular result.” Critical mass applies to gender balance in classrooms since the school “wants enough students of a particular population so that they feel comfortable” in the classrooms. Schedule makers try not to have a class with only one, two, or three people of one gender, but because the priority is student choice, that does not always happen. The ripple effects of student choice can also have an impact. For example, there is a Strength and Conditioning class as well as Games and Movement class 7th period that have a combined ratio of thirty boys to six girls. During that same period, there is an English 10 class. Because so many boys are in a PE at that time, the English course has fourteen girls in it and only two boys.

Classes that have the most considerable imbalances are usually electives, some examples being: Yoga Fusion, Bioethics, Drawing and Painting, and Games and Movement. What makes these classes so appealing to some and less to others? Taking D&P as an example, I brainstormed with Jodi Rockwell, a D&P and Ceramics teacher, on some ideas of why this is happening. Jodi described D&P as “a more solo activity. It might be an art that fits the personalities of introverts more.” Jodi also described how the class is less physical than other arts like ceramics or sculpture for example. Age-old stereotypes saying that art is more of a girls activity and that boys should be doing more physical hobbies might play a role in this imbalance. Of course, we cannot just blame stereotypes for the imbalance in the studio because everyone has their reasons for signing up for different classes. We can only speculate that stereotypes like these might be subconsciously circling in students’ minds and might have a role in the courses that student signs up for.

Things might be looking up for Drawing and Painting. This year’s Intro to Drawing and Painting class has more boys than Jodi can remember ever enrolling, a whopping eleven to twenty ratio. Jodi thought this change might have something to do with the Middle School’s new male art teacher, who might be seen as a mentor to the middle school boys to continue D&P.  Jodi also talked about how best to attract boys to try out drawing and painting. She said, “Student influence is the most powerful thing.” This comment can be applied to all classes; encouraging other peers to try out the classes you love can help create an equilibrium in genders for courses that in the past have been a little off-balance.