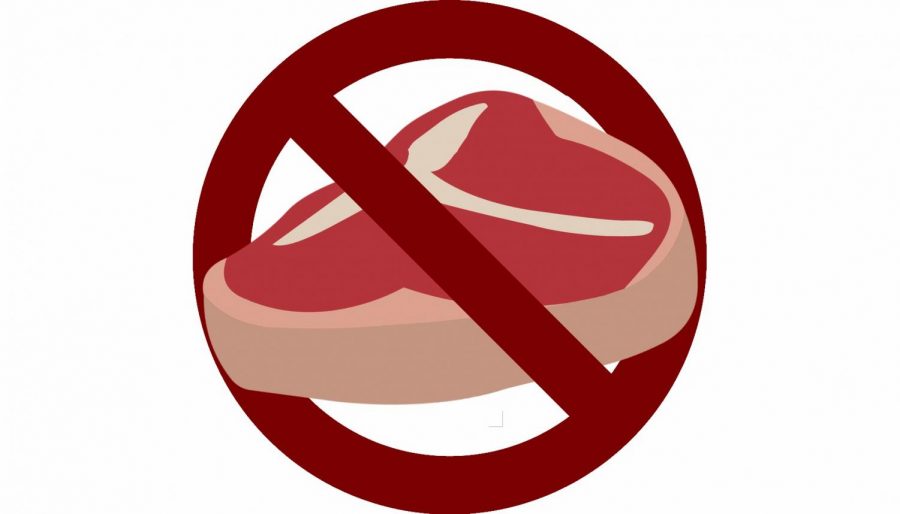 As a fun challenge to eat healthily before consuming our weight in Halloween candy, the three of us, NhiVan, Anya, and Leyla, have decided to eat as vegans for a week. Going vegan means cutting out all animal products, including dairy, eggs, and honey. Plant-based diets are animal-cruelty free, lead to more health benefits, and are environmentally friendly. Veganism actually doesn’t mean eating salads (gross!) for every meal, but, with some careful planning, it can force you to incorporate a rainbow of colors onto your plate.

I started out the week excited and ready for a fun challenge; my sister and dad also decided to join in. I had gone grocery shopping beforehand and had searched for recipes online (chickpea brownies and the like). But as someone who eats anything and everything, having restrictions on my food was difficult.

At home, I usually eat Vietnamese food for dinner, so finding and cooking meals to replace what our taste buds were used to was challenging. Many of the sauces and condiments were off limits. Lunch, on the other hand, was easy — I usually made a sandwich with tofu (courtesy of Leyla) and hummus, or put veggies in a tortilla wrap and called it a meal. Snacking, though, was hard only because of the long list of ingredients. A lot of my go-to snacks were a no-go. I ended up going simple with popcorn, hummus, and dried fruit. Overall, finding and making vegan food wasn’t too hard, as long as I planned ahead and bought the ingredients beforehand.

My rampant hunger was a big issue for me, though. I found myself hungry during the day.  Looking back, I don’t think my protein and fat intake was high enough, and my diet was rather high in sugars and carbs. To combat that, I attempted to add more beans and tofu to my meals. Still, after lunch most days, I would usually have to get a Luna bar, which has a whopping ten grams of added sugar, or a banana to get me through the rest of the day.

I’m already a vegetarian, so cutting out extra animal products wasn’t as difficult as it was for NhiVan. My greatest meal change was breakfast, where I had to sub out my eggs and yogurt for Trader Joe’s O’s and soy milk. That wasn’t my favorite thing in the world. And I had to miss out on donuts twice over the week, which was particularly traumatizing. But I made up for it with a vegan cookie. Honestly, this challenge might have been hardest on my mom, who does most of the cooking in our family.

I do have to agree with NhiVan in terms of increased sugar intake on a vegan diet. Over the past year, I’ve done a few two- or three-week stints where I don’t eat any sugar — so no honey, maple syrup, corn syrup, fructose, or cane sugar — except in fruits. Those weeks were far more difficult for me than this challenge; you don’t know how much sugar sneaks its way into your food until you can’t find any bread that’s unsweetened. Because of that experience, I’ve become far more aware of the food I eat and the sweets I consume; I want dessert only at dessert time, not during my meals. But being a vegan meant that I had to sacrifice some of that sugar-sensitivity in order to, quite literally, eat. If I didn’t want to be a burden on my mom by forcing her to cook vegan for every meal, I had to buy processed food, most of which contains sugar. Especially if I was snacking at the Refectory, my only choices were sweetened soy milk or 10-grams-of-added-sugar Luna Bars, neither of which sounded particularly attractive. But anyone who isn’t a stickler for processed sugar or can make their own healthy vegan meals shouldn’t have as much of an issue.

Unlike NhiVan and Anya, I already self-identify as “vegan.” The quotes, of course, refer to the fact that I’m fairly lenient when it comes to eggs, because in addition to avoiding meat and dairy, I’m also gluten free. For most of my life, I’ve been gluten-, dairy-, and red-meat-free, but this past summer, I decided to take the leap and go “vegan.” I decided to first try cutting out chicken and turkey, then fish and seafood, then eggs, until I was fully vegan. However, once I passed the “fish and seafood” marker, I realized how hard cutting out eggs would truly be (especially in addition to my other restrictions), and decided to assume my position as “vegan but egg-lenient.” Was this mostly due to the fact that most baked goods contain egg? Perhaps. But after living my life this way for a solid two months, I embraced the chance to take the next step (bye bye, eggs) and happily agreed to participate in the challenge.

I usually eat two main meals a day, lunch (tofu sandwich/bagel; I swear they’re good) and dinner (rice or pasta with sauce and veggies combo), something small (usually toast) for breakfast, and snacks in between. Coming into the week, I thought it would be all smooth sailing: if I stuck to my regular food and made sure to avoid eggs, it would all be fine. That was, however, before I discovered that all gluten-free bread has eggs. Because my breakfast and lunch plans were off the table, I heavily relied on the WCC for my food, which turned out to be more of a challenge than I had anticipated. There were multiple lunches this week that I couldn’t eat at all, either from the gluten or the non-vegan ingredients. With this on top of the fact that I have seventh lunch, I ended up having smaller snacks throughout the day rather than full meals, which presented its own set of problems.

Like NhiVan, my main challenge this week was hunger. While I didn’t end up starving at any point, I did have pretty bad hunger headaches, which, similarly to NhiVan, were likely due the insufficient amount of protein I usually got from the tofu in my sandwiches. Instead, I filled this void with Luna bars and sugary cereal, which I’m sure only contributed to my headaches. Overall, if I’d had more time to actually prepared meals for myself instead of relying on the WCC, I might have ended up having a better experience than I actually did.

Going vegan is hard. Should we have prepared more? Yes, especially when it comes to eating at school. During our interview with Mr. Resnick, Lakeside’s Head Chef, he highlighted the difficulties of feeding a thousand mouths a day — everyone has different taste buds and interests and needs. But it’s also hard to find healthy vegan options in the Lakeside cafeteria, which burdens high schoolers who can’t make their own food. While the current options do a decent job, there’s always room for improvement. Further education on plant-based eating and its benefits could also help shift the mentality on Meatless Mondays and other healthy options in the refectory. For those considering taking the plunge, home-prepared meals would be the easiest way. Everyone should go vegan, but keep in mind that it may be hard to do so. But hey, it never hurts to try it for a week.