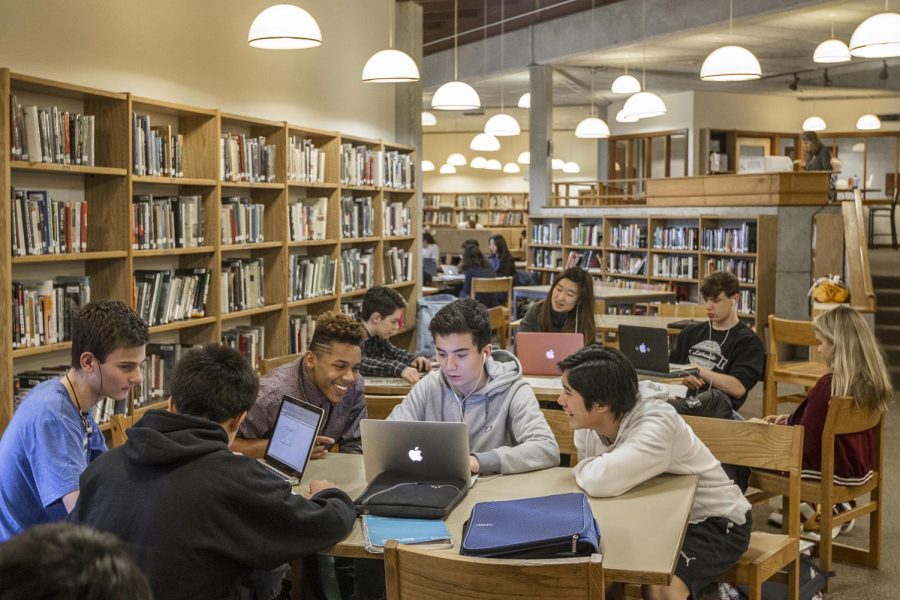 Another year begins at the Lakeside School, and it’s looking to be a momentous one. It makes sense, of course: This year we celebrate 100 years of Lakeside, and our next graduating class will be that of the year 2020 — a whole new decade to start off the school’s next century. As a new freshman, I can attest that there is something in the air that speaks differently; though, of course, that could just be new-student vibes. But why just me? After all, I’m just one of a hundred-plus new students from all different schools and cities; we have a smaller class than a similarly placed public school. Thus, the question remains: what are our first impressions?

Lakeside prides itself on being unique, and that difference is reflected in the early impressions of the freshman class. Perhaps the most noticeable is the campus, which is not restricted to one building as most other schools are. When asked what was something unique that they liked, freshman Henry R. ’23 responded “I really like the campus and walking from class to class outside.” Of course, one unignorable detail, even perk, of the separated buildings is the instant fresh air! A perk until, as demonstrated in the past days, Seattlite rain claims yet more hapless victims.

Many others also enjoy the difference they sense in the environment. To put it simply, “People are more sketchy! At my previous school, I mean” says Edward Y. ’23. Perhaps a bit of an overstatement, but it captures the essence of one of the things that separates schools like Lakeside from large public high schools. A smaller, more selective community puts more compatible classmates with each other, leading to less “sketchy people,” even on a joking level. On a more serious note, he commented “My previous school had larger class sizes, which greatly impeded the ability of students to learn because a lack of ability to individualize on behalf of the community.” Perhaps it is a feature of all private schools, but Lakeside’s smaller class size does allow far more individualization, as well as the ability to better know one’s peers. This may be a caveat to some, since the smaller community means there are less people, and therefore less variety, though for many this is easily traded in for the intimacy which comes with a smaller community.

Another trait at Lakeside is the freedom granted to its students. This varies from the allotted free periods to the dependence on personal planning for home and school work. “I like that there’s a lot more freedom,” says Mulki A. ’23. “At my old school it was like, “Break? You gotta stay in this area or you’re in trouble!’”  Lakeside’s commitment to greater student freedom is also reflected in how seniors can go off-campus, and how juniors are granted this same freedom on a conditional basis. Despite this, the extra freedom and flexibility, although gratifying to most, can be worrying or even stressful. It requires more responsibility and individual agency on the student’s part, since one has to weigh whether to use their frees to relax, play, or do homework. However, most agree that the allotted frees are either an opportunity to relax during a hectic day, or a perfect time to take care of homework before school is over.

There, of course, is the academic challenge of attending Lakeside. When asked about Lakeside’s differences compared to her previous school, Kayla G. ’23 replied “It’s bigger, the academics are more challenging.” Henry R. ’23 also replied, albeit with more enthusiasm, that “Lakeside is definitely a lot bigger, and probably has more homework!” We aren’t yet far into the school year, but the pressures starting to set in. That, of course, could be seen as a good thing. Ky C. ’23 said as much, saying that “it’s challenging so you get to challenge each other.”

Being a new student myself, the school is indeed difficult, and only looks to be even more so as the year goes on. Despite that, the year is off to a great start, based on the admittedly little experience I have to compare it to. I believe that Lakeside’s reception of this year’s freshman class is stellar, though we have yet to see how it will be in the coming months and years. Overall, this freshman class’s first impressions on Lakeside can be summarized well by Mulki A. ’23:  “If it was on a scale of 1 to a party, I would say it’s a party!”