Kings School and the Piercing of the Lakeside Bubble 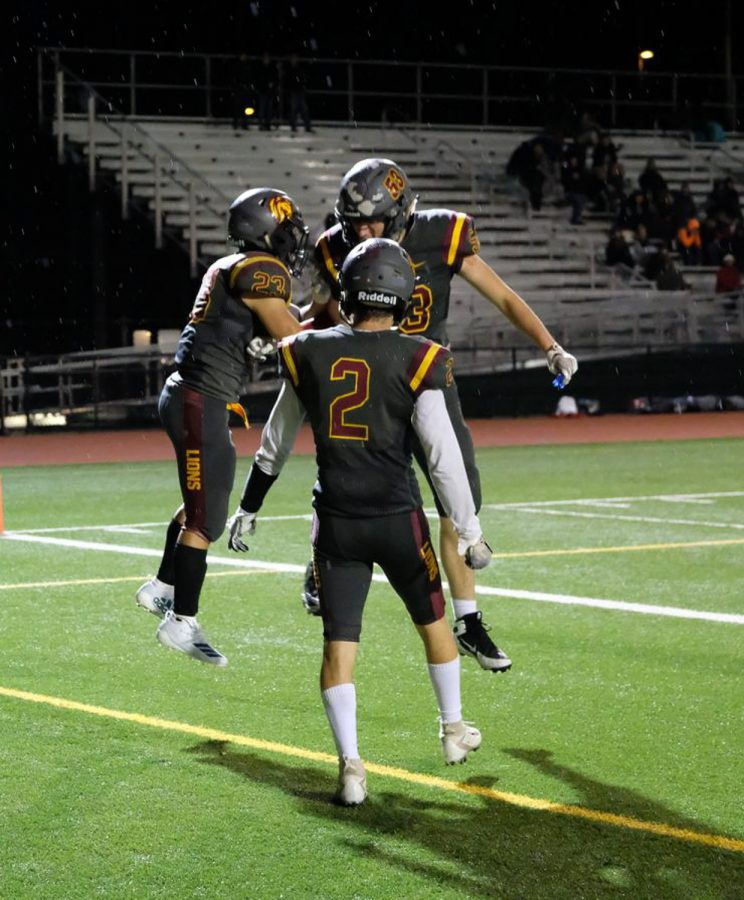 On Friday, September 13th, under the Ingraham field lights and a darkening fall sky, the Lakeside Lions crushed the Kings School Knights 55-22. Juniors Youngjoo L. and Max B. lit up the field with three and two touchdowns respectively, and D lineman Nathin W. ’21 recovered two fumbles against the sputtering Knights offense. After the first Knights TD of the game, Brenden C. ’20 blasted through an open lane on kickoff for a stunning 80-yard return. It was a hell of a game to watch, especially considering the way most Lakesiders felt about Kings.

Nathin told me that Tuesday that someone had sent an article about their upcoming opponents to the football group chat. He explained that Kings School had recently come under fire for its stance on gay marriage. “The Bible teaches us that sexual intimacy is reserved between a marriage between one man and one woman,” said Jacinta Tegman, CRISTA’s new director, in an interview with KIRO. Tegman’s previous efforts at loving thy neighbor included campaigning with Edmonds group “Sound the Alarm.” In 2006, the group gathered signatures for Referendum 65, a measure designed to repeal a Washington gay rights law they saw as “part of a systematic effort to normalize homosexuality.”

The Lakesiders in the stands that night sported rainbow face paint, brought by Junior Alice G., and held up a “Go Lions” sign with the same colors. On the field, Declan S. ’21 wore a pride wristband. It seemed like a given that Lakesiders would take offense at a clearly homophobic stance, given our GLOW club and Student Sponsored Days. In advisory, we discussed the issue with no small degree of outrage. It seemed crazy to me that the other people I saw that night in the stands, the dad wearing a red K on his hat, the cheer team with their pom-poms and choreography, the red helmets lined up against my friends, were part of a school where our ideas about tolerance were out the window. The bubble I existed in, where sexual orientation was safe to express, did not extend to the other side of those stands. And that reality is more common than many of us here at Lakeside might think.

Gay Straight Alliances, clubs organized for LGBTQ students, are present in 13 out of 16 Seattle public high schools (according to 2018 data). According to the National School Climate Survey, these clubs create a stronger sense of community and lessen instances of homophobia in school. Only three states have a majority of secondary schools with these clubs: New York, Massachusetts, and Connecticut. Washington ranks somewhere in the middle ground according to a CDC map, meaning between 25 and 49 percent of schools have GSAs. Anecdotal instances of homophobia are present everywhere. According to a HuffPost article, 14% of religious private schools (like Kings) have a clear anti-gay stance, and discrimination by these schools is legal under federal law.

It’s often said of Lakeside, and of Seattle in general, that we live in a bubble, and for no issue is this truer than homophobia. While Lakesiders may feel safe expressing their orientations, you only need to look to the other side of a home football field to find those opposed. If there is a lesson here, it’s to be grateful for our school’s protections and for the climate we’ve created, where, when faced with homophobia, our kids can wear face paint and get angry and crush the knights on the face of CRISTA’s anti-gay crusade. And though we cannot change the views of Jacinta Tegman or the school she runs, we can work our hardest to foster the opposite climate and go beat their terrible football team again next year.