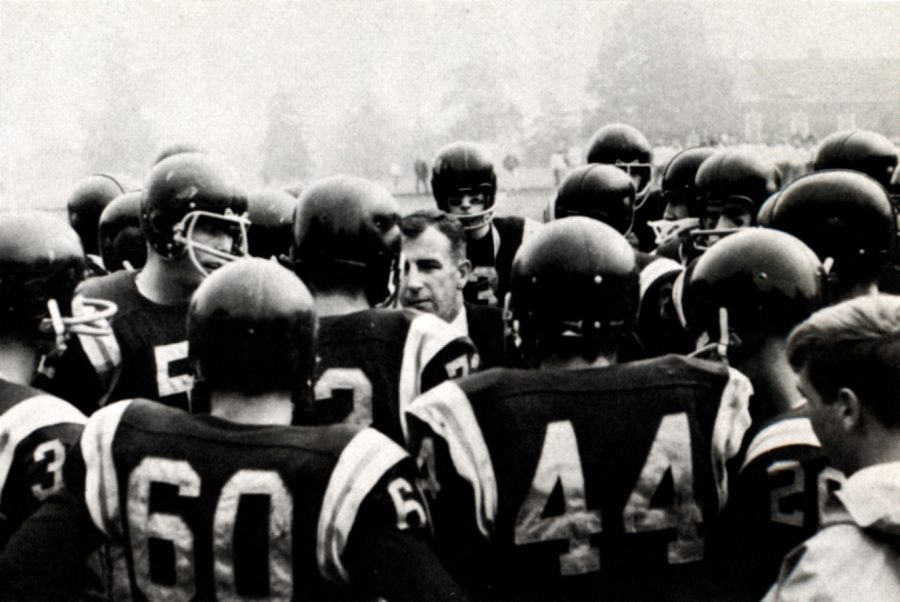 Senior Fall is known as being one thing: miserable. With college applications clogging up everyone’s minds and students itching to get out into the real world, seniors have to find an outlet to release their stress and take the time to focus on anything else. Luckily, the fall is also home to something marvelous: football. For a bunch of seniors, that outlet is the football team. This year, eight seniors have joined the team for the first time. Eli P ’20, Liz B. ’20, Ezra P. ’20, Brenden C. ’20, Ryan H. ’20, Alice W. ’20, Charlie H. ’20, and David P. ’20 have all signed on to be part of the team for their last fall as either a player or a manager, contributing to the record high 48 player roster.

When Eli P. was asked about why he decided to start his football career senior year, he says that “it was always a bummer seeing a lot of [his] friends playing on Fridays and just sitting in the bleachers. It’s [his] senior year so [he] figured why not. It’s a sport that [he’s] definitely always been interested in.” His passion for football sprouted in seventh grade when he became “really good at Madden Mobile” and has continued throughout high school. He also attributes his joining the team to a sudden and miraculous growth spurt, saying that “now that [he is] 6’5”, [his] mom isn’t as concerned about injuries.” While his understanding of height is questionable, his versatility is not. Eli has been practicing with the linemen, but when asked what position he predicts he will play in the season, he said that “starting quarterback” is his preferred option, but he is also “one of the most qualified hydration specialists on the team as well.” With talents at quarterback, lineman, and waterboy, Eli will be tackling football from all sides. The Lions are lucky to have added such a multifaceted player to their roster.

The team will also welcome its first female player. Liz B. has played volleyball in the fall for her first three years of high school but decided to “try something new” her senior year and go for it. Football is a new sport to her, and the level of strategy, planning, and teamwork go pretty much unparalleled across the other sports that she’s played:  “Other than football at recess in fourth grade, I’ve never played… I don’t understand the sport very well yet, so learning the plays and the game has been rather confusing. There are a LOT of plays.” But Liz has been studying the playbook, doing extra conditioning, and putting her heart into it to make up for the lost time. “I’m most excited about the learning strategy for a new game and trying a sport I never thought I would have the chance to be on a competitive team for.”

The team is also welcoming Alice W. as a new manager this year. Alice has been on the crew team for the majority of high school but decided to be a crew manager as well as a football manager for her final year at Lakeside. Football has been an interest of hers for a long time. Growing up, she would watch the Seattle Seahawks with her brother and she wants to take part in the high school football experience before she graduates. Her brother, Michael W. ’22 has also joined the team this year.

Head Coach Mike Lengel is very excited by the addition of so many seniors to lead the way for the numerous underclassmen. He says that “there are 15 seniors on the roster right now, and each one of them will play an important role for our team on and off the field. Some of them have been with our program since their freshman year and others have joined later, but the football program prides itself on finding value in every member of the roster, no matter their experience level.”

The football season kicks off September sixth with an away game in Yakima to fight the Selah Vikings. With a record high roster size and well over a dozen seniors, the Lions look forward to the regular season with optimism, drive, and most of all, numbers. 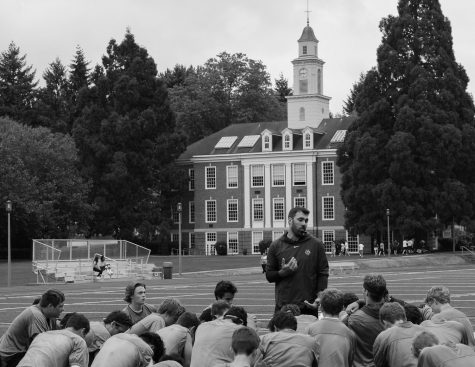