“Everyday I would come home from work and sit on my porch with my host sister. We would just sit there for a while, making friendship bracelets, braiding each other’s hair, and laughing a lot.”

“Doi Mod was a nine year old boy in the village who was overflowing with energy. Although he was not anyone’s host sibling, he was always hanging out at a Lakeside student’s house, playing with you, or just walking around.”

Durian, a fruit known to smell like garbage and that has been banned from some hotels was not a crowd pleaser.

“Ferdinand, the groundskeeper at the nonprofit that we worked with. He worked tirelessly for the entire day with minimal breaks and not once during our entire month did we see him complain or stop working.”

“All of the little kids in the village didn’t speak a lot of English, so one of the only phrases they knew was “Good morning!” As we walked home every night, in the dark, the kids would yell ‘good morning’ at us. It’s become a running joke in our group, so now we say good morning to each other as soon as it’s dark.”

“Jingyi W. ‘21 and I got these flying ant bites (could also have been termites) that were very gross-looking–it was like a bubble had attached itself to my leg. At first, no one knew what was the cause of the bites. Once we figured it out though, all was well, except for the fact that the symptoms had started to set in. There was one day where we went on a short hike to a nearby village, and after a little bit of work, I had to lie down for the majority of the time there.” NhiVan T. ’21

“Bolis (fruit flavored popsicles with fresh milk and fruit). Some of the more popular flavors included coconut and mango.” Abby A. ’22

For Josh, the best parts of the trip were the Cultural Nights in which the villagers and students did cultural exchanges. Josh recalled one night when the students taught the local elders dance moves, writing that they “had the pleasure of witnessing the village elders dabbing, whipping, flossing, and doing the Macarena.”

Josh described a day in which students shadowed their host families: “Our dad pulled up in his van, the back seats removed.  As he started to unwind the hose, we rushed out to offer help. We had no idea what he is up to and asked, but he decided to keep it a secret and just told us to get a mop.  Since meeting him three weeks ago, we had come to realize our dad was quite the oddball, so we complied with no further questions. Then, he opened the van’s back doors and sprayed down the inside of the vehicle.  Grabbing the mop and a bottle of dishwashing fluid, he proceeded to squeeze out some soap and scrub the now-soaking inside of the van. During the process, he seemed to have some trouble getting around the seatbelts.  He then turned to us and made a cutting motion at his hand, saying something we couldn’t decipher. Turning to the house, he yelled for his son, who quickly ran out carrying a machete. We asked him what he was planning to do, but he didn’t respond.  He took the machete and cut the seatbelts out completely. The three of us stood around the van in disbelief.”

Impacts of the Trip on the Group:

Josh wrote that one main impact of the trip was the subjectivity. Students became more aware that needs, wants, and morals are all subjective to the people that they come from.

Best Memory
“Getting used to the small-town type of living. It was very refreshing to have a break from the big city, and experience something so new and different, and feel like a part of the community and family.”

Most memorable person:
“Loana, my four year old neighbor. I played cards and drew with her almost every day. She has such a sweet spirit and I miss her so much already!”

Impacts of the trip on the group
“We definitely grew and bonded as a group. I grew closer to a lot of people on the trip who I didn’t really talk too much before, and I’m very grateful for that opportunity.”

“One night while I was eating dinner with my host mom Mami Dina and Audrey L. ’21, my homestay buddy, I saw a huge crab walking across the floor of our kitchen. Mami picked it up and walked outside. Instead of putting it in the garden, she picks up an 18 inch machete and starts hacking the crab to pieces to stop it from eating her vegetables. Classic Mami Dina move.”

Most memorable person from the place you visited:

“Ustad’s ten year old host brother Ahuura left a big mark on us because he was so smart, hilarious, and SO CUTE! Before we left to come back to Seattle he wrote everyone really sweet notes and begged us to give him our shoes.”

“Fafaru – fish cooked in rotten seawater – is supposedly really good, but I couldn’t get past the terrible smell.”

“Having a dance party with the elementary schoolers at 1am in the morning to super loud Spanish pop music.”

“Raw taro leaves. You’re only supposed to eat them after cooking them, but I didn’t know that and took a big bite. It felt like I had a mouthful of stinging nettles for the next 15 minutes.”

“For me it was hitting a 102.7 degree fever and still shopping for souvenirs for another three hours because we didn’t have our hotel room yet.” 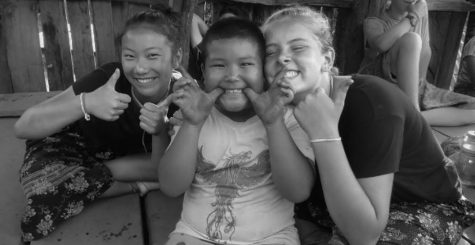 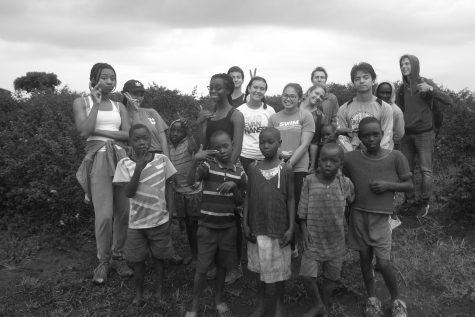