Lessons About Music, Community, and Food at Tanglewood 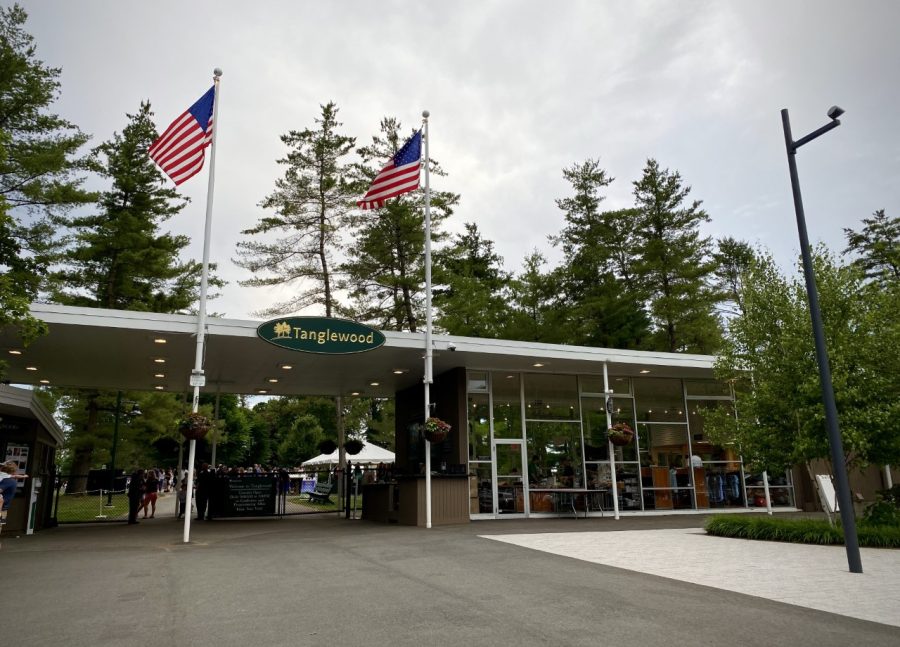 Justice may never slumber so long as evil stays awake. In much the same way, musicians’ holy crusade to never let the air grow still continues through the rest and relaxation – in relative terms, of course – of the summer months. The ways this occupation may manifest itself depends person-to-person – I took to stressing about recordings and cussing out Bela Bartok for being a massive jerk – yet among the most universal of experiences is that of the summer music camp. An elegantly titled program, the summer music camp is exactly what it sounds like: a camp, during the summer, for music.

It is also just what Minoo J. ’24 undertook for eight weeks of this past summer, playing the oboe for the renowned Boston University Tanglewood Institute summer program. Under the auspices of the titular school’s College of Fine Arts, this 56-year-old program gathers musicians ages 14-20 in Lenox, Massachusetts, for eight weeks of musical education. Two of them consist of instrument-specific workshops, followed by a six-week orchestra program with co-running wind ensemble, vocal program, and piano program. Students could also choose to participate in smaller ensembles, like quartets.

One notable experience Minoo documented was the arrival of members of the nearby Boston Symphony Orchestra, the second-oldest of the American “Big Five” symphony orchestras, to give master classes, lectures, and lessons. “We actually had three oboists from the BSO come in, who taught us everything from sound and technique to performance and presentation.” Beyond receiving lessons, he and other BUTI participants had the opportunity to attend concerts and listen to such high-level musicians. That list included the BSO itself, along with [put names here], all for free under BUTI’s pass.

Experiences like these set the Tanglewood experience apart from any remote music camp he had attended prior. He found the latter “a bit hard to engage with [and] focus on,” which the in-person Tanglewood camp completely sidestepped. BUTI’s many in-person opportunities, like the aforementioned concerts, elevated his time at the camp. “To actually experience that music live – you don’t get nearly any of the same sounds or emotions when you’re just listening online.”

There were a few hiccups, however, foreseen and unforeseen. Tanglewood is notorious for its bad food, which Minoo tentatively confirmed – adding that a few people even got food poisoning – but one entirely novel disruption was COVID-19. Minoo recounted how he caught the virus at the camp, for the first time since the pandemic began, along with a few clarinetists and flutists. They and he, the only oboist, ended up in a week-long quarantine in a single building. Optimistically, he commented that “it was fun, getting to know the people in that building and being able to socialize,” but conceded that it was still a quarantine and that the food was, in fact, still not good.

In the end, though, he deemed the experience worthwhile. He described how he got to learn about the classical music community and related career opportunities; particularly, how the field could evolve beyond “an esoteric hobby” and go out to engage the community, and learn how “music represents them and represents us.” Not only the “classical music we’ve been playing in the western centric world for centuries, all usually by white men, but also trying to adopt these new works by new and diverse composers.”

As such, he described how in coming back to Lakeside he wishes to participate in more chamber groups, go beyond “the regular western classical tradition” and experiment with other genres. Finally, he advocates for greater outreach in the orchestra and band programs at Lakeside. He asks, “How can we play with more people and engage more people, go out into our communities and play, or volunteer, or compete?”

Classical music is understandable to so many and rich in history, yet it’s accessible to relatively few. What Minoo learned represents an ongoing endeavor by many, including the Lakeside music department itself, to encourage the latent diversity related to the field as its mainstream expands to include more variations, composers, and communities. In a field of art so uniquely elemental as the sense of sound, his takeaways seem only appropriate.