#Gentleminions: Suiting up for the Cinema 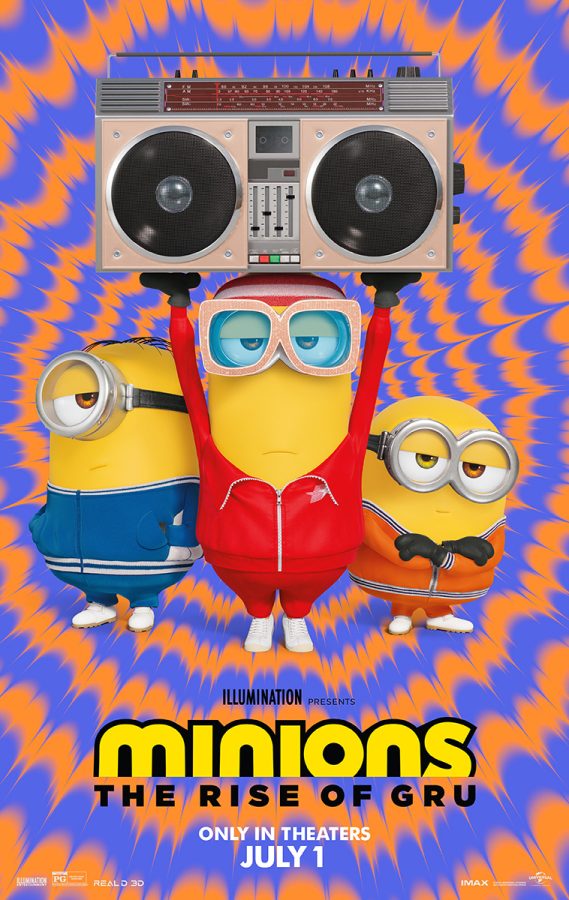 “Who are these tiny tater tots and where did they get so much denim?” was Gru’s first thought on these little yellow fellas, as was ours 12 years ago when they first popped up on the big screen. They’re petite, shockingly inept, and every Halloween, are the subjects of countless suburban family’s group costumes: the Minions. After taking a five year hiatus since Despicable Me 3, the Minions are back in the spotlight. Minions: The Rise of Gru released in July, and has thus far grossed over $750 million globally. With an audience score of 89% on Rotten Tomatoes and a rating of 6.7/10 on IMDB, the movie was entertaining, but not particularly groundbreaking. But something set this movie release apart from every other splashy animated film; this one drew in an unexpected crowd.

Maybe it was the nostalgia of our favorite childhood movie franchise, or the promise of an epic origin story, but teenagers and young adults flocked to the theaters for The Rise of Gru. The weekend of its release, polls found that 64% of viewers were between the ages of 13 and 25. Although clearly not the target audience, teens and young adults on social media quickly made the new flick a cultural sensation. Thus emerged the Gentleminions.

In a now-viral TikTok video, 18-year-old Bill Hirst and his friends flocked to the movie theaters after their school dance to experience the latest installment of their favorite childhood series. Still sporting their grayscale formals, they inspired young men all around the globe to fall in line. Outfits ranged from sweeping cloaks to First Communion-esque suits paired with knockoff Rolexes, but there was a common mission. These young men demanded respect. They demanded attention. Much like Gru and his minions, simply put, they were agents of chaos.

As can be expected when you combine teenage boys with a movie about villainy and talking bananas, our Gentleminions quickly got out of hand: they threw popcorn, formed mosh pits beneath the screen, and shrieked at the sight of Bob the Minion at a volume that can only be described as that of an NSYNC concert in 2001.
Within days of the original TikTok video being posted, signs began popping up at theaters. “Due to recent disturbances following the #Gentleminions trend, any group of guests in formal attire will be refused entry for showings of Minions: The Rise of Gru,” read one sign at Odeon cinemas in the U.K.

Nevertheless, they persisted. Donning baggy hoodies and sweats over their formal attire, they were able to waltz through security and wreak havoc once inside the theater, the most well-known example of this being at a location of the aforementioned Odeon cinemas. In a four-video series with a combined view count of over 18 million on TikTok, user @jamesnormandy defied the cinema’s policy by sneaking a suit and bunch of bananas into his local theater with a group of friends; he, in turn, received a £125 fine. He refused to pay it and returned with an even larger group of Gentleminions, who were surprisingly able to evade the cinema’s bulked up security.

Today, if you visit your local theater, you won’t see many Gentleminions. As these things go, the internet moves on and teenagers find another wacky fad to latch onto. In a few months, the whole affair might be remembered only as a COVID-induced fever dream. But even as Minions: The Rise of Gru transitions from theaters to on-demand, expect that someday, the Gentleminions will make their return.