The Harvard Haze: How I Let College Cloud My Vision 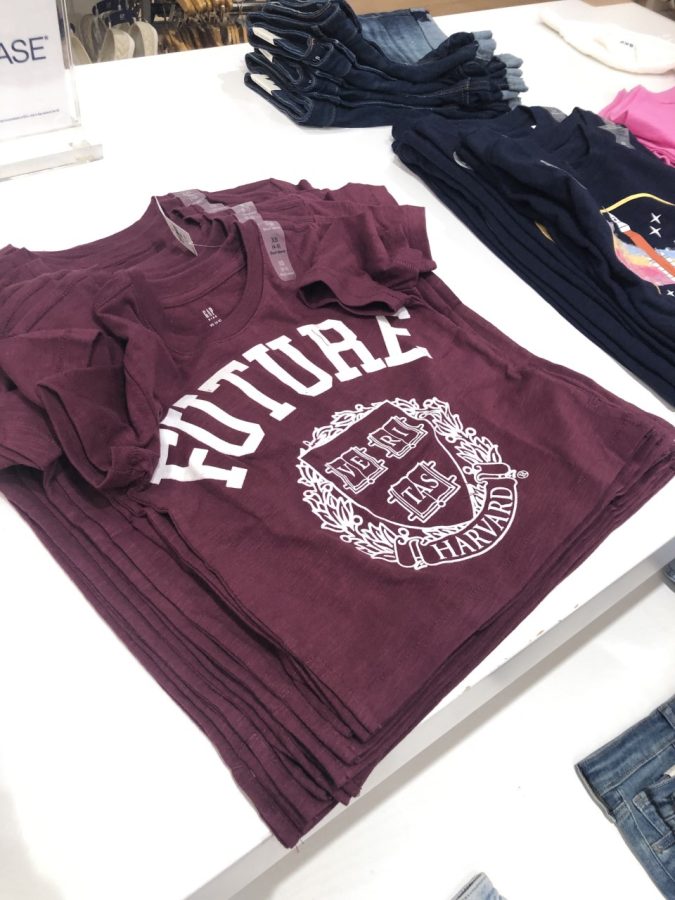 “Recently, as I sign up for courses, I agonize over whether to take honors or accelerated math as if my mother’s life depends on it (it doesn’t; she loves me either way). I worry that it might be that little difference—the one that sends me straight to the “reject” pile. ”

My first experience at Lakeside was defined by T-shirts. It was the first day of sixth grade, and mine was light pink with little brown dachshunds printed all over. As I timidly walked through the hall, smoothing a wrinkled dachshund, I couldn’t help but notice a particular logo, printed on T-shirts throughout the school: Harvard.

By seventh grade, I had purchased a two-piece Harvard cheerleader outfit ($20 at Target, how could I resist?). I most certainly wanted to attend the university, but if you had asked me why, I couldn’t have told you. I wasn’t sure what I would study, and I had no idea what the weather was like in Cambridge (I probably didn’t even know that Harvard was in Massachusetts). What I understood was that everyone wanted to go to Harvard, so I did, too.

But nothing prepared me for eighth grade when my peers sprang into action, anxious to fulfill their Harvardian hopes. One day, when I wandered into a classroom to stow my lunchbag, I found a huddle of my classmates discussing which jobs they should work during high school to get into Harvard. “Something smart,” one mused. “Just not McDonald’s,” replied another. “Because Harvard wouldn’t like that!” (A friend of my brother’s and devout McDonald’s employee ended up getting into Harvard months after this conversation).

This constant focus on Harvard has become frustrating and confusing, but I’m not sure what to do about it. It’s difficult to resent my peers for wanting something that I want too, for yearning to attend the college that we’ve been raised to admire. As I head into high school, I genuinely want to help people and contribute to the world, but I’m not sure how to balance that with a subconscious fervor for Harvard.

It’s shockingly hard for “Harvard” and “helping people” to coexist, when just getting into the university seems to require competition and arrogance and planning.

I’ll never forget the realization I had last year as I completed an assignment for Wellness class. The instructions were to create a presentation to share with the class about an issue you are passionate about. I really enjoy working with kids and had been doing so through an organization called Learn To Be for a while, so I chose kids falling behind in reading. Then began the worrying: if I shared the organization name, would everyone start tutoring? How would my Harvard application stand out if I was doing the same thing as everyone else? I had foolishly made it all about me instead of recognizing the purpose of service: to help kids read! “Of course,” I realized. “I actually care about the students, so I should want as many people being helped as possible.” Luckily, I ended up including the organization in my presentation, but the embarrassment at having allowed Harvard to cloud my vision like t

hat remains vivid in my memory.

Recently, as I sign up for courses, I agonize over whether to take honors or accelerated math as if my mother’s life depends on it (it doesn’t; she loves me either way). I worry that it might be that little difference—the one that sends me straight to the “reject” pile.

I have nearly compromised my interests and values for a slightly less slim chance of getting into Harvard, and I am not okay with that. This is not to say that it isn’t a wonderful school—in fact, I still want to go there. But I’m slowly realizing that Harvard might not be quite as important as I considered it in sixth grade.

The other day, I was shopping in The Gap when a T-shirt caught my eye. My heart fluttered—it was the Harvard logo with its beautiful curves and ver-i-tas, and right above it, emblazoned in big, bold letters, was the word “Future.” Future Harvard. And I won’t even lie: I wanted it for a second. But then I reminded myself: going to Harvard is cool, but it’s not the only cool thing. The shirt was 50% off, and you know I love a deal, but that day, I mustered all my self-control and rejected Harvard, on my own terms.