When Spirit is no Longer In the Spirit of Things 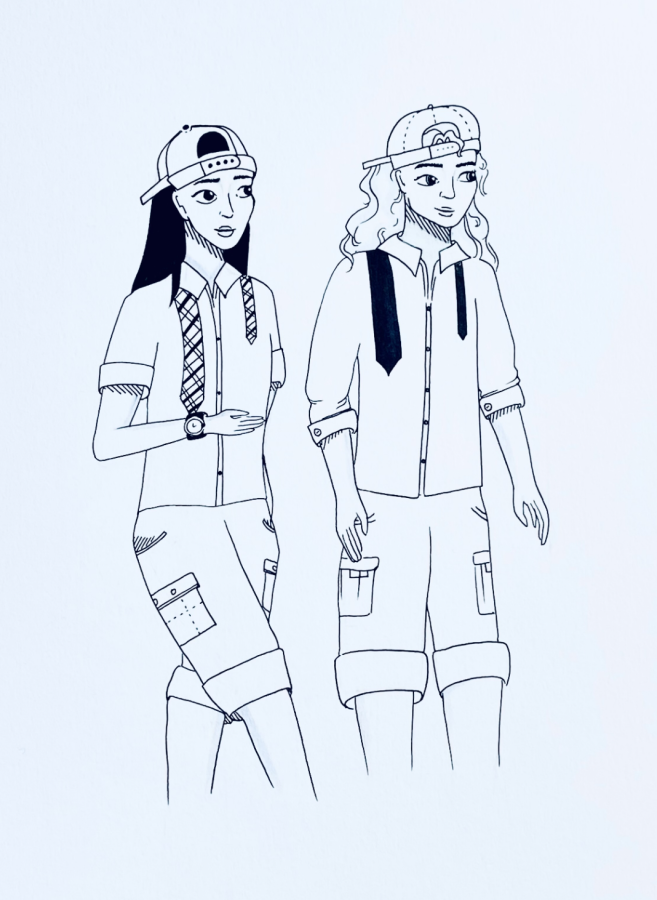 Irrespective of the season or weather, you will invariably see at regular intervals the miscellaneous appearances of what are essentially group costumes, carefully coordinated and able to transcend all grades and ages in terms of their membership. No, this is not some sort of Halloween-come-early, but  instead one of the most beloved traditions maintained at Lakeside: spirit days. I believe I speak for the general student body when I say that spirit days are one of the most unique facets to Lakeside’s culture and landscape. Even as a middle schooler at Lakeside, we never indulged in concerted efforts to match our clothing or represent shared membership in a team; in fact, I believe the very concept of “twinning” was outlawed at the middle school. Moreover, at other schools, the boring use of jerseys or team colors for spirits seem so utterly uninspired in contrast to themes such as “aprons sans shirts” and the pots, suitcases, and a shopping cart brought for “anything but a backpack.”

Yet, with all this wonderful creativity, when can spirit go too far? As a member of the freshman class entering the Upper School, I’ve found that myself and peers spanning all grades are enamored with spirit but simultaneously perplexed by the many regulations surrounding it that have yet to be advertised. Further, there didn’t exist much clarification as to how these rules were regulated, and the more my friends lamented about disagreements they had (such as whether or not “preppy” and “frat boy” truly violates such guidelines), the more I pondered if there was a process to resolve such complaints.

Though not provided with a formal list of policies, Mr. Hartley did send me the central tenets of Lakeside’s policy on spirit, which included a ban on the purchase of excess items, a ban on the appropriation and/or mocking of peoples or groups, a ban on anything deemed too revealing or otherwise inappropriate, and an encouragement to simply don your team apparel when lacking ideas.

Reading through the guidelines and talking about them with others, the immediate reaction was a little understanding marred by a lot of confusion—confusion not at the nature or content of the rules (as many wholeheartedly agree with those) but with why the student body was only able to see them if they explicitly asked about them, especially when the guidelines were so transparently clear and reasonable.

Further inquiry with Mr. Hartley yielded an answer. As he explained, at the beginning of every season, the program heads meet and discuss expectations for the season, including, but not limited to, the rules governing appropriate spiritwear. Coaches are then supposed to confer with their captains prior to spirit days and ensure the plans will conform to such guidelines. Notwithstanding, Mr. Hartley was quick to concede there are obviously times when this process doesn’t work: “I believe all students here are really trustworthy and have the best intentions in mind, but [using the coach-student pipeline] is the step we’re supposed to take and when that’s missed, we do sometimes end up with dress that’s inappropriate, gray area inappropriate. However, since this policy has been in place, there haven’t been any big gaffs, and for dress that doesn’t meet the guidelines [that are in a gray area], those are times when I circle back with the coaches and ask them to have a conversation with their captains or the full program about why I don’t think that’s a good choice.”

Despite this policy and chain-of-command strategy, though, there are times when students disagree with the administration’s ruling on a certain spirit. One such instance (albeit dated) is that of the Lakeside men’s frisbee team’s usage of skirts for spirit during the fall season. In this situation, the seniors (after extensive discussion among themselves and within the team) decided to have all members of the team wear skirts—not as an inappropriate gesture or as a means of mocking anyone, but simply as a new, fun, and original idea. Nevertheless, it was not interpreted that way by the athletics department, and seniors on the team described how “despite receiving only positive feedback from the student body, we were met with major censure from the administration…”. The reactions to their spirit’s cancellation by the administration was one of indignance and outrage, as the team had spent weeks meeting to ensure there wasn’t any malicious intent behind their spirit. Today, the discussion between students on the team and the administration as to whether it was or wasn’t within the guidelines for spirit is ongoing, and probably won’t end soon. Such trends of disagreement don’t end there: recent instances of department-student quarrels over what is appropriate for spirit have continued in the form of the tennis teams and crew teams, both of whom had to rebrand their spirit from “preppy” and “frat boy” ideas, respectively. Such decisions have spawned even further confusion or discontent, and I still vividly remember the symphony of “what?!”s, eye-rolls, whispers, and disappointed head-shaking which played out in the WCC and other buildings after students caught word of these rebrandings.

In all three of the scenarios above, it seems that communication on both sides is the issue here at play. As seniors involved in the aforementioned frisbee-incident put it: “Seniors were responsible for choosing spirit, and I don’t believe we were ever explicitly given the spirit day dress guidelines before the season.” Interviews with members of current sports produced similar responses: students just aren’t notified of spirit day guidelines before spirits are planned. It’s understandable that there may be spirits which are definitively inappropriate, and I think everyone can get behind the core tenets of the guidelines. However, it’s also at-times difficult for students to understand when and why a spirit theme will be interpreted as such when they aren’t aware of the rules, which leads to general sentiments of anger or confusion across the student body. There’s also a lack of communication occurring on the side of students. As Mr. Hartley stated in his interview, “My office is always open to conversation [on spirit guidelines],” and the onus is on the administration and student body to seize on such opportunities; coming to the table together to effect change where it’s needed and ensure greater clarity and communication for spirit days moving forward.