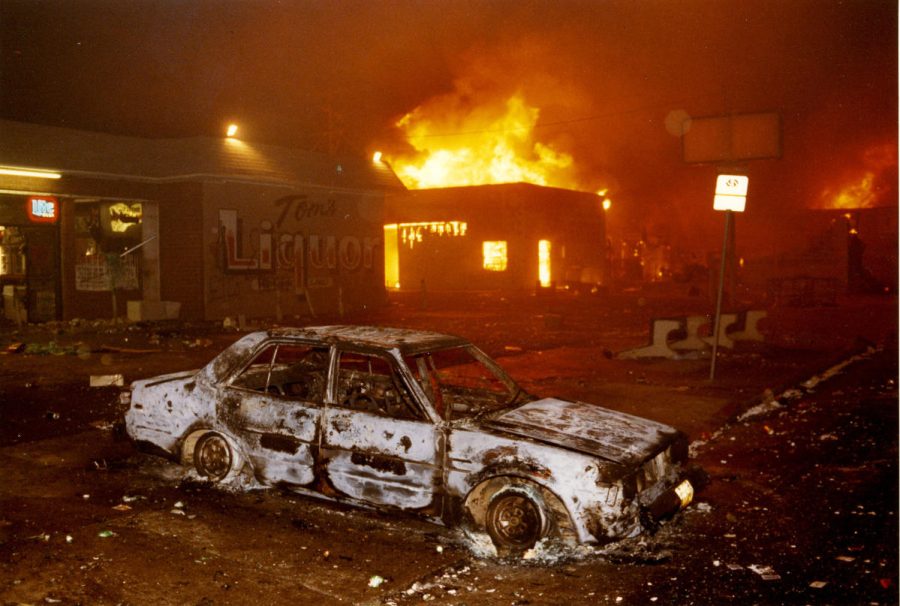 As movements empowering oppressed and marginalized groups continue to grow in our day and age, overlooked history can start to be discovered once again, along with its unknown effects that are very much still impacting the people of today. A great example of this is the 1992 Los Angeles riots, which came about through a multitude of factors that had been simmering before coming to a boiling point on that fateful week, resulting in 63 deaths, over 1,200 injuries, roughly $1 billion of damage, and torn apart communities. Blazing buildings and broken glass were commonplace in media coverage of the events, as was the boiling of Korean American and African American relations to the point of violence. The same issues that fueled these riots have come to light again and continued to be fought in the 21st century.

Of course, the riots didn’t start immediately; like many other protests, they were caused by years of tension and widespread fear. Tensions between African Americans and police were widespread as Operation Hammer cracked down on minority communities, purportedly to prevent gang violence. This precursive agitation contributed to the anger that followed the acquittal of the four police officers that brutally beat Rodney King, a 25-year-old African American man, after he lay down on the ground and slowly tried to stand up to show non-aggression. He suffered a broken leg, a badly cut and swollen face, bruises on his body, and a burn to his chest where he had been jolted with a stun gun. Though these officers continued to attack King well after he had surrendered, none of the men were charged with assault.

The events of the LA Riots from April 29th to May 4th further underscored this systemic inequality. Even during the conflict, the LAPD and National Guard flocked to the white, wealthy suburbs of LA, leaving store owners to fend for themselves. 30 years later, this systemic apathy has remained. Talks of diverting funding to areas in desperate need of funding never followed through. Areas that were never rebuilt after the Watts riots of 1965 remained neglected into 1992, and stay that way to this day. Plenty of places were simply abandoned instead of being rebuilt: burnt remnants of picturesque palm trees surrounded by fences rather than removed, areas promised “revitalization” rebuilt almost identically to their early-90s states and never improved again. Black people left the Koreatown area in droves, never to return. The other largest demographic, Latinos, were scarcely represented and continue to be left out of reparative discussions despite being one of the groups that continue to bear the most scars from this time. Seattle is far from immune from similar systemic issues. The effects of the 1992 riots spread across the nation, Seattle included, adding to its own history of racist residential policy. Redlining barring all “persons of Asiatic, African or Negro blood, lineage, or extraction,” although long gone officially, still remains in unenforceable vestiges in housing deeds in Queen Anne and other neighborhoods.

Much of the growth and reparations following the riots came from communities, rather than governments. And it is wonderful progress. The widely-covered SAIGU project is only part of a month-long campaign throughout the city to build bridges between the communities, fighting myths now long-established that keep them divided. Only two years ago, talk of community leaders making reparations only existed in one Korean newspaper article found through extensive searching, but the SAIGU project has received extensive coverage from every major news outlet in the area.

This pushes a theme that has been apparent throughout history, in which two oppressed groups are manipulated to divide among themselves to keep them from retaliating against the group in power. For example, there’s great evidence that in many battles between European colonizers and indigenous Americans, instead of fighting them head on, the European powers would take opportunities to pit indigenous nations against each other with European allies aiding one or both sides, leading to more bloodshed with less effort needed from the Europeans. This showed up yet again later on in history, once colonies had already been established in the late 1600s. Before the terms “black” and “white” became widespread, there was little difference in the statuses of Black slaves and white indentured servants. When this was taken advantage of by a man named Nathaniel Bacon, who brought together the slaves and indentured servants and led a rebellion, wealthy plantowners grew scared of this possible unification of two groups and widened the gap between them. This ensured that they could never band together and overthrow their oppressors again, greatly affecting the systemic racism we have today. The 1992 L.A. riots are thus only the latest results of a long history of discriminatory, separative policies used by the powerful to sow distrust between two minority groups and keep them from working together towards change.

The answer, then, is clear-cut. Communities have been doing the heavy lifting to repair the destroyed connections. Even outside of L.A., relations are mending: plenty of Asian Americans marched alongside African Americans in the 2020 Black Lives Matter protests, and vice versa for the Stop Asian Hate movement a year later. These communities must keep fighting for change in good faith. However, needless to say, governments must do more. First they must officiate this building of solidarity and fulfill promises made thirty years ago in the wake of the riots, then continue to do more for socioeconomic justice in an area that continues to be plagued with gentrification. All Angelenos of color were failed by a racist system in 1991, reflective of the country at large. Thirty years later, community leaders are pushing for greater change in the Los Angeles area. All of us are obliged to do the same in our own communities and nationwide.