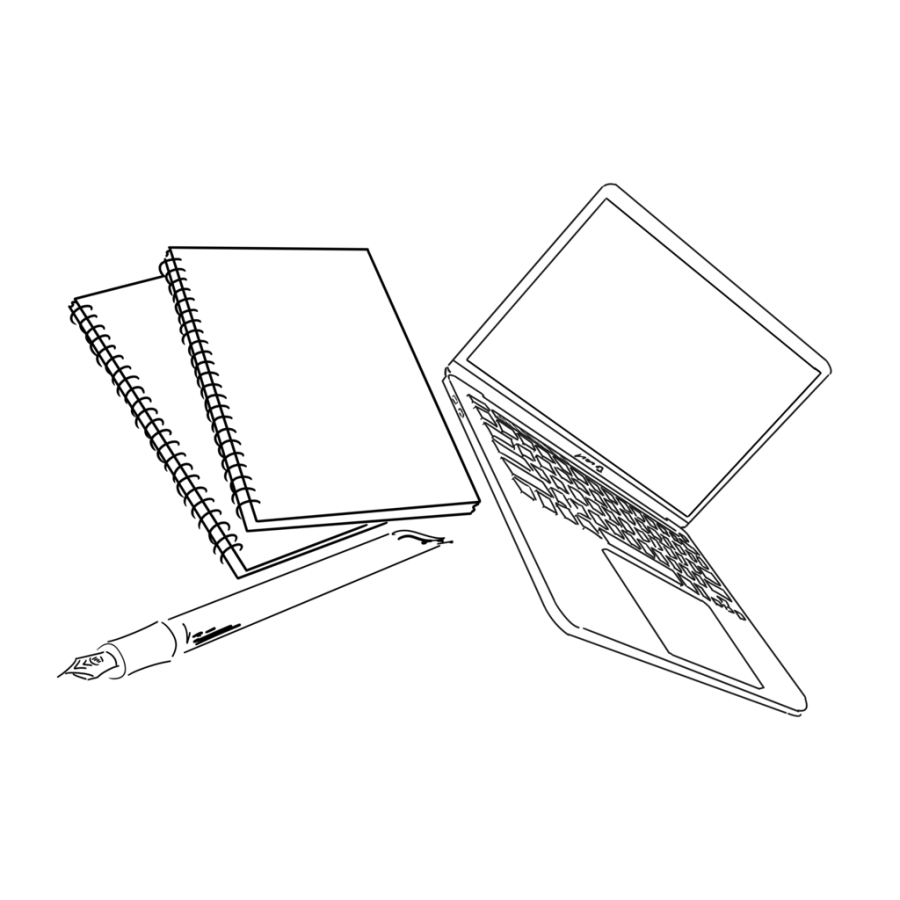 The Excellence of In-Class Essays (Gene)

In-class essays have a bad rep with students. But then again, so do homework, tests, and the idea of institutionalized education as a whole. However, people only dislike in-class essays because they don’t know what in-class essays provide.

Now a cornerstone of Lakeside Humanities classes, in-class essays bring an alternative to the long and stressful essays that accompany each new book or poem, or a teacher’s whim. These essays occupy students’ minds for weeks and swallow hours of time. They are graded more harshly, and the expectations are higher, as it’s assumed that the essays turned in have been written, edited, revised, and peer reviewed before submission.

On the contrary, in-class essays don’t require so much time and commitment. They are designed so that students can finish them in-class, and teachers grade them knowing that students only had a short period to work, with no time for revision and polishing. Usually, some indication of topic is given the day before, be it a list of possible prompts or general themes to consider. As long as a student has interacted with the material, they will be able to write something for an in-class essay. And they do. Of all the arguments, complaints, and jokes made at the expense of in-class essays, few target the difficulty of the task. After all, if significant amounts of students are unable to complete in-class essays, surely teachers would notice and change something. Students write as much as they can, as well as they can, in a set time period, and turn it in. After just one period of intense work, the essay for that unit is done.

And the time spent in-class is truly focused. With a finite time limit, students spend almost all of the time productively, whether thinking, scouring the text for evidence, or writing. The piece that results from this time is the product of a continuous stream of thinking by the student, and is often more cohesive and concise. On the other hand, asynchronous essays, when brooded over at home, allow ample time for distractions with their long, vague timelines, as well as feed into rampant perfectionism.

Some may argue that in-class essays are not useful. After all, when will someone force you to write an essay on the spot, besides for an in-class essay? In-class essays do not belong in a post-high school world, you might conclude. Yet the same thing can be said for math tests, history tests, tests in general… and the existence of Latin as a subject. Why teach Latin if the students aren’t preparing to become the Pope?

Just as asynchronous essays have merit, allowing for deeper research and a broader overview of a topic, in-class essays, too, deserve recognition. Nobody is writing any Tatler articles debating the merits and disadvantages of traditional essays, and soon in-class essays will also have the respect and credibility that they deserve.

Why In Class Essays Deserve the Hate. (Evan)

Once not long ago, the math test and the English essay combined to create the in-class essay. Soon after, humanities teachers took notice – after all, the in-class essay seemed to be the perfect tool to torment their students. All joking aside, in-class essays aren’t intended to torture students; nevertheless, they deserve the hate they receive. Here’s why.

Timed essays are designed to be strenuous – what’s the point of a time limit if not to make the essay more difficult? On top of that, certain elements of the essay can be adjusted to make it more challenging, like whether or not students get prompts before writing, or the time that students have to write. In the most extreme scenario, students might gather annotations for a prompt they don’t know beforehand, then handwrite a five-paragraph essay within a short timeframe. In general, unknowns and time pressure are large sources of stress; this scenario crams both into one assignment.

Not only are in-class essays stressful, but they also don’t help students prepare for their futures. Let’s trace back to the reason English classes are taught in the first place. Writing and reading are crucial skills to have in many jobs, and English classes exist to teach students those skills. However, in-class essays aren’t a valuable skill in the world outside of Lakeside. Ultimately, your future employers will never tell you, “Tomorrow, you’ll write a five-paragraph essay in an hour. Oh, and I forgot to mention, you need to write it by hand.” If they do, that’s a red flag – find a different boss.

By nature, in-class essays take less time to write than their regular counterparts. This is often seen as an advantage. However, this doesn’t take into account the preparation for the essay, as students are often encouraged to prepare in order to get a better grade. Nor does this take into account the different speeds at which students write; inevitably, some students will finish ten minutes before class ends, while others will come out of class with an incomplete rough draft. That’s an easy way to get a C.

Regular essays, although not ideal for all, are better. They allow students to choose how much time to invest into their work, which gives students greater control over the grade they receive as opposed to an in-class essay. In-class essays encourage students to sacrifice quality for speed. Rather than something cohesive and concise, students often end up with a jumble of unpolished sentences that ramble and don’t flow well. Therefore, in-class essays deemphasize good writing, which in and of itself is problematic.

In-class essays are stressful and provide little benefit to students, but the solution is straightforward: they need to go. Teachers and departments should reexamine their curriculums and decide for themselves whether or not assigning in-class essays is worth the mental toll on their students.