Should the Voting Age Be Lowered to Sixteen?

When an election comes and goes, campus conversations become filled with “what ifs.” What if another candidate had won? What if this candidate negatively affects my future? What if I had been able to vote? These questions fuel discourse among the student body as students lament being born just a bit too late. The argument that undoubtedly arises is that the voting age should be lowered. Two staff writers present their reasons for why or why not this should be the case.

The Case in Favor (Lorelei) 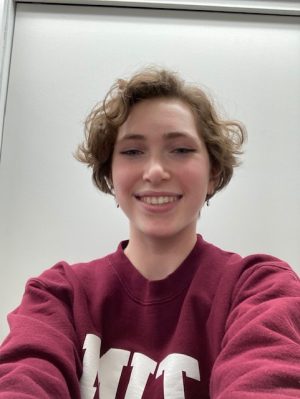 The voting age should be lowered to sixteen to reflect today’s politically conscious youth and the increasing number of youth affected by political decisions. The legal age to vote has been eighteen since the 26th Amendment was passed in 1971. In the 50 years since, it’s safe to say that things have changed. including the ways teens are involved in politics.

For example, the Bureau of Labor Statistics states that even in the wake of the pandemic, over 50% of people aged 16-24 are employed. That’s thousands of youth who can’t vote but still are affected by bills aiming to raise the minimum wage or protect workers against discrimination. Additionally, teens are expected to follow the law despite having no say in it, with 250,000 minors involved in the justice system annually according to the National Youth Rights Association. This system’s hypocrisy is obvious, yet ignored.

Lowering the voting age would increase voter turnout and civic engagement by instilling these values earlier in life. It’s been proven that voting is a habit, and if  politically active teens are allowed to vote before age 18, voter turnout could increase in the future. In this new age of social media and online news sources, we’re able to educate ourselves on issues that were previously inaccessible and use this knowledge to spur social change. Though young people have participated in activism for decades — recall 1963 and the Children’s March in Birmingham — Gen Z is arguably more influential than any previous generation, even in our early years. Our generation includes climate activists like Greta Thunberg and Seattle’s Jaime Margolin, authors at eighteen and nineteen respectively. And we were the ones who, through TikTok, came together to reserve over 790,000 unfulfilled seats (according to the New York Times) to Donald Trump’s Tulsa, Oklahoma rally last summer, effectively sabotaging the event. Some of the most important issues on the table today like public education, internet privacy, racial reckoning, or abortion rights are impacting teens right now far more than the senior citizens making decisions about them. Young people have undeniable political influence; only the law says otherwise.

Are adults afraid that young people will create change they’re not ready for? Probably. But that’s supposed to be the way of democracy. In a true democracy, what our country so proudly claims to be, every opinion is valued, whether one agrees with it or not. People of any age could be coerced or lack maturity, yet our youth is still held to these high standards. The way of democracy is to let them submit their opinions and deal with the consequences. Why isn’t the same principle applied to us?

The Case Against (Jackson)

Although many would argue we should lower the federal voting age to respond to today’s politically active generation, the ease with which misinformation propagates, the civically uninvolved and uneducated nature of our generation today, and the fact that most issues concerned in elections do not pertain to voters under the age of eighteen all show that the voting age should not be lowered. 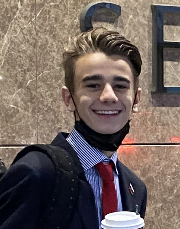 With the growing influence of social media on our generation, misinformation has achieved an unparalleled means of diffusion. Despite most people’s confidence that they’d be able to distinguish fake news from the truth, recent studies state otherwise, with Stanford reporting that 96% of high school students are unable to identify key indicators of false information. Moreover, 77% of those under the age of 25 expressed concern over the effect of fake news on young voters, and the New York Times found that a staggering percentage of the younger population tends to consume news that conforms with their worldview. Finally, although there are certainly concerning trends among adult consumption of fake news (as represented by the rising popularity of theories such as QAnon), the Wall Street Journal and Stanford have both reported that adult experience with the news allows them to be considerably less susceptible to accepting misinformation as fact and that only a small percent of older individuals fall victim to extreme falsities like QAnon. Thus, in spite of the fact that there exist some inherent benefits to social media, the threat it poses of polluting potential voters’ minds with misinformation is a central reason as to why the voting age should remain.

In addition to a tendency not to recognize incorrect reporting, the lack of civic education in schools contributes to a generation that has no idea of the complex systems that their votes are affecting. Although the community of Lakeside may give the impression that the majority of American students are politically conscious and engaged, this assumption is generally false. In fact, recent studies exhibit downward trends in American civic education and participation; with 25% of high school students unable to name the three branches of government and 60% of young rural voters along with 30% of young urban voters living in “civic seclusion” without any access to civic education. Studies conducted by the Pew Research Center illustrate that even those who have a civic education are hesitant and inconsistent in their voting, with barely 50% of millennials and younger people voting in 2020 (an election with the highest turnout of the 21st century); and all this information, in conjunction, also acts as a counterargument to the propositions contention that the institution of a lower voting age would increase turnout.

Finally, many of the issues included in ballots do not pertain to voters aged sixteen to eighteen as much as they do others. For one, many legislative actions regarding taxes are of little to no interest to younger voters as they can’t legally receive a credit card (a main source of taxation and means of participation in the economy). Furthermore, many proposed laws discussing infrastructure (i.e. the construction of new roads) or the military again, do not affect young (16 to 18) voters to the same extent, as exhibited by the fact that only 25.6% and 59 % of people 16 and 17 respectively currently have or want a drivers license. The fact of the matter is that younger voters will not be affected as much by the crucial decisions they make at the ballot box; why should we let them blindly influence things that have a larger impact on others?