A Look at Local Murals 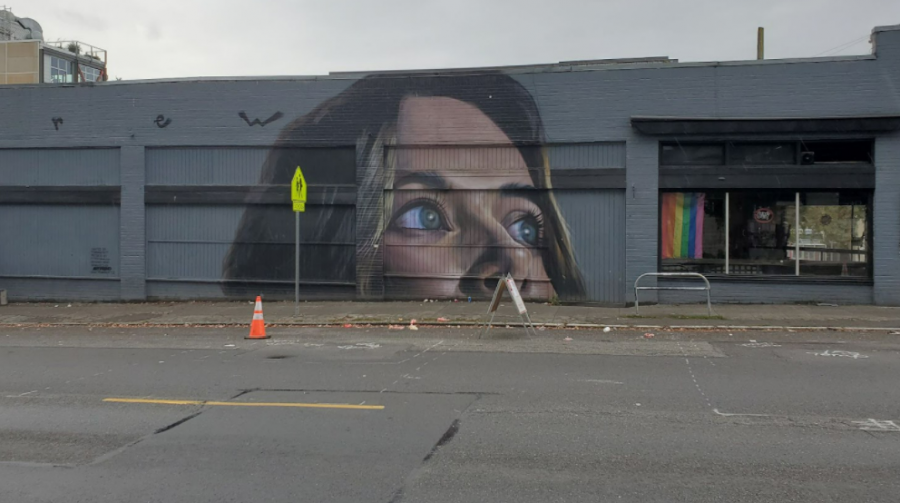 Murals, graffiti, and wall art are the hallmarks of a strong artistic community. It is thus expected that the Seattle area would be ripe with interesting art pieces along the sidewalks, parking lots, and storefronts. And I already take weekly walks around a particularly colorful neighborhood, Capitol Hill, so I thought a feature about such works of art would be nothing but appropriate. If you have seen any interesting murals, graffiti, or wall art in your neighborhood or elsewhere, please submit to the Tatler Poll!

Also, keep in mind that I am not a professional photographer. I took these photos on a three-year-old Android, and the streets were littered with cars, posters, lampposts, and, well, litter. 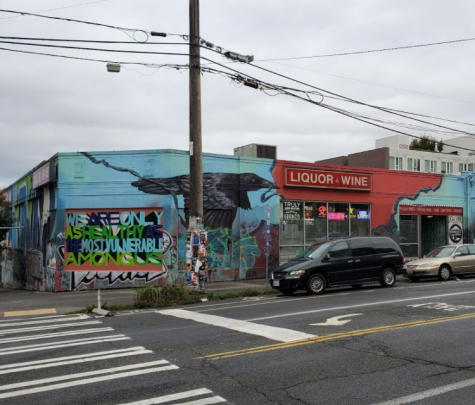 This mural is the east wall of a 2015 Urban ArtWorks project located on the corner of 12th Avenue and Pine Street. Notably, it directly faces the Seattle Police Department – East Precinct location. It was painted by Jamar J., Izzi C., Jerome N., Tracey T., Vy T., Jonshe L., Storm D., E.J. P.,  Connor M. Raziah A. Elizabeth C., Grace G. and Maya B. in partnership with the Seattle Office of Arts and Culture and 4Culture. The text reads “WE ARE ONLY AS HEALTHY AS THE MOST VULNERABLE AMONG US.” 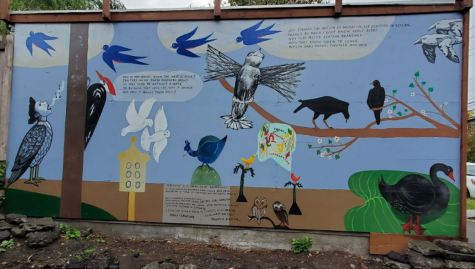 This piece, titled “Birdsong,” is a community celebration of a community tucked away near the corner of 12th and Olive. The left-side text reads “How do they decide when the nest is done? / Can they hear their feathers grow? / Do they sing to attract a mate / or because they love the way it sounds / and how it makes them feel?” and the right side text reads “How strange, the notion of migration, the question of return. / There’s so much I don’t know about birds. / Why they prefer certain branches. / How they know when to leave. / Which ones travel together, and why.” A collaboration between Mary Ewald and John Kazanjian of New City Theater and Fay Jones, a painter, it also lists contributors as Isabel Hamilton, Juliana Heyme, Kassie McIlvaine, Gene McMahon, Virginia Paquette, and Elizabeth Sandvig. The two stanzas are part of a poem by Terry Martin and the technical director is listed as Mark Clawford. This is a piece of street art placed on the wall of the Chop Suey nightclub, in front of the Chloe Apartments bordering the intersection of 14th and Madison. It was created by mural artist Drew Merritt.  This mural depicting Martin Luther King Jr. in black and white in front of a colorful background is located near the intersection of 14th and Pike. It was created by Lawrence Genette and helped by Michael, Danny, Simon, and VK (only first names are given), supported by Art Primo and officially sanctioned as a Capitol Hill Arts District Cultural Space by the City of Seattle. The additional credits sign was created by Michael Klontzakis. 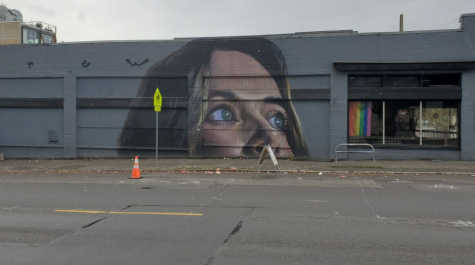 This building-wide art piece is installed on the Richmark Label building on the corner of 11th and East Pine, another Urban Artworks piece. Notably, it is adjacent to Cal Anderson Park and East Pine Street, the site of last year’s Capitol Hill Black Lives Matter protests. 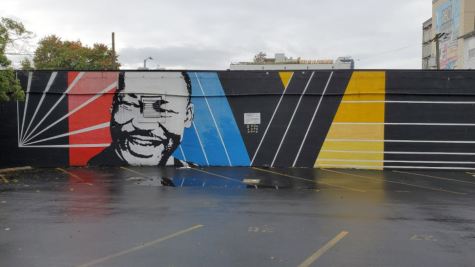 This final piece is one of a series of 11 installations nationwide by the “A Call for Kindness” mural campaign by Verizon Wireless. This particular mural was created by Stevie Shao, and is located in the Nagle Pl alleyway between the west side of Cal Anderson Park and several new condominiums and restaurants.