A Half-Baked Review of Squid Game 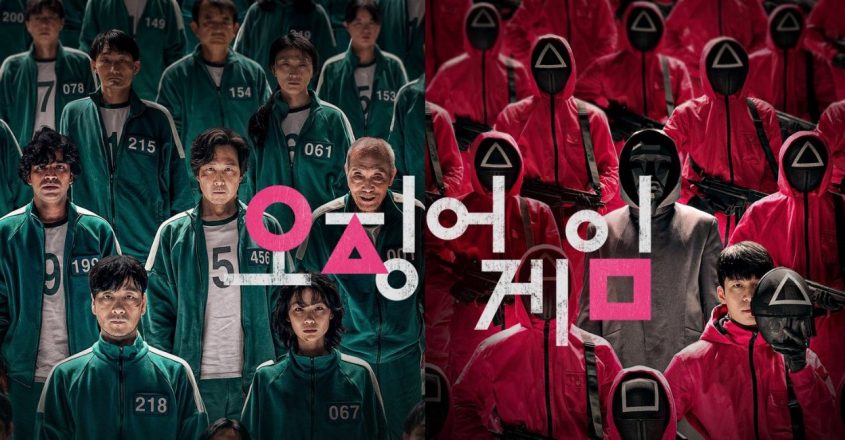 Guts, glory, gore, and… a giant laser doll? Throughout the past couple of weeks, Squid Game has swept through the charts (and hearts) of people all across the globe. With over 140 million viewers, the physiological, dramatic action-esque thriller is now the most-watched TV show on Netflix of all time and the biggest launch in streaming history. And boy do I have a lot to say about it.

First, a little background information. Asian media has become increasingly popular in the past few years, with hits like Parasite and Marvel’s Shang-Chi, so it’s no surprise that a show like Squid Game has come along. What is surprising, however, is how immensely impactful it has become. Related content is posted all across social media and the news, and people constantly discuss it in the halls. “I didn’t watch it, but I might as well have from all the references in popular media nowadays,” says one Lakesider. But does Squid Game deserve the hype and live up to its (now-iconic) name? Well, the answer is a bit complicated.

Okay, heading into my actual review now. Spoilers ahead. Though, to be honest, if you’ve made it this far without having most of the show spoiled for you already, I applaud you. So, let’s start this half-baked review of Squid Game.

When I started Squid Game, my reaction was pretty similar to that of most people. In the words of a Lakeside student: “NO! TOO GORY!” Typically, I’m not one for thrillers, psychological dramas, or shows with a more-than-comfortable amount of violence. But the buzz around Squid Game was too much, even for a hermit like me. So, I started watching it, and was immediately put into a state of shock. The story went from “Oh, he’s a terrible father and also not a great person in general. Yippee!”, to “Where is this, and why are there so many dead people?” in the span of 50 minutes. It was explicit, gruesome, and depressing — but, surprisingly, in the best kind of way. (Don’t take that the wrong way, please).

The first episode sets the scene for the entire show: our main character, Seong Gi-hun, is invited to play a series of children’s games for a chance to earn a grand prize. At the start of the episode, his imperfections seem severe — a gambler, an unreliable father, and an even less reliable son — yet, as the series continues, his morals seem more present than most other participants in the game. This says a lot about the other players, a group of people stuck at the bottom levels of society. All at the lowest point in their lives, they are deeply in debt and have nothing to lose. The game gives players a second chance at life, but this chance comes with a downside: if a player loses, they die. At the end of episode one, players are given the option to leave the game, yet in episode two, titled “Hell,” we see that most people return. In this case, hell doesn’t refer to the games themselves; rather, it relates to the societal discrimination and poverty that forces them to return to the brutal game. In later episodes, we’re shown that hell is both.

As you can expect, backstabbing, betrayals, and ruthless killings are commonplace throughout the show. And while the rules of the game lead to the ultimate conclusion that only one player will survive, it’s sad. Even if I had the whole show spoiled for me, it’s still sad. Although each player has their own vices and virtues, the show’s ability to weave in their complex (and mostly tragic) backstories and personalities conveys a sense of humanity in each one of them, and I couldn’t help but sob like a baby when the worst of them lost a game (case in point: Cho Sang-Woo). I’m sure you must have cried too.

For the rest of the show, I was intrigued. Not addicted, per se, but the show dragged me along with it, crushing my heart over and over again. Squid Game was definitely disturbing and at times heartbreaking, but its story was strangely compelling. As time went on, we could see both the players and the plot develop, and with so much emotional investment in the show, the ending seemed almost anticlimactic (or even dissatisfying). However, I think it provided a fitting conclusion to a series that should have a season two, and most other people would agree with me.

Now, Squid Game definitely has its flaws, like any other movie or TV show out there. To name a few: its English dubbing (which could honestly go in a whole other category on its own) and the rushed ending. Many have pointed out issues with dubbing, with some Korean speakers arguing that meaning is lost in the dubbed version of the show. Personally, the only wish I have is that its last few episodes were longer, and even though I was satisfied, I felt that certain parts could’ve been expanded on. Why did Jun-ho’s brother decide to be the frontman? Hello? And why would Gi-Hun dye his hair red? Anyways, there were a few details that could have been clarified, but it was an entertaining, memorable watch.

Overall, Squid Game was a bit over-hyped, yet even with my high expectations I enjoyed it more than I expected I would. It held my attention through all nine episodes, which is an incredible feat for someone as inattentive as me. If you haven’t watched it yet, I ask you to give Squid Game a chance — watch the first episode or two. It might become one of your favorite shows if you watch it, like how it is for me now.