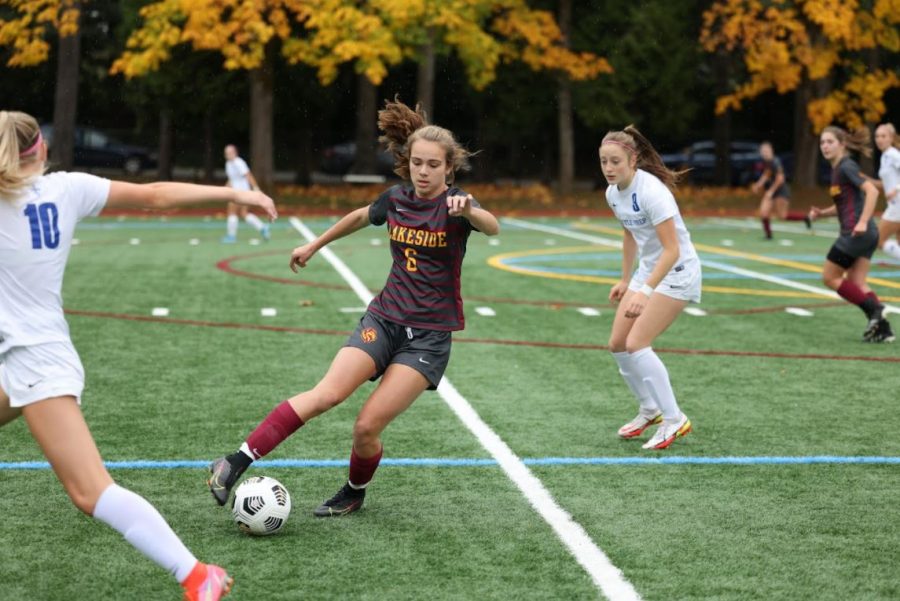 Recently, some of us might have noticed classmates leaving part way through last period. And aside from the occasional orthodontist appointment, most of these early dismissals come from sports. Or more specifically, in preparation for sports games.

Some sports like soccer or swimming have their games scheduled earlier in the afternoon, sometimes at around four or so, and students who play those sports thus have to be dismissed early to prepare for them. With more frequent games and earlier times, some sports players will have to miss more class time to change and warm-up for their games. Which, perhaps, isn’t the best for everyone.

“Our teachers expressed concern about the fact that we were missing entire long blocks of classes that only met 2-3 times a week, which would potentially put us behind,” says Leila G. ’23, a member of the varsity girl’s soccer team. While it might not have much of an impact on those who play sports that have early dismissals less frequently, repeated early dismissals begin to have more of an effect. It’s especially hard if the missed classes were core or language classes, which tend to contain more material per period than classes like PE or art electives, since there’s more content that needs to be learned afterwards. On the flip side, however, early dismissals also mean that games or meets end earlier. “I don’t love early dismissals because then I have to make up school work but sometimes it’s nice that I don’t have meets running so late,” says swimmer Julia B. ’24. Sometimes sports competitions mean that students don’t get home for a long time, making it harder for them to sleep at a reasonable time while still getting all their homework done. Other responses in the Tatler poll mention that while early dismissals don’t necessarily detract from learning, it can be more stressful or time-consuming to go over missed material.

The new schedule also plays a part in how early dismissals affect studies. Before COVID, the standard school week was mixtures of long and short blocks of 75 and 45 minutes respectively, which probably made keeping track of classes (and notifying teachers for early dismissals) as hard as it sounds. But whatever the old schedule’s faults, it still gave rather more class time spaced out over a few days. While the new schedule makes early dismissals easier to manage, it also makes missing class harder, summarizes Leila G. ’23, who takes a language class eighth period. “I’m only ever missing one class, but it also means that I am missing large amounts of that class, and sometimes I feel like I’m falling behind.”

Personal schedules also affect it depending on the time of the early dismissal and the class missed. More content-heavy classes during last period make early dismissals more stressful and may detract from learning; conversely, a free or PE class there might be easier, since less is being missed learning-wise.

Which is not to say that early dismissals are pointless. On the contrary, they are what we might call a necessary evil—sports programs need them to help players get ready right before a game. Early dismissals have even adapted somewhat to accommodate for missing too much class by occurring thirty minutes or so after their original times before COVID. There is some controversy around them, of course, since some athletes might feel that it’s not as valuable to miss class to warm up for a game. It is, however, easier to change the school’s response to earlier sports games than it is to change the time of those games, so for those who dislike early dismissals, more communication with coaches might help.