To Come Home or Not? An Exploration of Lakeside Homecoming 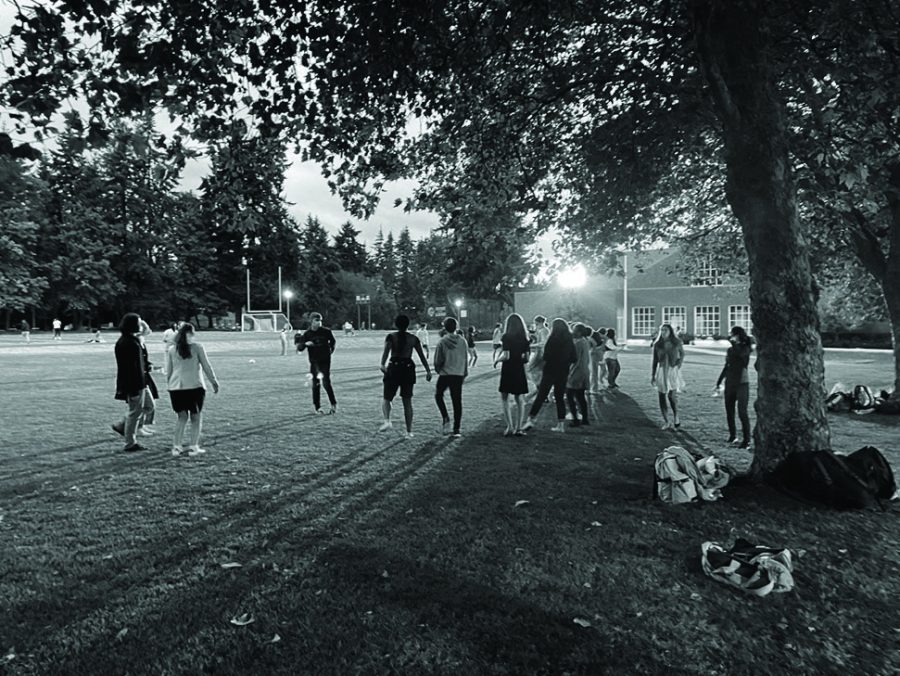 A socially distanced dance on the Quad without cowboys or country club members to populate its undefined grass dance floor: September 10th’s Coming Home dance fell short of expectations. The large gaps of space between students served as constant reminders of the varsity football, JV football, and girls’ swim and dive team’s absences. Relatively few students were actually dancing; the badminton courts, ping-pong tables, and spikeball nets were a far more popular attraction. For many attendees, the Coming Home dance didn’t live up to the Homecoming its name alluded to, nor did it cement its place as a Lakeside tradition for years to come.

While Stud Gov initially advertised the dance theme as “country vs. country clubs” at assembly, dance organizers quickly reversed the announcement, cancelling the theme. As for why, Mr. Bonar says that “Country clubs, by nature, are exclusive. And that goes directly against what we’re trying to do. We’re trying to be inclusive.” Although students have dressed up in the same apparel for a previous spirit week, Mr. Bonar explains, “Just because we’ve done something some way in the past, whether it’s a dance or you know, something with our curriculum, it doesn’t mean that we just want to continue doing it in the future.” Despite having cleared up the confusion surrounding this move by the administration, this is the first time a dance organizer has offered a public explanation; in Mr. Downing’s email the night before the dance, he did not provide a reason for the sudden change in plans, leaving many bewildered.

According to multiple headcounts, around 175 students showed up to the quad that night, or close to 30% of the Upper School student body. When asked why the swim & dive meet and football game coincided with the dance, Mr. Bonar explains he and other decision makers thought that September 10th would be a bye week for football. Once the football game was scheduled, planning was already underway. Despite those conflicts, Mr. Bonar feels that it was as good a day as any to hold the event: “It’s tough; there’s no right answer, almost.”

Stud Gov reps Arin J. ’22 and Phillip M. ’22 worked to dissociate the Coming Home dance with any stigmatized brand that might be attached to the word “homecoming.” “To label it a Homecoming dance would have great expectations. For the timeframe that we were given, I think that it would have been unrealistic to host a homecoming dance and have people come and be disappointed,” Arin says. At other high schools, the tradition includes a sports game (typically football) followed by a formal dance. It often involves a form of homecoming court, which might underlie why the tradition is so distasteful for the administration and others. Despite that, the strategy of holding consecutive all-school events like homecoming can boost attendance to the spectacle by drawing students to campus one way or another.

But, in a few instances in recent memory, Lakeside wasn’t the exception amongst other high schools. Past Tatler issues reveal that in the last 15 years, football, girls’ soccer, and volleyball have all been at the forefront of Lakeside athletics at Homecoming, raising a question: should Lakeside have a Homecoming sports game next year?

When asked about the idea of a fall tailgate and dance on the same day — similar, but separate from a homecoming — Mr. Bonar replied, “If there’s, you know, an overwhelming majority of kids that say yes this is what we want, we want those social interactions, then the school’s, you know, up for it, right?” Last month’s Tatler Poll revealed 93.75% of surveyed students were in favor of a homecoming sports game and dance next fall. Considering the inclination of the administration, it is likely that the event would be rebranded. Still, the staggering support for such an occasion holds promise for the future of homecoming-esque events at Lakeside in whatever form they take.