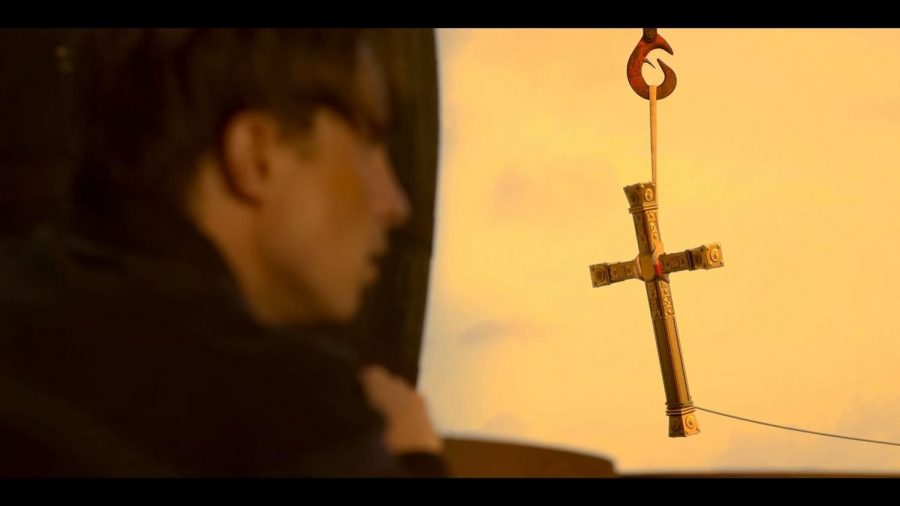 On July 30, 2021, long awaited and long anticipated by all, Netflix finally graced its consumers with something that most of us would watch  in one night: The Outer Banks Season Two.

Warning: there will be spoilers past this point, so go check out my other article “Lakeside Cheer” and read that if you do not wish to have the jaw-dropping and show-stopping adventures of the Pogues (and one Kook) spoiled.

Carrying on, at the end of season one, viewers were left with John B and Sarah presumed dead, and still not having any gold. For those who don’t know, let me lay out a few facts you should know from season one. We followed John B (Chase Stokes) and his tight-knit group of friends deemed “The Pogues”, from the “wrong side of the island” as they put it, and one “Kook” from the wealthy side of the island, as they stumble through a series of secrets and dangerous clues. We watch as they hunt for a treasure of over 100,000 pounds of gold that supposedly sunk with a ship called the Royal Merchant. The idea that five teenagers unearthed this mystery themselves and were this close to discovering it was a stretch to begin with, but that is even more exaggerated in season two.

One might think that with that ending, the previously mentioned Pogues and one Kook, might finally obtain the gold they had been so time-consumingly searching for in season two. But no, Netflix had other plans. Sigh. Even after a whole new season, they still don’t get the gold, which was literally the whole point of the show. At this point, their now-international search for the gold feels a little far-fetched. Either let them find it, or make them give up, Netflix! Don’t get me wrong, the Outerbanks is thoroughly enjoyable and exciting, but season two might have been a little bit drawn out. Sorry, I said it. I’ll even back it up. My favorite and most exasperating examples of this are as follows. The Pogues’ continued hunt for the gold expands even further towards the thin line of unrealistic as it turns into a strange storyline involving a seven-foot solid gold cross that somehow no one knew about having been aboard the Royal Merchant, which then turns into a very sick old lady wanting the cross for a scarf with magical healing powers that is supposedly inside. And, you guessed it, they still don’t have the gold nor the gold cross in the end. The plot just kind of needs a new…point to it. I’m getting a little sick of the gold.

The season begins with a truly clever and engaging narration, with John B helpfully saying, “Here’s a fun fact: Everyone you know will die.” (A small interjection: no one relevant actually dies.) Hmm. Explain that, Netflix. Anyways, the star-crossed lovers John B. Routledge and Sarah Cameron have absconded to the Caribbean somehow, and from there begin their tale of love, adventure, and DISAPPOINTMENT. Said tale is very long and exciting, and I do not have the energy to discuss every detail of John B running from people after making stupid decision after stupid decision, but I will give you the important details. First off, when John B. and Sarah are presumed dead at the end of season one, they don’t actually die, and are rescued by a not-too-legit smuggling boat on its way to the Caribbean. Secondly, said boat full of *super reliable* international cargo-smuggling criminals end up selling them out to the police as soon as they arrive. Surprise! Third, as a result, they then engage in one of John B’s classic running-from-law-enforcement scenes. They end up sneaking into a very low-key and smart place to hide out while they wait for the heat on them to die down. Not. They instead decide that it is a fantastic idea to walk into one of the most exclusive and wealthy hotels in the Bahamas, in their dirt-caked clothes after having not showered in quite a while, with no luggage to be seen. Inconspicuous, if you ask me. This leads me to a topic I am very passionate about, which is how most of the problems the Pogues face seem to come out of nowhere or are easily preventable if one were to use a little thing called common sense!

The general storyline of season two is fun and exciting if one can get past the drawn out nature of it, but sometimes the directors add one too many random alligators into the mix. Sometimes the predicaments they land themselves are too much of a stretch and so easily preventable that it becomes physically aggravating for viewers to watch. I mean, they are teenagers, so I guess I can give them a break on that point, but there are some things that are a little much for me to handle. Like 145-pound Rafe being able to single handedly hold up a 7-foot-tall solid gold cross that had gravity on its side, or Sarah making us almost believe she was getting back together with Topper.

Thank you to everyone who is still reading what has become a disorganized rant, and as a parting thought, I’d like to share some of the aspects I actually did like about this show. One of the things that I really enjoyed about the writing of this show was the artfully placed moments of normalcy and peace that Netflix peppered into the ongoing tale and its turmoil. I enjoyed how in the middle of intense conflicts, the Pogues would suddenly go to a bonfire, or actually attend class for once. They were clever changes of pace that were much needed during the crazy whirlwind of their adventures. Another enjoyable part of this show are the friendships and relationships that thrive under pressure, and are unconditional even amid life and death situations. The normalcy of a fun group of friends hanging out and cracking jokes almost tames some of the annoying parts of the storyline. Almost.