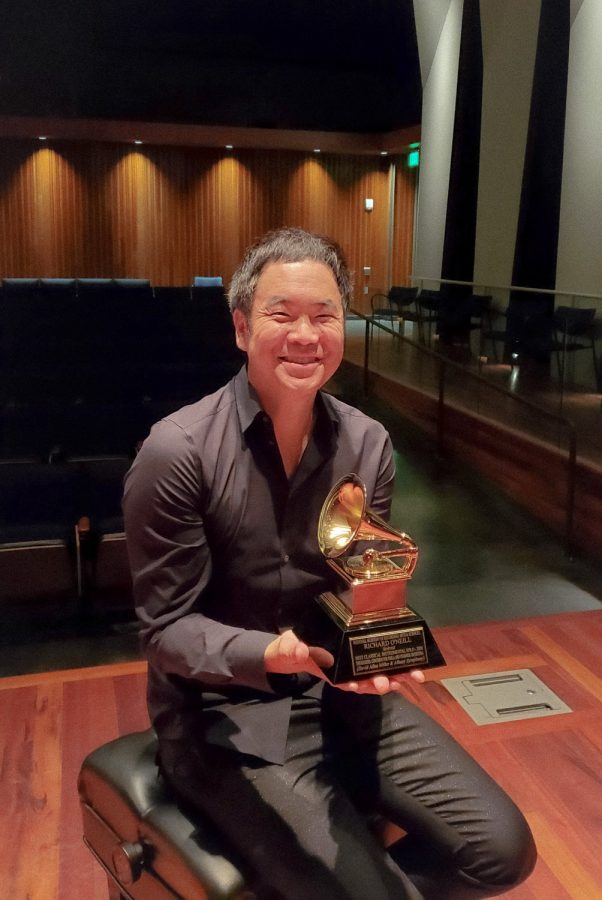 As I sat in the third row and listened to the tender first notes of Johan Halvorsen’s Sarabande con variazioni wafting off the warm wooden stage, I realized that it was the first time I had been to a live music concert in over a year. Which, as a violist and avid musician, is a tragedy. As such, this first dive back into the world of live performance was a magical one. The way the violin and viola seemed to read each other, perfectly weaving in and out of melodies and harmonies, alternating between powerful melancholic cries and weepy serenades, had me wide-eyed and captivated. The seemingly impossible bodily expressions of the two performers had me similarly entranced; diving, lunging, bowing, and swaying, all the while maintaining masterful control of their instruments.

The night continued with piano solos featuring They Will Not Lend Me a Child by Samuel Coleridge Taylor, The Battle of Manassas by Blind Tom, Heliotrope Bouquet by Scott Joplin, and Winnsboro Cotton Mill Blues by Frederic Rzewski, performed by world-famous pianist Jeremy Denk; and finally the Schumann Piano Quintet in E-flat major with Denk and the Takács Quartet.

However, that first Halvorsen sarabande, performed by James Garlick and Richard Yongjae O’Neill, was the most impactful of that night as it was my reintroduction to live music. More so, due to the two being the founders of Music on the Strait, a chamber music festival hosting world-famous musicians in the Olympic Peninsula town of Port Angeles, Washington. Even more, as I had the opportunity to talk with Mr. O’Neill.

Richard O’Neill is a Korean American violist from Sequim, Washington. He and his mother, an orphan of the Korean War, were taken in by his adopted grandparents, who adopted 36 other children as well. His grandmother would regularly take O’Neill to Seattle and Canada for his viola lessons. After spending his K-9 years in the Olympic Peninsula, he moved to North Carolina to finish high school at the School of the Arts. Subsequently getting his Bachelors of Music at the University of Southern California, he was accepted to the Juilliard School, where he received his Masters and became the first violist to receive the Artist Diploma. He is a Universal/Deutsche Grammophon recording artist with an Emmy for his work on Hello?! Orchestra and a Grammy for his performance of Christopher’s Theofanidis’s Concerto for Viola and Chamber Orchestra. In addition, he is the most recent addition to the Takács Quartet in May 2020. Along with fellow locally-raised violinist James Garlick, he founded and became co-artistic director of Music on the Strait in 2018.

When I spoke to him, the opening night of the third season of Music on the Strait (08/13 – 08/22/2021) had passed, a symbolic return to normal after the festival was canceled the previous year. Putting it simply, he said that “it was wonderful to see people in the audience.” He went on to describe that even with large vaccination rates, the recent rise of the Delta variant had been frightening, so when “we see a very full auditorium of people, we are more than grateful for their taking a risk coming out and wanting to hear the music.” The audience very much shared this sentiment. In fact, of an auditorium with nearly 100 seats, people filled almost all of them. This was despite the fact that “we felt like it was important, as artistic leaders, to lead and say that we would require proof of vaccination.” He added that it was a difficult decision, and even the night before, they were required to turn away 10 people.

I was not too surprised at this support. I have had the privilege to attend every Music on the Strait festival since their opening year in 2018, and each time I have been astounded by the massive community support. In addition to people from around the world, a large portion of the local community shows up to each event, even helping fund the new Field Arts and Events Hall in Port Angeles. O’Neill and Garlick have made substantial efforts to give back to the place that raised them, to honor the people who live and have lived in the community, and it seems to be giving back. In fact, O’Neill’s high school biology teacher, Shirley Anderson, is one of the festival’s three most prominent donors.

Another topic of interest, mentioned earlier, is his pre-college experience. Before high school, he primarily recalls “good memories. Some incidents of bullying on the bus and racial slurs, and attacks on my mother for being handicapped, but I got used to it.” However, his first year of high school was “really rough … people were violent, they would break things, they would threaten to beat me up … it was really scary.” The rest of his high school life was better, the School of the Arts being “a place where one could only really study or sleep.” This boarding school gave him options for full rides to several colleges, eventually paving his way for Juilliard.

O’Neill talked at length about the plight of the Asian American and Pacific Islander community, both in older history and in recent years. In fact, the barn he performed at on the Sunday after our interview was owned by a Japanese family, “but they were rounded up [during World War 2] … and when they got out, they didn’t have enough money to buy back their own land. Can you imagine as an American citizen?” The modern-day has been especially disheartening, with the seemingly perpetual cycle of anti-Asian hate crimes that go seemingly unnoticed, even in the hearts of large or progressive cities. When he was out on a run not long ago, he said someone yelled, “‘f*cking –.’ I was really shocked and horrified and angry. I mean, that was Boulder, Colorado.” With modern discussion around the AAPI community steadily becoming more public and positive, there is much to look forward to. However, there is still much untold history of the Asian community, even in places with such a vibrant and abundant AAPI community as the Seattle area. “I think someday when you write about it, it will be a more of a positive thing, but it makes you wonder about the stories hiding in the mist here.”

His experience with his Korean American identity was massively important going into his career. “There was a period in America where, in order to be successful, you had to speak English. And in order to speak English, you had to integrate.” Even his loving grandparents, who made kimchi and tried to teach him bits about his heritage, couldn’t do anything that wouldn’t make him “fully American,” despite many people not treating him as such. Even today, some people say that he doesn’t “look like an O’Neill,” which is “such a horrible thing to say, because … that’s discrediting the people who died and sacrificed so much to make me an O’Neill.” Overall, though, he thinks the AAPI experience has been good. “When I was a kid, there was no representation in anything … now you look around, and Marvel Comics has an Asian superhero, and K-pop is pretty popular, and I say that’s progress. For many young kids, it’s validation to see someone that represents you.”

His experience as a minority as a Korean American in wider society further translates into being a minority in the artistic community, specializing in the viola. He cites two primary reasons he chose the viola. When he was 12 or 13, he played with violist Cheryl Landry in the Port Angeles Symphony Orchestra concert performing the Walton Viola Concerto and fell in love with it. At the time, he played violin, so “‘on the side I’m just gonna try monkeying around on the Walton,’ so I remember I got my hand on a friend’s viola, and I made it through. I mean, it was terrible, but I made it through.” The second was because of an experience many violists face. He had applied to the Olympic Music Festival past the deadline, and there were already too many violinists. However, they lacked a suitable number of violists, so the people running the festival said, “if you come as a violist, we’ll give you a scholarship.”

Of course, playing the viola leads to a certain amount of discrimination in the field. O’Neill recounts being told to play a “real instrument,” his Juilliard professor even claiming that all he had to do was play in-tune and on-rhythm and be among the greats. Early in his career, he met with a London-based management company that claimed they could not make money with violists, “and that was just a really demoralizing way to start.” O’Neill said he has also been advised to specialize as a soloist in a few locations, instead of playing in a variety of places and roles. “I always thought it was my strength because I never thought of myself as a soloist; I want to be a musician. I think that’s honestly what a violist is.”

O’Neill also posited many positives of being a violist as well. The main difference he sees is that the music field has a violinist overpopulation problem, not just in numbers but in history. Much of what one can do with the violin has already been done, so violinists are pressured to either go with an established norm or rewrite the instrument entirely. With the viola, “it is sort of an open field. It is a liberating opportunity.”

Many artists now are terrified of the prospect of going back to live showings of their work. This fear is especially true for musicians; many of the first public events to shut down were orchestral concerts. Many believed that the pandemic would be the final death blow to an already faltering field. However, that seems to be a non-reality, as so many people have shown that they deeply miss the live performance experience. Going into the future, Mr. O’Neill seems optimistic. And after seeing the enthusiasm of those pouring into Saturday’s concert, I agree.