It’s All Coming Together. Can We? 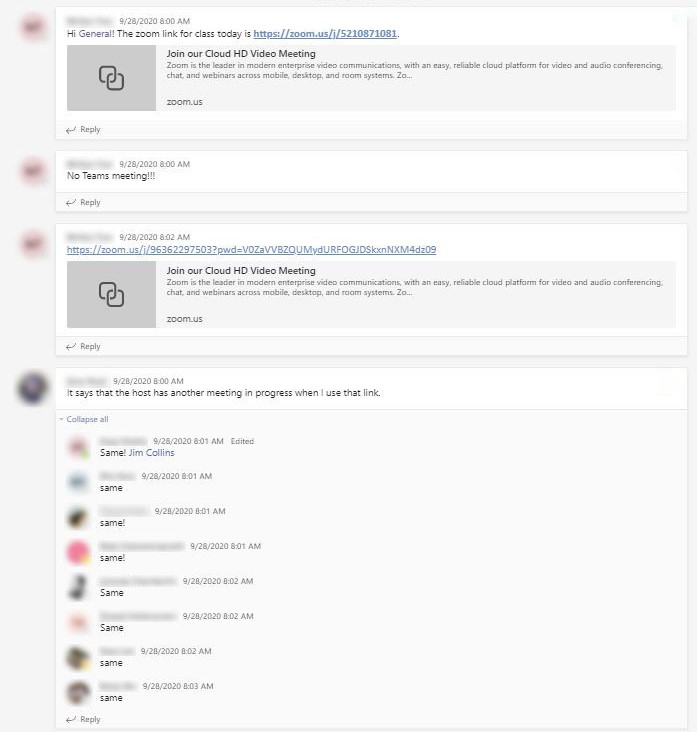 A new school year has begun, bringing with it new promises. Of more contingent things: icebreakers—which have continued their descent into banality—and full-time physical interaction. But also of things that will reweave the fabric of Lakeside: final goodbyes to Mr. Noe, our old method of learning, and the hybrid schedule; first greetings to Mr. Bynum, Competencies and Mindsets, and the AB Model. As we finally begin to climb up from the valley of the shadow of COVID-19, debris from the gauntlet of this pandemic is coming into view all around us. Regardless of how prepared you might feel, or even be, you will be impacted by the vast changes Lakeside will undergo in the time to come. I hope my observations in this article will help set our community on a path forward, out of the rut in which we’re stuck and into a new state of flourishing.

For variety’s sake, I won’t address things exactly by order of introduction, nor am I going to structure my thoughts like an essay. Instead, I’ll try to offer something much more persuasive and valuable: a narrative. Let’s return to the Wild West of March 2020, a time of asynchronicity and chaos. My memory of that time isn’t the fondest. I’ve touched on this a bit before, but I believe it’s important to fully elaborate on what I mean: I don’t remember a single person I talked to in those early days who was coping fully and productively. I saw a lot of despair and throwing of hands in the air. There were scattered emails—announcements of new tactics that teachers were using to determine what work to assign—that just kept coming. Grading rocketed from one extreme (“Engage and get an A!”) to another (“Meeting Expectations is a solid B+ right now”). Meetings were called to maintain community cohesion, but I remember that people could rarely recall those conversations beyond “some things were said”. Had I wanted to find help with navigating my school or personal life, I don’t even know where I could have looked. A friend of mine captured the mordancy of the era well: “The administration is losing it.”

I don’t believe we ever got out of this rut. Surely, some of the blame lies with us students, if I can judge based on my own behavior. Ever since the first virtual assembly was held, I gave up on trying to keep the fire burning. To publish, rather than perish, I had the audacity to lament virtual assemblies in the Tatler; attempts to mitigate Zoom fatigue in creative ways (I remember a class meeting which made Jamboards fun for the first time) were met with my scorn. What good did that do? Nothing. I remember attending another meeting, this one with Mr. Noe, wishing I had slept in instead. In the end, I might as well have. My most involved contribution was: “there’s a disconnect at the heart of remote learning”. Yes, but how do we bridge that disconnect? Certainly not by wallowing in it. Going forward, Lakeside is going to need to do more than re-envision itself. It needs to revitalize itself, and that requires the top-down and bottom-up meeting at a harmonious middle point. We students need to give this year everything we have; the administration needs to do the same.

Well, what does that look like? To me, it looks like better communication. I mean, what happened to Noe News? It pretty much fell off the face of the Earth, except where occasional COVID updates were concerned. Now, don’t count me as unappreciative. Those updates kept our community safe and assuaged our worst worries, and I understand that Mr. Noe is a busy man with a lot on him. Just imagine, though: Lakeside Bynumbers. Get it? Bynum, Bynumbers…? Anyway, it would be great to have a fresh-faced, outsider perspective on our progress as a community. And to the reverse effect, imagine amplifying voices within our community: disseminating them through one-off Tatler pieces (X vs. Y strikes again!), postings in public squares, and entirely new kinds of guerrilla marketing. Such a multi-pronged effort could really underpin the idea that Lakeside is a place for dialogue.

While I might have gotten overzealous there, I’m being serious about my new vision for Lakeside. Bottom-up approaches aren’t working, because a serious malaise has set upon the student body since the pandemic began. I feel it, and I think all of us feel it, if my work as both a member of Tatler and the larger community is representative. The worst sentiment I think a young person can feel—that nothing matters that much and that whatever work you’re doing isn’t very worthwhile—has filtered into the collective unconscious, whether people verbalize it outright or not. And if all that’s true, what’s the point in giving it your all? Every class meeting I’ve attended since the pandemic began was more quiet than not and ended well before its scheduled time. It doesn’t have to be this way. Do we want to spend this next year performing the same perfunctory duties as always? Or do we want to truly cultivate our characteristic love of learning, the greatest boon of a solid education? I think the choice is obvious. Let’s welcome Mr. Bynum with a living, breathing campus and community.