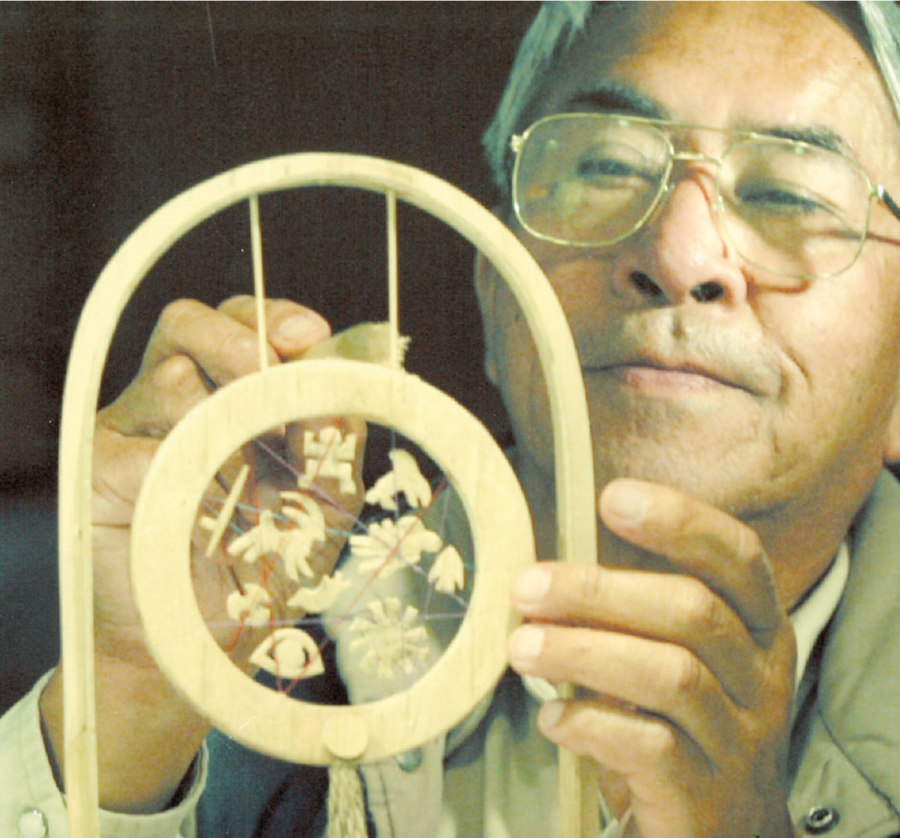 Land Acknowledgement (Two of the suggested indigenous speakers -- Debra Lekanoff (left) and Lawney Reyes (right). Lekanoff is the only Native American woman in Washington's HOR, working to fight climate change to ensure a future for the generations to come and to represent the unrepresented. Reyes is a Native American artist and activist whose work in sculpture and the Day Break Star Cultural Center will echo for years to come)(The Daily World for Lekanoff)(Tribal Tribune for Reyes)

Years ago, Colette C. ’20 and Sari L. ’20 asked the administration to institute a practice of land acknowledgements at Lakeside. Working with fellow Native American Student Alliance (NASA) leaders Amaya S. W. ’21, Aidan L. ’22, and Justin S. ’22, Colette and Sari provided the text for a plaque and a spoken land acknowledgement. They were unsuccessful.

On May 21, NASA, Student Government, and advisor Ms. Altomerianos presented a new land acknowledgement proposal to the administration. The proposal requested that a written and spoken land acknowledgement be presented at major Lakeside events and also advocated for more Indigenous speakers, a reevaluation of connections with Native communities through Global Service Learning (GSL), hiring of Indigenous faculty and staff, and further opportunities to build relationships with Native communities.

With the support of history teacher Ms. Altomerianos, Lakeside history classes were also involved with the land acknowledgement proposal. Her H300 class United States History brainstormed requests, drafted appendix items, and provided context through their experiences with Lakeside and Native communities; the requests for Native speakers and faculty came from H300’s discussions. The classes were “interested in how to make it very real, not to make it sound so performative,” Ms. Altomerianos said. It was about asking something of an institution, looking at its history, practices, and culture; “we started to see how we could make this project more meaningful than just checking boxes,” Ali added.

Following feedback from students who had gone on GSL trips to the Makah reservation and recounted parts of their visits as “not really respectful,” the team additionally requested that the administration reconsider their experiential offerings focusing on honoring Native communities and two-sided relationship building. While Lakeside is making an effort to broaden its curriculum, Ali acknowledged, “we’re [still] missing this huge perspective – Indigenous communities and people.” Of a staff of 219, there are zero Indigenous staff members at Lakeside.

In addition, the land acknowledgement proposal covers a speaker list of Indigenous educators, community leaders, and artists; a reflection on GSL’s shortcomings in its respect and regard for Indigenous history; and resources for hiring Indigenous educators. NASA has picked a Tulalip craftsman for the plaque itself and requests that “the funds for this project come from the administrative budget as a sign of institutional commitment.” This month’s proposal handoff is another symbol of commitment from the administration, a focus in the group’s work for the school; “it can’t be real unless Lakeside as an institution does some inward looking to figure out what we all could be doing better,” Ms. Altomerianos stated.

In the coming year, with many of the committee’s members departing – William is graduating, Ms. Altomerianos and Ali are leaving, and Mica is taking a semester away – Mr. Salter, an Upper School history teacher, plans to keep these conversations going in H300, and new student leaders aim to sustain the work on the administrative side. “We do think it’s really important that [this project] does not stop after we break off,” Mica noted. While the land acknowledgement proposal team is currently a modest group of dedicated representatives, “involving a broader group of the student body in these questions, in these complexities, is important,” Ms. Altomerianos explained. “It’s too easy for people to move along, [saying], ‘Lakeside should do x, y, z,’ without actually putting in the work to make that happen.” The handoff hopes to share responsibility with the administration “because the work of building relationships should be at that level as well,” she said.