How I Learned to Love Lakeside’s COVID-19 Response 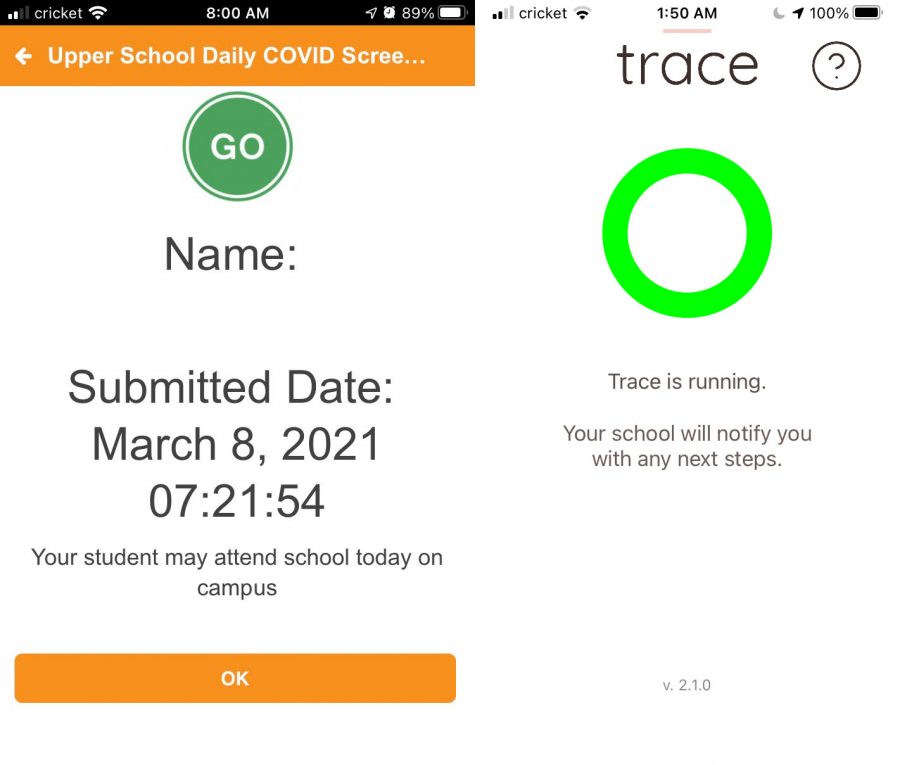 Don’t call it a comeback — I’ve been here, on Tatler, for years, navigating the same issues as you readers. Since March of 2020 (that most horrible crucible), most of those issues have been related to COVID-19. After scientists have spent so much time analyzing the virus, devising strategies to resist and hopefully rout it, and counseling the public, it would be terrible to discard what we’ve learned the past fourteen months. I think most people would agree. That’s why I’m going against my own grain and praising the administration for keeping a cool head — as well as attempting to explain why, with harsher COVID restrictions now or in the past, things would be worse off. In summary: Lakeside has done the implausible and walked the line. The benefits of this are clear: going overboard in responding to COVID has proven to be untenable in the long term, does little to support those affected, and has harmful impacts across the board.

I’ll attempt to tackle the toughest case first. Imagine, if you’re physically able (if not, feel no shame), a return to the “thick of it.” Cases roaring, the entire world on lockdown. What’s to say the most thorough and heavy-handed response, overblown beyond even the asynchronous whirlwind of 2020 spring, isn’t the best course of action? Well, for one, the term “asynchronous whirlwind” belies the amazing contributions of faculty members who have made everything smooth and easy. For another, no matter how much the virus rages, it still obeys (so far as we know) certain rules. These are: the chance of COVID being transmitted, and thus acquired, in a community increases as 1) interactions between its members, 2) the lengths of those interactions, and 3) the neglect of common health procedures increase. This is according to the whole gamut: CDC, WHO, etc. Lo and behold, from basically the beginning, Lakeside was on board with those organizations, as well as the countless others which echoed their findings. Through this retrospective I hope to highlight the fact that, even fourteen months into the pandemic, Lakeside’s adherence to consensus reverberates through its policies.

“How so, Lorenzo?” you say, “Stop dangling the carrot and just let me eat it!” To which I say: fine. They really don’t make audiences like they used to, huh? Anyway, Lakeside’s policies since the beginning and up to now have addressed the three transmission factors listed above splendidly. To the first and second, Lakeside has limited the number of interactions between people as much as a school can. First, that was by being remote, but once consensus shifted in favor of in-person schooling, that meant 1) no gratuitous socializing, 2) constant distancing and masking, and 3) proper ventilation and/or being outside. A possible objection to this argument,  that Lakeside vetoed the eponymous Lakeside Bubble, gives momentary pause. But here’s my idea: the community proved it didn’t need it. The biggest issue many had with it was interference with sports, which is a legitimate gripe. Beyond that, I have yet to see anything beyond exemplary voluntary self-quarantining among community members. Coupled with the administration’s speedy isolation of potentially affected individuals, any concern is practically done away with. To the third transmission factor, Lakeside has done remarkably. Sanitation (even when students were off campus completely) has been practiced consistently and thoroughly; social distancing, masking, ventilation, and more have been well handled, even when the most someone might be on campus would be for an event, signup, etc.; and hand sanitizer lines our current unidirectional walkways. These measures, and compliance with them, have prevented any non-isolated outbreak pattern at Lakeside. In writing all of this, I’ve come to realize that the student body and administration have really been marching in lockstep since the pandemic began. That fact is a testament to the Lakeside community.

But what if our response was just lucky? Or what if a more severe response were proven to be justified regardless? Let me just preface by saying I find either of those outcomes unlikely. Refer to my point at the start of this article. Ignoring what we’ve learned the past fourteen months would be a terrible decision. So, what have we learned in the past fourteen months? That even when most of the world was on harsh lockdown, populations more susceptible to COVID were still subjected to hospital crowding, lack of supplies, and more. What changed the situation, even as restrictions gradually loosened (especially in red states), was institutional intervention and support. Government programs that made resources available, NGOs that stepped in to provide for the people, and local nonprofits/charities that worked on the ground made real change. Without a safety net, no level of response would be sufficient, and many students worldwide, even citywide, felt theirs to be lacking (despite all good intentions) when COVID responses were toughest. If a criticism has to be leveled at Lakeside — that’s really my curse, isn’t it? — it’s that our own safety net came dangerously close to slipping, or so I’ve heard, mainly where mental health was concerned. Suffice it to say, this all feeds into my third point. Harsh anti-COVID measures tend to hurt COVID-susceptible populations by isolating them from resources and exacerbating their ill conditions.

There’s little more Lakeside could have done throughout this entire pandemic without being much harsher at a systematic level. That much is hopefully undeniable. What I sought to do here is balance the case for balance (to be pithy). Lakeside, through thick and thin, has truly deliberated on things to a great degree. Whatever the case, the upshot is really just: if we’re following the science and things seem to be going well, what’s the harm in keeping our current system? Even if a new variant were to go wild and tear through Washington, so long as the three transmission principles I discussed in this article stayed the same, I would recommend Lakeside’s current system (or some past iteration, depending on the severity of the strain and the circumstances around its release, yadda yadda). Remember: what’s the harm? This question can be asked at any time, in any place, so long as the rules of the game, the transmission factors, are constant. Inquisitiveness is a Lakesider’s virtue, right? So use it!