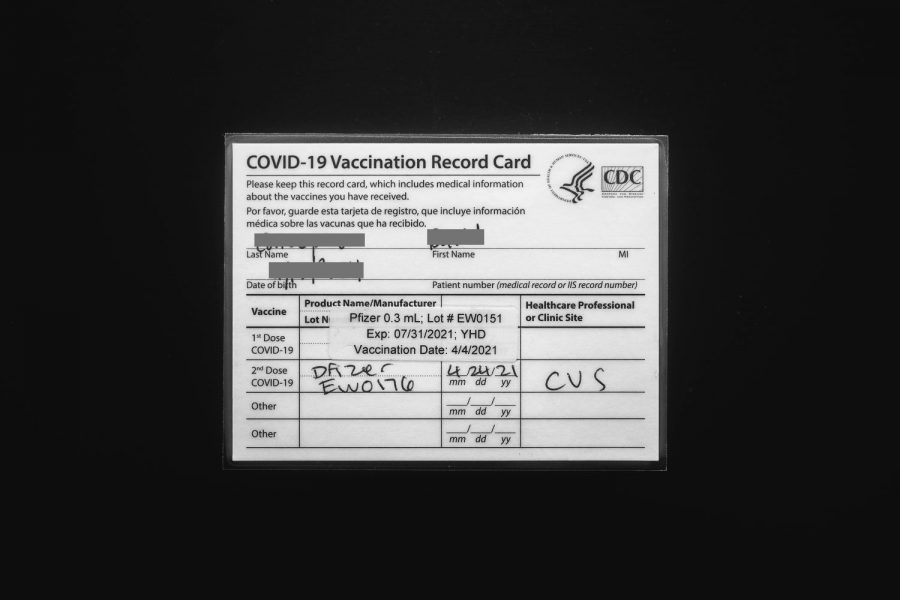 Making predictions about the future is something we all enjoy. Whether we predict who wins a soccer game or guess where a rocket is going to fall from space, there is something enjoyable about making predictions, especially if they end up being accurate. During a pandemic where there are so many variables, predicting anything is like finding a needle in a haystack. I remember just last year saying “I think we’ll be back to school after spring break” yet here we are in June 2021, still in a mostly remote setting. This being the last Tatler issue of the school year, it’s a perfect opportunity to predict what will be in store after summer break.

Lakeside will reopen for all grades starting on the first day of school next year, without masks. Worldwide, COVID is still a large threat, but with high rates of vaccination in King County and the authorization of Pfizer’s vaccine for 12 to 15-year olds, this is a reachable goal for Lakeside. According to The Seattle Times, Washington has about 650,000 Pfizer doses available in freezers and 378,000 people aged 12-15, meaning that over the summer we can (hopefully) start increasing the number of vaccinated younger aged students of King County. This also stems from the fact that the CDC recently announced that fully vaccinated people no longer have to wear a mask in most public settings. Although it probably wouldn’t be safe to be running around campus without masks right now, if we can guarantee a fully vaccinated Lakeside community by next fall, we may just be able to accomplish this. Additionally, the United States’ cases are at their lowest since June of last year despite the presence of COVID variants. Lakeside has also been using a very robust system of testing and contact tracing which has allowed in-person learning to be effective this year. I believe we will continue to use this same system, with the exception of testing, until the second semester next year where the situation with Covid will allow for less strict measures of contact tracing and more leeway on the Lakeside campus.

Asynchronous days will be a permanent feature of the Lakeside schedule for next year and beyond. Originally placed smack-dab in the middle of the week, asynchronous days were used as a pause between zoom days, and a way to break up the cycle of remote learning and give students a stress-free day. Being in the middle of the week, the general consensus was that they were oddly placed and unnecessary. After being moved to Friday, however, the general opinion on them shifted towards the positive. Students enjoyed asynchronous Fridays as they were less stressful than regular school days and allowed a comfortable transition to the weekend. Some, however, procrastinated on these days, pushing homework back for the weekend. Given the mixed opinions, Lakeside should smartly consider whether or not to keep them for the coming years. I predict that they will keep asynchronous Fridays for their release of stress that builds up during the week, especially since students will be in person (which is noticeably more stressful than remote school). The on-campus aspect will probably require a restructuring of the general schedule, which should include a designated time for students to enjoy clubs, advisories, affinity groups, and sports, especially since they have lost traction during the pandemic.

I don’t know about you, but I’m seeing a recurring theme here: relieving stress for students! For teachers and administrators, it has been tough to evaluate students in a remote setting. Looking at a screen with a dozen faces and an occasional black screen doesn’t allow you to assess how the class is feeling about a math concept or a certain reading for English. With the transition to remote learning during the pandemic we saw more project-based assessments as opposed to classic unit tests or quizzes. Another big reason for this change is Lakeside’s attempt to relieve stress for students. Most Lakesiders can relate to stressing over a math test, not knowing if they’ve studied enough, or cramming in last minute review sessions. Projects, on the other hand, are spread out across longer periods of time, offering more time to complete them, which lessens stress. Although the looming deadline of a project might seem stressful, most teachers allow class time for work and necessary checkpoints to make sure that students don’t fall behind. It’s not just reduced stress that makes me believe that starting next year Lakeside will replace tests with projects; it’s the simple fact that tests are not an accurate way of assessment. The US education system has long used tests as a way for teachers to assess students’ comprehension, but for many, memorizing information and reiterating it on a piece of paper does not equate to a strong understanding of course material. Projects, on the other hand, use the application of knowledge to show students’ understanding, something much more valuable. All in all, projects are a much more accurate and less stressful way to evaluate students, and Lakeside should consider a switch to a permanent project-based learning approach.

So there they are: my three predictions for next year. Although some are a little more bold than others, such as a maskless reopening, there is definitely a chance for me to go 3/3 or 0/3 on these predictions. Make sure to come back to this next fall to see how accurate they are!