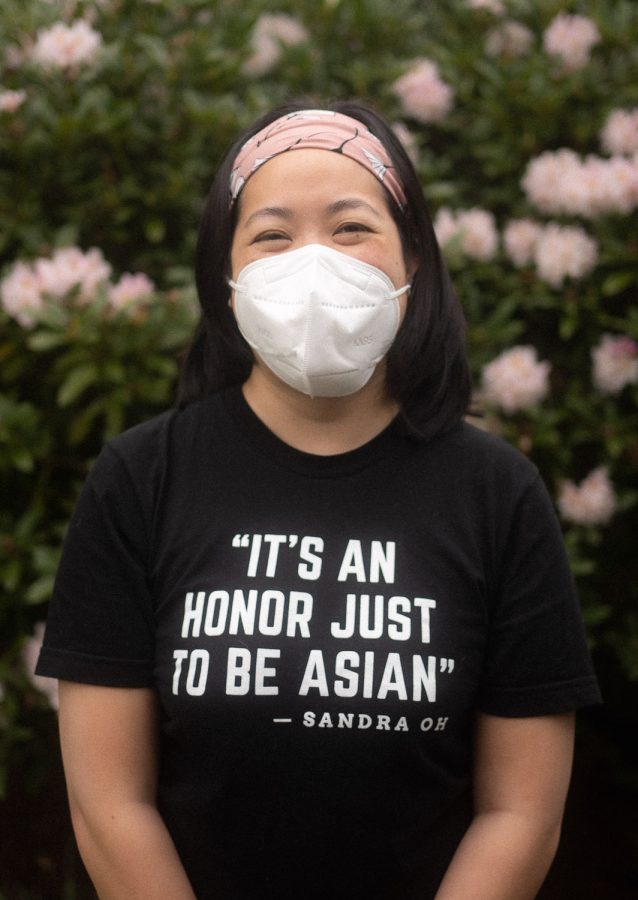 According to Lakeside’s latest demographic statistics, 30% of Lakeside students self-identify as Asian American. Undoubtedly, as anti-Asian sentiment propagated through the nation and Asian hate crimes rose, there have been strong reactions and concerns from a large portion of the student body.

The history of Asian Americans in the United States stretches back for over a century and a half. As immigration from Asia to the United States increased rapidly, representations of Asian culture and those of Asian descent quickly pervaded popular entertainment. Asian men were portrayed as comical and awkward, whereas Asian women were depicted as vulnerable and delicate. These stereotypes were inscribed in American popular culture. During the era of World War II, Hollywood capitalized on patriotic fervor to skew these images even further, trivializing and exoticizing Asians into submissive victims, superstitious sages, or barbaric warriors. These deeply rooted stereotypical images affect all Americans, Asian or not. Although the suspect of the Atlanta shootings in March has not been charged with hate crimes, racial biases undoubtedly played a significant role in his actions.

Nowadays, Asian American stereotyping is often along the lines of the heralded model minority — a minority demographic whose members achieve a high degree of success compared to the average population.

Upper School Counselor Serena Swanson shared her thoughts about the model minority myth with Tatler. As a Japanese American herself, she thinks that the model minority myth was a deceptive and misguided agenda, supposedly intended to “improve the moral status of the American government and white people in power and lift up the social status of Asian people.” From a historical lens, after WWII and the mass incarceration of 120,000 Japanese Americans, the American government began propagating the model minority stereotype in order to reintegrate them into society. She notes that the model minority concept was also a ploy to de-center the civil rights movement, since the elevation of Asian Americans was used to justify the blaming of black and brown people in an inappropriate and hurtful comparison.

Emily Chu, teacher of Asian American Studies and Lakeside’s English Department Head, has similar sentiments about the model minority myth. She believes that it is “fundamentally based in anti-Blackness,” adding that “sometimes Asian American people can see the model minority myth as a ‘positive stereotype,’ but such a thing does not exist.” She notes that “positive” Asian-American images are dangerously intertwined with “negative” Black stereotypes, and that this construct has often been used to drive “a wedge between Asian people and Black people, preventing them from building interracial alliances or coalitions.”

Besides the historical model minority concept, other stereotypes of Asian Americans also directly plague Asian students. Practically everyone these days is familiar with the archetypal character of the “overachieving Asian introvert” who excels at math and plays the piano. Asian students who incidentally have these interests often feel homogenized and confined to a narrow range of activities. Those with different interests feel pressured to conform to a two-dimensional picture that does not describe them. Either way, Asian-American students are harmed by these expectations.

Ms. Chu and Ms. Swanson both offered advice on how students could respond to these phenomena. Ms. Chu believes that “It is the duty of every Asian American person (and non-Asian people as well!) to learn the history of the model minority myth.” Of course, different students process events differently, she adds, and this is perfectly normal. Discussing with friends or teachers in classrooms or less formal settings are all valid ways to reflect, and Lakeside is working to “ensure that all of our Asian American students have the resources, information, and spaces to discuss and unpack the myth.”

Ms. Swanson also gave her personal views about “dismantling the hierarchy that lives in our minds.” She says that the first step is self-love and embracing “any differences from a standard of perfection or whiteness that exist.” Additionally, though she acknowledges that it’s easy to get frustrated when older generations perpetuate the model minority myth, it is important to be compassionate, ask questions, and understand what experiences formed their beliefs.

“Sometimes people equate introvert and shyness, but they are different, of course,” adds Ms. Swanson: “a complicated question for Asian Americans is that they have to work with the stereotype of being quiet or pressure to stay quiet around white people.” She notes that challenging stereotypes can be very difficult because it “creates a lot of attention which can feel embarrassing.” To all Asian American students — whether they are introverted or not — she wants to send the message that they “can be leaders, and can engage in social justice… in a way that matches their personality and capacity.” While social media and various news channels create many voices for us to absorb, Ms. Swanson cautions us against “using all of our energy getting and processing information.” Instead, we should listen to and engage with people that we are closer to, increasing our “tolerance to listen, talk, argue, and have ‘aha’ moments” with others we don’t necessarily agree with.

As an Asian American student, whether or not you fit the prototypical Asian model, the most important thing is to be aware of your own strengths and weaknesses. While recognizing influences from family, friends, school, and society at large, the key is to uphold your own standards and principles. As for students who do not identify as Asian American, it is important to remain constantly open-minded and empathetic to peers. Breaking the boundaries of stereotypes is crucial to the success of a connected community, which is a vital source of support for our students.