Behind the Wall Of Shame 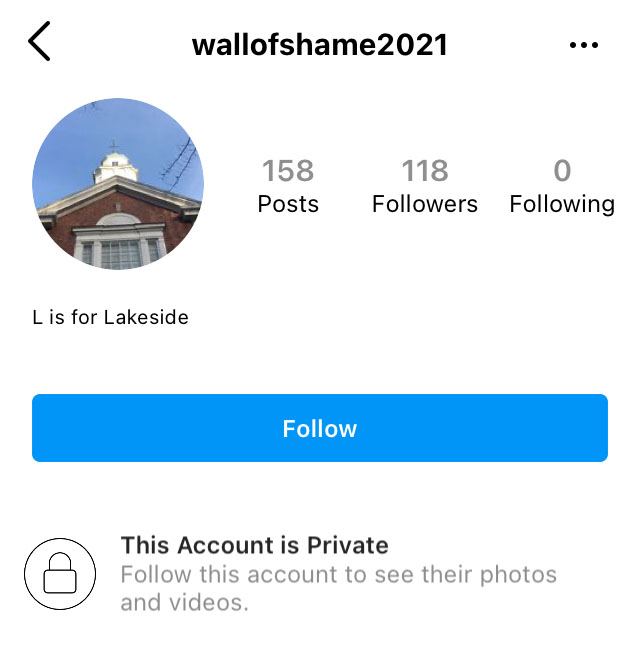 Before anyone currently at Lakeside would remember it, there was a famed bulletin board in the Refectory. This board, jokingly dubbed the “Wall of Shame,” was home to at least one tree’s worth of senior students’ college rejection letters posted for any student walking past to see. As the college cycle entered its decision period and seniors started receiving disappointing news, more and more letters would show up, rejections and waitlists alike, until the board was filled with the physical proof that Lakesiders are not perfect. The Wall of Shame helped chip away at the notion of perfection many Lakeside students strive to achieve: no matter how excellent a student, athlete, or artist someone is, they cannot get into every college. Most everyone faces rejection at one point or another. However, the Wall of Shame was taken down in its physical form in late 2017.

As young people are prone to do, the Class of 2018 turned to Instagram. The new virtual Wall of Shame, the first post on which is dated to December 2017, was created by an anonymous student who lamented the physical Wall being taken down (along with, apparently, a 53% math quiz they had posted the previous week). In the first post, the account owner lays out boundaries for the Wall in its new online format: “the point of this is support so let’s not be d**ks to each other,” the first post reads. Indeed, the comments on every Wall of Shame post are full of supportive classmates affirming that a student did not deserve to be rejected and that they deserve better. The account is private and limited to the current senior class, preventing any non-seniors or non-Lakeside students from seeing the posts. This presumably fixes one of the issues the physical Wall had: it was just too public. Any passerby could see the letters when it was on campus. If a senior does not want to see the Wall of Shame, they do not have to follow the account. It is opt in, allowing anyone who does not want to see the letters not have to see them.

Since its inception in 2017, the Wall of Shame account has been passed down each year to the next senior class and renamed to include the current class’ graduating year. The identity of the person who currently runs the account is unknown, as are the identities of their three predecessors. It is also unknown how the account gets passed down, whether it is just someone in the grade below that the current owner is friends with and feels would be suited to the task or if there is a legitimate selection process that goes on. Either way, the person tasked with running the account has a major responsibility to protect the sanity of the senior class. They must be trusted to protect identity if someone wants their letter posted anonymously, and they must act as a comments moderator in case any mean comments happen. The Wall serves as a mechanism for class bonding, allowing seniors to share each others’ defeats as well as their triumphs. Especially in a college admissions cycle as hectic as this past one has been, the Wall of Shame is cathartic. It shows us that we are not alone, that perfection as a student is both unattainable and unrealistic, and allows us to laugh at ourselves a little.