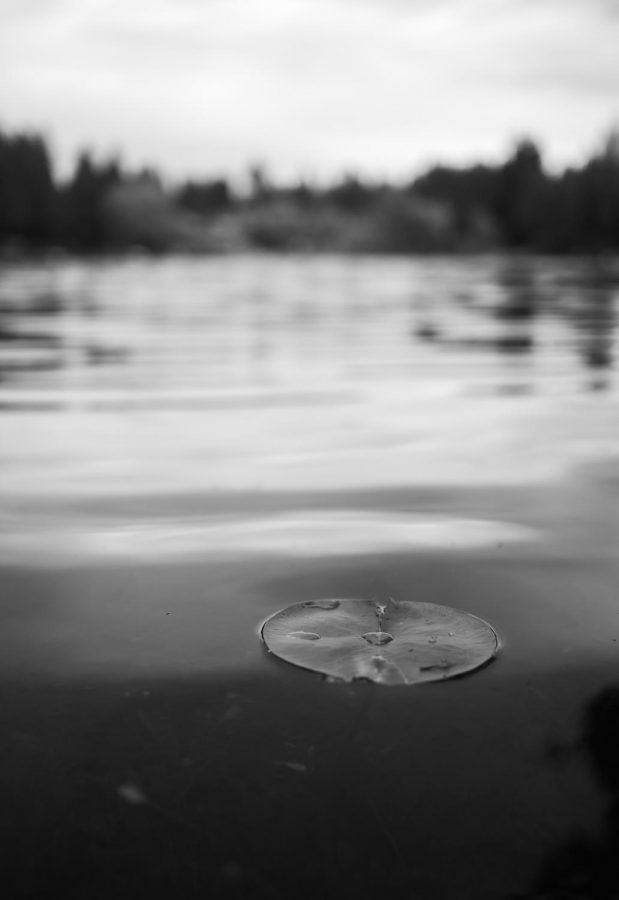 “A larger and better site”: Henry Carr Pearson’s first suggestion for Lakeside in May 1929. An educational consultant from New York, he was hired to advise on a new campus for the budding school. His second suggestion? “New buildings.”

Pearson could already envision Lakeside as “a first-class school adjusted to the present needs of its community and capable of expansion and change.” He could picture an innovative institution where open and natural spaces could nurture academic and athletic excellence while remaining near the city. Pearson applied this philosophy to his recommendations for Lakeside, first among which was a move to a new site — one in which a history of segregation and colonization hid under brick buildings.

In 1930, Lakeside moved to its current campus in Haller Lake. These 16 acres became the context for everything Lakeside: rigorous academics, athletic competitions, and school events. The school built a gym, a refectory, a dormitory (now Moore Hall), and Bliss Hall. In 1931, they built a house for the headmaster. Later, the school community and alumni would generously fund the Pigott Memorial Library, Allen-Gates Hall, the Pigott Family Arts Center, the Wright Community Center, a new Middle School building, and The Paul G. Allen Athletics Center. Pearson’s dream was coming to fruition.

Lakeside’s new campus supported country day school values: access to nature, withdrawal from the busy city, and character-building experiences. Located beside a golf course, the park-like space provided room for sports and nature while inside classrooms, the school sought to maintain academic rigor. With this, Lakeside was presented as a challenger to East Coast prep schools, where intellectual and leadership skills could help students get into Ivy League universities. Even in its architecture, Lakeside emulated East Coast schools: architect Carl Gould designed the Lakeside campus to resemble an East Coast boarding school, and Bliss Hall was built to resemble Philadelphia’s Independence Hall.

Lakeside’s move followed that of Seattle’s wealthy, who moved into enclaves in North Seattle throughout the 1920s and 30s. These enclaves were meant to be exclusive and often involved racially restrictive deeds, so that the overwhelming majority of residents were white. The Golfcrest neighborhood, which Lakeside purchased land from, had a clause in their deed that stated, “No race or nationality other than those of the Caucasian Race shall use or occupy any dwelling on any lot.”

Racial restrictions like these became more common after the Supreme Court validated their use in 1926. They were enforceable and legal, and new neighborhoods like Haller Lake were particularly easy to restrict. In 1948, the Supreme Court reversed this decision, but various aspects of racism in real estate, including discrimination by owners and agents, were still legal and prevalent.

By the time Lakeside expanded to its middle school campus in 1981, the school began to reckon with the racial covenants in its property deeds. They included a clause in the Middle School deed stating that “the school shall not be operated on a racially segregated basis” and that it “shall not practice or permit to be practiced discrimination on the basis of race, color or national origin in admissions or in the operation of any school activity.”

But the historic racism of North Seattle begs an essential question: who and what occupied Haller Lake’s First Avenue before Lakeside? Though Lakeside occupies the ancestral land of many Coast Salish peoples, specifically the Duwamish, Suquamish, Stillaguamish, and Muckleshoot tribes, the Duwamish are perhaps most tightly entwined with Seattle’s land. The Duwamish, Seattle’s First People, inhabited the Greater King County area from the end of the last Ice Age to the colonization of the Seattle metropolitan area by white settlers. Named after Duwamish and Suquamish Chief Seattle, the city of Seattle habitually buries the rich history of the Duwamish tribe and its legacy.

The country day school model and Pearson’s ideas that drew from North Seattle’s urban city and nature led to Lakeside’s current location: only miles away from both Haller Lake and Licton Springs, the campus boasts the kind of dynamic environment that Pearson sought. But the same landmarks that attracted Seattle’s wealthy carried and continue to hold deep sentimental value for Native communities. Haller Lake, called “Calmed Down a Little” in the Coast Salish language of Lushootseed, was historically a place of refuge for the Duwamish during slave raids by neighboring tribes. Licton Springs, an eight-minute drive from Lakeside, is also revered by Native tribes like the Duwamish for its spring of sacred healing water, the last of its kind after settlers bulldozed through the bulk of North Seattle’s mineral springs. Used for both spiritual and medical purposes, the springs of Washington and their reddish iron oxide were and are crucial to the many ceremonies and practices that took place at Licton Springs. Formerly obscuring the Native traditions that took place at Licton Springs, whose name comes from the Lushootseed language, the City of Seattle finally designated the spot as Seattle’s first Native landmark in 2019 after a five-year effort from a team of Indigenous Seattlelites.

Lakeside’s current connection to its land’s Native history and communities comes primarily through Global Service Learning trips, GSL. The Makah and Elwha tribes, who sit on the Olympic Peninsula, and the Lake Quinault School have partnered with Lakeside on trips, school visits, and service, with the earliest partnership dating back to 2006. Their work involves service such as habitat restoration and working with young children, often emphasizing collaboration between students: Lakeside’s eighth graders, for instance, carry on an annual tradition in which Neah Bay Elementary schoolers from near the Makah community come to Seattle for a sleepover at Lakeside. GSL is about “being in a relationship with these communities. These communities sometimes have a mistrust — have many reasons to mistrust,” Middle School GSL Manager Ms. Patankar explained. “The idea that we can cultivate enough trust with a community to have people feel comfortable with their fourth grade children coming to Seattle and being in our care for a day is so meaningful.” And this allyship is key, she said, as it leads to an understanding of where Washingtonians live and who has stewarded the land and water since time immemorial. Along with GSL’s themes of ecology, equity, and history, Ms. Patankar brought up the idea of seven generations, which comes from Native culture: it focuses on “making decisions now, thinking about all the generations to come in the future and what will serve and benefit them.” Ecology, equity, history: the themes of GSL are the themes of Lakeside’s land and its history, both problematic and progressive. From racial covenants and obscuring Native cultures to connections to communities and progressive education, the history that Lakeside acknowledges and acts upon affects the seven generations that are experiencing and will experience its direct consequences.