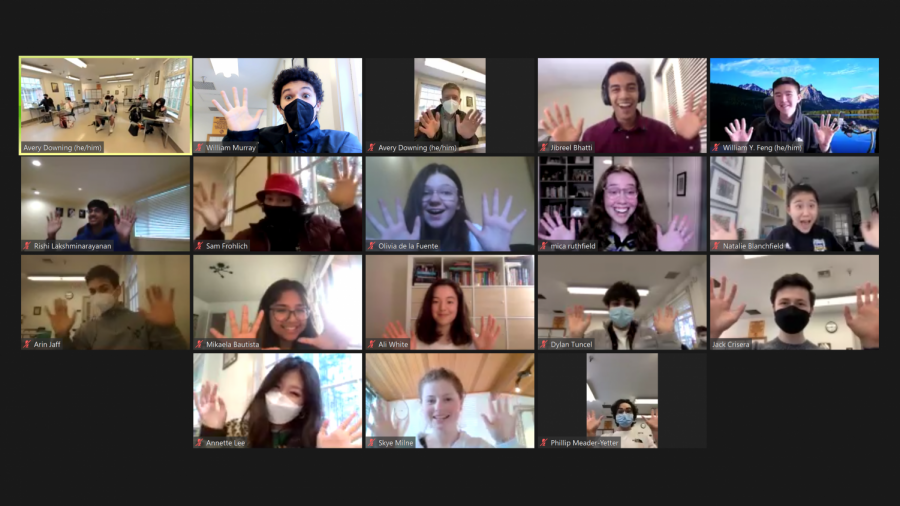 Lakeside has just enough vaccine to inoculate a subset of students before the summer begins. On Friday, April 2, the Lakeside administration announced that only students in the drama department will receive the exclusive kids’ vaccine in the 2020-21 school year.

This vaccine distribution plan was devised by the Lakeside student government. Stud Gov had initially modeled their plan off of research by the CDC but decided to go in a different direction and instead support artists. “We thought, ‘what is one way that we can make a difference in our community?’” asked student body President, William M. ‘21, a member of the drama department. “The arts are chronically underfunded and underprivileged, and it is our job to make a difference.” Drama students and stud gov representatives Jack C. ‘21, Annette L. ‘21, Philip M.-Y. ‘22, Arin J. ‘22, Dylan T. ‘22, Mikaela B. ‘22, Mica R. ‘23, Skye M. ‘23, Olivia d-l-F. ‘23, Ali W. ‘23, William F. ‘24, Natalie B. ‘24, Jibreel B. ‘24, and Rishi L. ‘24 all agreed, citing studies that showed 99% of drama kids have reported fewer step ball changes and spontaneous singing since quarantine began.

Although it had been hearsay for weeks, the decision was formally shared at an all-school assembly. After a brief announcement, Head of School Mr. Noe turned the screen over to Stud Gov, who led the school in a rousing, pitch-perfect rendition of “We’re All In This Together” from “High School Musical.” After the song culminated in a masterful simultaneous set of jazz hands, members of the student government continued by sharing relevant monologues and scenes from shows including “Bye Bye Birdie” and “Oklahoma!” Their announcement ended with the quintessential “Defying Gravity” from “Wicked.”

“Who needs the vaccine more than drama kids?” said a member of the Board of Trustees after watching a recording of the Stud Gov officials at assembly. “These students are incredibly talented.”

Student government was quick to inform Lakesiders that they would get their turn soon. “Even the darkest night will end and the sun will rise,” said one representative, quoting “Les Mis” as he signed up to get his shot. “But we must recognize that drama kids have a greater need for vaccines.”