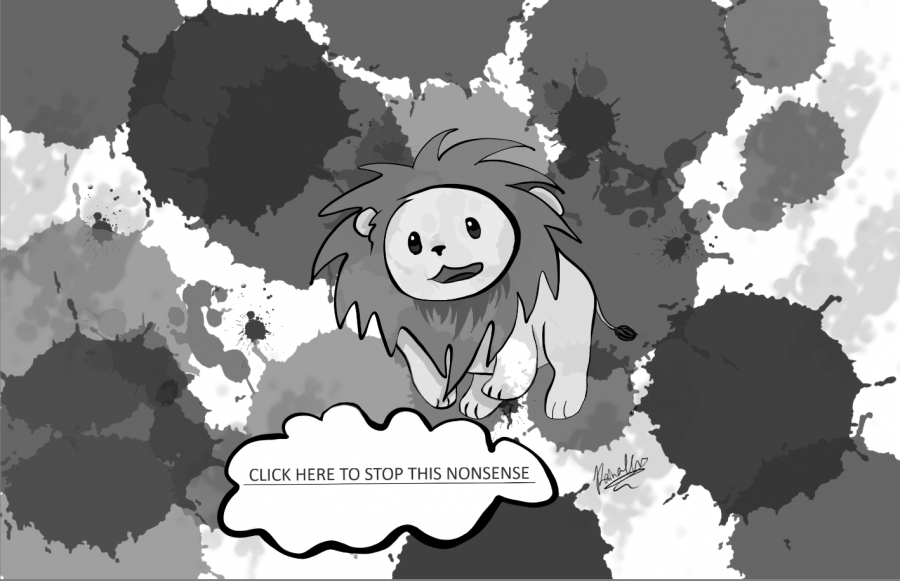 Now that elections for next year are over, Stud Gov has unveiled its latest and greatest project: its prank for this year’s remote April Fool’s. The single most ambitious plan in the history of Lakeside April Fool’s pranks, it took nearly three months to create. The code seemed endless, and the graphics painstakingly detailed, but when finished, it was spectacular. On March 15th, 2021, the prototype was sent to an unsuspecting victim, Ria T. ’24.

Ria ranted to me on her phone that evening: “I do not want, nor do I need explosions of paint blasting all over my screen followed by—is that Pikachu?! Why? Just why?” According to Ria, multicolored paint blobs had begun blossoming over her screen, appearing and disappearing every few seconds. Even more bizarre was the lion sitting in the middle of all the paint, tilting its head and holding what seemed like a cloud. According to Ria, the cloud then expanded as the lion started doing cartwheels, showing a link and the somewhat sketchy label “CLICK HERE TO STOP THIS NONSENSE.” Wary of clicking the link, it took two minutes of exploding paint images, the lion, and finally the sudden appearance of the Holcenberg House mascot popping up to drive her to press it. As she had hoped, the images disappeared, but she suddenly found herself on a website with a very familiar logo…

It was the Lakeside Student Government Website. It didn’t take long to figure out what—or rather who—was responsible for this. “We want people to visit the Stud Gov website more often,” Stud Gov representative William F. ’24 said in an interview. “This project was a way to make that happen, and it’s a great prank for online April Fool’s Day as well.” There seem to be many details to the project. “So first we have Stage 1, which is the paint and the lion doing cartwheels,” said William. “If in two minutes the link isn’t clicked, then for every minute a new House mascot appears, and so on for five minutes. If it’s still not clicked by then, the images all disappear. But we’d really hope that clicking on the link is preferable to waiting so long.”

The project, as Ria found out from first hand experience, is sent through Teams or email. “I was definitely confused when it happened, but it was kind of funny in retrospect. In retrospect,” Ria said. Whether it’s amusing or not, Stud Gov has spent quite a bit of time on it, and is excited for it to be released. “We coded it in HTML,” William said. “It took a really long time, and we hope the idea isn’t shut down.” As far as April Fool’s pranks go, this one is definitely a winner.