What Happens to the Portables Now that the Pandemic Has Ended? 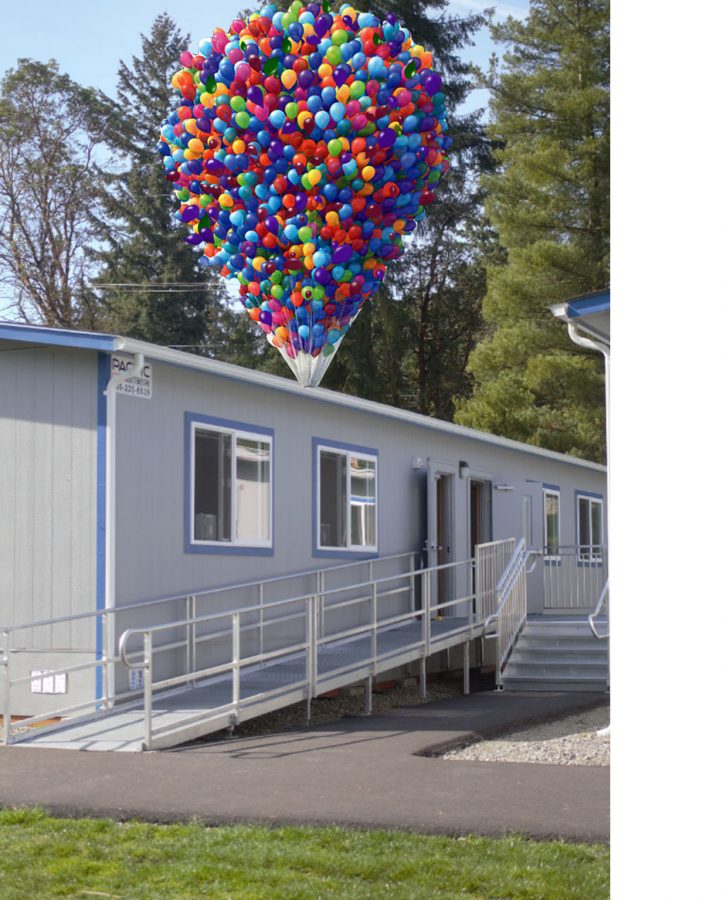 Following Governor Snelie’s removal of air circulation regulations, Lakeside administrators announced via a recent email their intent to repurpose the portables built for hybrid learning. The school recently held a referendum deciding the fate of these buildings, where students created and voted on ideas for the future of the portables. The results of the referendum are presented here in a Tatler exclusive report.

A real lion at Lakeside sports events?! That will soon become a reality with the construction of the Lakeside Zoo, turning the campus into a shared environment for both students and animals. Enclosures will be located all around the campus, including in Portables One and Two. It was suggested that these portables house arctic animals, given that the portables maintain sub-zero temperatures. Students will love an immersive experience with nature and animal life, which will even have further benefits for classes like Biology.

Concerts have certainly been lacking during the pandemic, so Portables Three and Four will be transformed into a one-of-a-kind concert venue! While the performer lineup might not initially include Top 100 Hitmakers, it will be a way for local musicians to begin building their reputation, as nothing builds one’s reputation like performing in a portable classroom! The venue will feature three-meter-tall speakers, meaning that you’ll be able to hear and feel the bass all the way from the AAC. Noise complaints? We’ll worry about it when we get there. Let’s just pretend we didn’t know it would be too loud!

Portables Five and Six will be scrapped for parts, which will be used to construct a zipline to the Middle School. Students will soon be able to get all the way from the Student Center to the Middle School in a matter of seconds, not to mention how fun (and certainly compliant with safety regulations) it will be. Some have questioned the worth of this project, and to that students say, “Of course! It’s a zipline. It’s always worth it.” Eventually, the school plans to expand this transportation network across the campus. All of the most important routes will be covered. Need to go from the clock tower to the PTA building? Boom. This network could even be expanded across the whole region and usurp King County Metro. Mr. Noe’s ultimate goal would finally be realized: complete dominance over Seattle transportation.

Finally, in the most straightforward and obvious idea yet, Portables Seven and Eight will be used in Lakeside’s production of a live-action version of the hit Pixar movie “UP.” Balloons (in the millions) will be attached to the roof of the building and float the building into the sky, where the wind will take it wherever it chooses. “UP” is all about the spirit of adventure, and it will surely take some adventurous participants for it to be a success. Live-action remakes historically have been massive blockbuster successes, as demonstrated by the widely acclaimed version of “102 Dalmatians” and, of course, everyone’s favorite, the live-action movie remake of “Avatar: the Last Airbender.” With this final project, Lakeside hopes to get in on the action and produce its very own high quality, extremely well planned-out version of this nostalgic masterpiece.

It’s one thing to be able to quickly adapt to the circumstances of a pandemic and have students be able to return for in-person learning, but Lakeside was able to further exploit the usefulness of these portables and create a long-lasting impact. It’s truly a testament to the resourcefulness and ingenuity of Lakeside students and faculty that these portables were able to be used for such necessary and in-demand projects to improve the school.