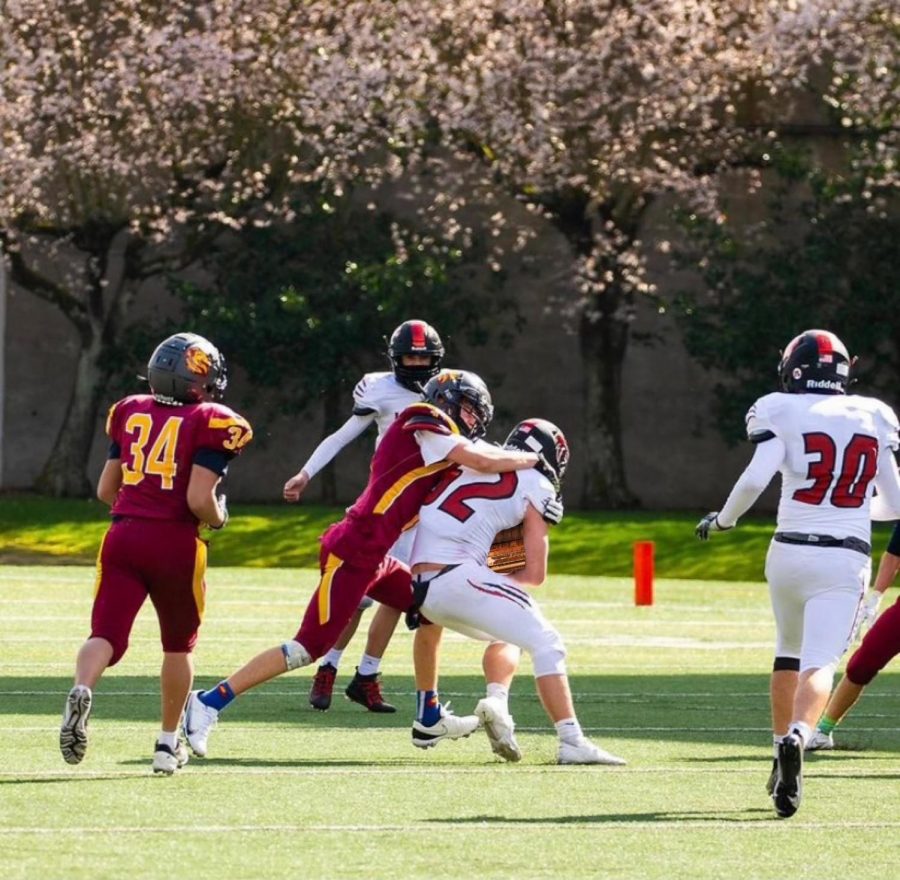 For the second year in a row, the Lakeside football team has failed to be named Washington’s Academic State Champion. With online learning taking a toll on the work ethic of many athletes, grades have dropped and as a result, Lakeside football has lost its dominance on the award. When asked about the disappointment, one anonymous player agreed to share his thoughts: “You know, of course it’s sad. It’s the only trophy or award we’ll ever win. I don’t play this game for fun. I play this game to win. Everyone should play this game to win. So to have our only chance of winning a trophy slip right out of our fingers, yeah it sucks man.”

To be considered for the award, the average GPA of a team must be higher than a 3.0, and every season, the teams with the highest GPA in their respective divisions are named state champions. Lakeside has generally done well with this award, which makes sense given the competition in our particular division: Ingraham, Ballard, and Garfield don’t exactly instill much fear in the brainy athletes of Lakeside football.

That’s why it was such a surprise in 2020 when Lakeside lost the award to Southridge. In the months of grief and coping that followed the shocking announcement, one player’s anonymous reflection stands out: “It was a pretty big deal for me. All the hours of work. The grind. Everything was for nothing. I feel like a failure. I let my teammates down. This will never happen again.”

With such determination, it would be reasonably expected that Lakeside would go on to reclaim the throne this season. In fact, in the weeks leading up to the recent announcement, one sophomore privately told me, “honestly academic state champion is no big deal, we got this in the bag.” Twelve days later, the WIAA released a statement, announcing Ingraham as the academic champion for 3A football.

With the bright lights of Lakeside shining down on its student athletes, they couldn’t deliver another academic state championship. The implications for the future are unknown, but for now, the athletes will now have a new chip on their shoulder as they look towards the state competition itself.