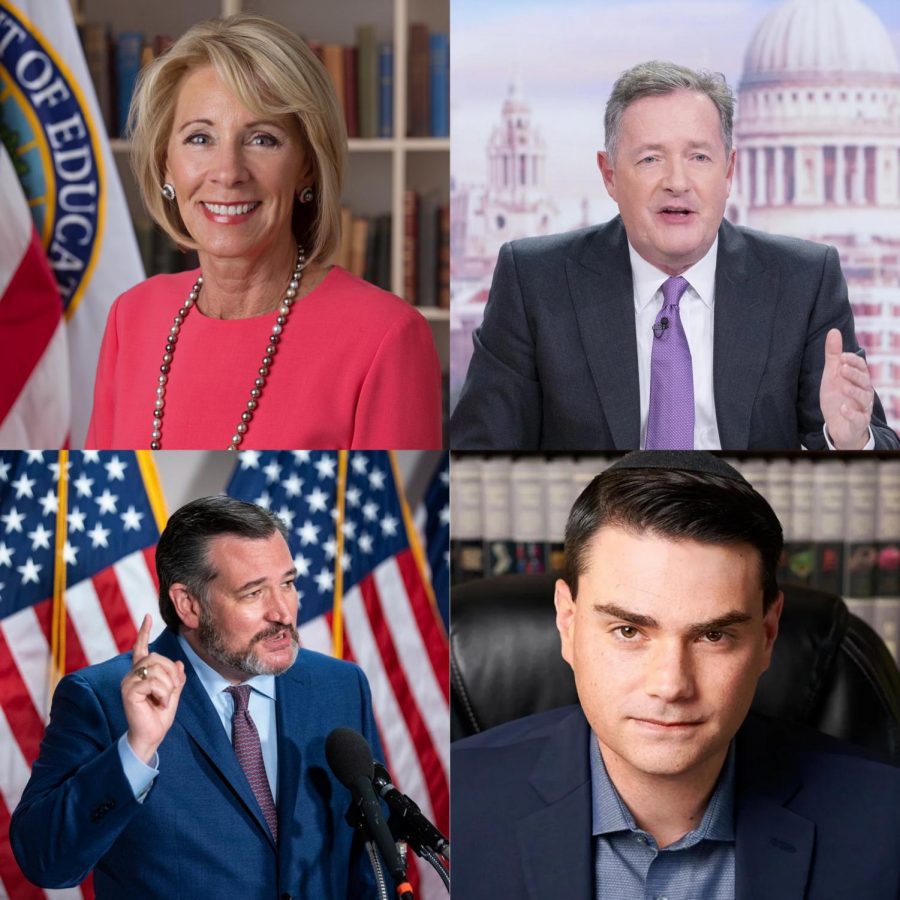 It’s no secret that here at Lakeside, we struggle to find political diversity on campus. While we on Tatler do what we can to provide a space for contrasting opinions, our impact is limited without the support of the administration.

However, this month, in an effort to bring a wider range of political views to campus, Lakeside announced four new teacher hires that will be joining the staff next fall.

Joining the Tatler faculty advisor list next year will be Piers Morgan. Morgan has been looking to escape the recent backlash he has been facing from his comments on Prince Harry and Megan Markle’s interview. According to his assistant, “taking a step out of the spotlight and into the dimly lit Tatler room is just what he needed.” In a message to the Tatler staff, Morgan stated his excitement to teach us valuable lessons such as how to control your temper during an interview, refrain from interrupting, and the best ways to make your interviewees feel welcome.

Ben Shapiro will also be joining the staff as the new faculty advisor to Ethics Bowl, a role in which he hopes to pass on his expertise in making moral and ethical decisions, as well as how to crush your opponents’ spirits. In addition, the administration giddily announced that Senator Ted Cruz will be coming on as a new addition to the outdoor program staff. Hired solely to lead the February skiing outdoor trip, we are sure the senator will excel in the role, as he is truly an expert on how to survive a winter storm. Finally, after much deliberation, Lakeside is proud to be welcoming its first female Head of School, Betsy DeVos. The school was elated to secure a new head who has so much experience and insight to bring to the position.

The administration would like to encourage students to welcome the new teachers with open arms and say hello when passing them in the halls. We all know what it’s like to be the new person on campus, and together, we can help make the transitions into our community as smooth as possible for these new additions to the staff.