College Counselors Driven Away By Class of ’21 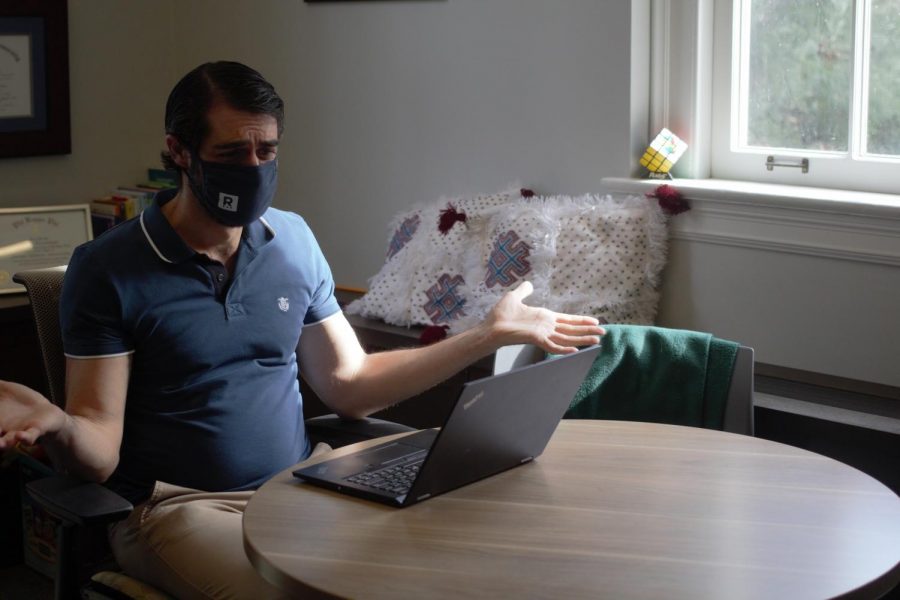 On an otherwise quiet Wednesday in late March, juniors, seniors, and faculty alike were disconcerted to have their lunches disturbed by a throng of adults, later revealed to be Lakeside’s entire college counseling office, fleeing Bliss Hall. An email sent out by the school that evening cited “irreconcilable differences” and informed the student body that they will not be returning.

To date, it is unclear to where the counselors ran after leaving campus. In an unfortunate transgression of COVID safety regulations and diversion from students’ afternoon classes, several people abandoned their assigned spaces to chase after them, but lost sight of them after just a few blocks. While the authorities have been notified of their disappearance, it is unlikely that they will turn anything up. According to one admissions officer, it is a known tradition in the college counseling creed to end one’s career by vanishing into the woods and never being seen again. “Of course, I respect their decisions,” the admissions officer clarified, “but I do wish that they had given us a few weeks’ notice.”

Although the counselors refused to comment when reached out to, accounts of them weeping in the halls over “unrealistic expectations” and “pulverized dreams” may shed some light onto why they left. Administrative staff seemed dismayed but not surprised by this turn of events. One, who chose to remain anonymous, told a reporter, “Things like this aren’t too uncommon. College counseling is a very taxing profession.” When pressed for details, they merely said that disappointed parents would probably “continue to torment their dreams for years to come.” It is unclear what exactly this might mean, but the interviewee took on an expression that could only be described as haunted and would not respond to any further questions, so the interview was taken to be over.

Fortunately, it seems that this was all well-enough anticipated that a new set of counselors is already ready to be instated by early April, so Lakesiders should prepare to welcome some new faces to campus. Another administrator enthusiastically suggested that they “might make it through the next two, maybe even three years!” However, this optimism is probably unwarranted, and the school would do best to get a head start on looking for replacements immediately.