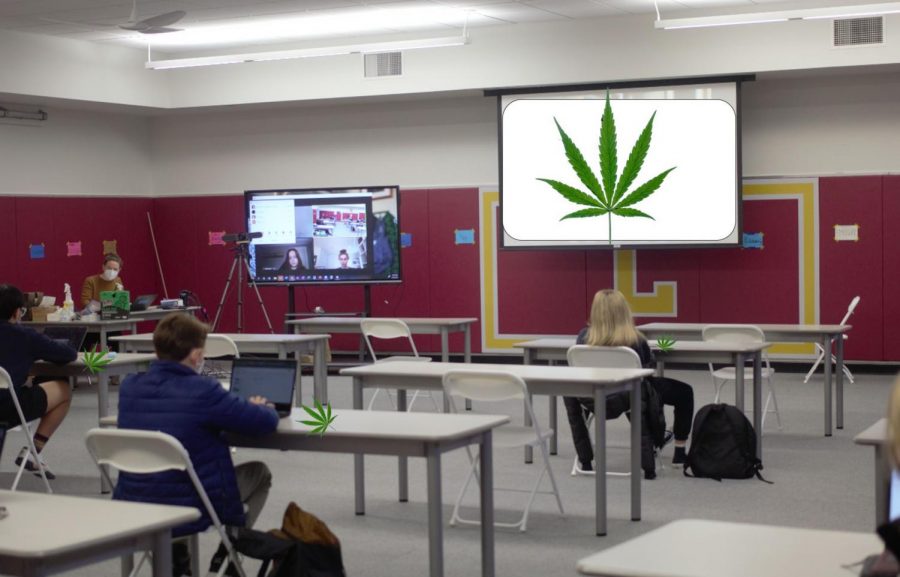 On the evening of March 15th, 9th grade parents and guardians received an email from the Lakeside Physical Education Department announcing the adoption of medical marijuana education to freshman wellness classes. “Due to these unprecedented times in which students are reporting higher levels of anxiety, worry, and COVID-related stress,” read the email, “this year’s Wellness curriculum will include a unit that educates students about the many health benefits of marijuana.”

According to the email, the three-week unit will include themed days such as “Nutrition and Marijuana,” “Sharing is Caring: The Art of Passing It Around,” and “Making Good Choices: Which Strain is Right for You?” In addition, Wellness teachers will be replacing the traditional home economics cooking lesson with a crash course in brownies. As with all Lakeside classes following this year’s “re-envisioning,” students will be evaluated on various competencies and mindsets tailored to the course: “Willingness to Experiment,” “Ability to Chillax,” and “Hunger (For Knowledge).”

Likely expecting backlash from parents worried about their teens stealing from their stash, the email included evidence in support of this addition, citing multiple studies linking marijuana to higher performance in ceramics classes. It also included information about Washington’s Medical Marijuana Program: while medical marijuana patients typically have to be eighteen years of age, Lakeside has used its extensive alum network and multi-million dollar endowment to become a legally designated provider.

While the parent reaction so far has been mixed, the announcement has created a considerable buzz. Students have eagerly ordered new lighters off Amazon and practiced joint-rolling during lunch.

The late March email closed by acknowledging that this new curriculum is a “trial run,” but that the P.E. Department is hopeful that this introduction will lead to some high times for the students. Let’s only pray for the freshman who has Wellness the period before their Honors Geometry test.