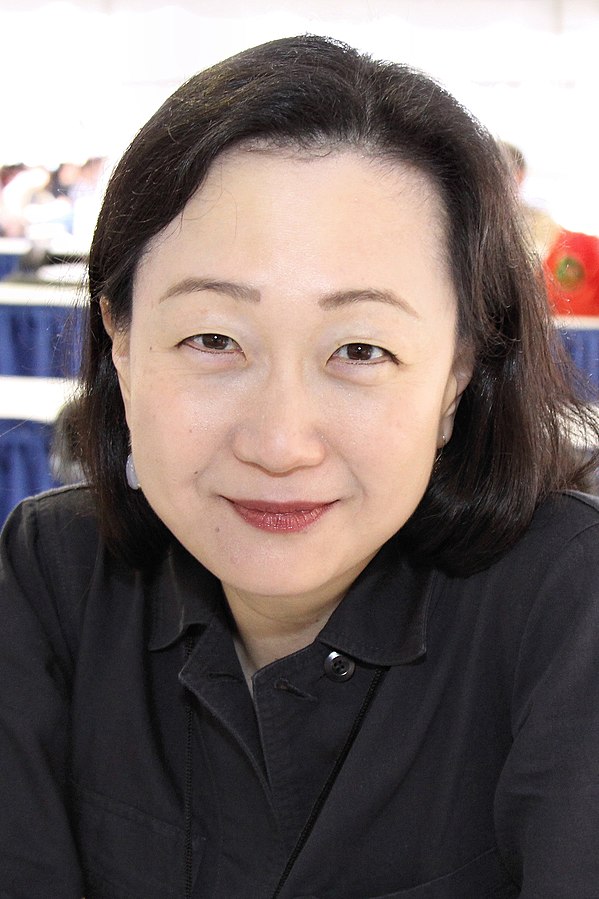 Min Jin Lee is the New York Times bestselling author of Free Food For Millionaires and Pachinko. Born in Seoul, South Korea and raised in Queens, New York, Ms. Lee studied at the Bronx High School of Science and at Yale University. On March 17, Ms. Lee graciously met with Stellan M. ’23 and Aaron Z. ’23 over Zoom to talk about literature, identity, and history.

How did immigrating and growing up in Queens, New York inspire you? What was your experience attending elite institutions like Yale and the Bronx High School of Science?

I loved growing up in Queens, and I love the Bronx High School of Science, not because I’m a science student, but because I know that it’s possible for people of different backgrounds to live in peace, to form a community. If I grew up in a monoracial environment, it would just be imagination. I think that I have a stronger vantage point because of my experiences of heterogeneity and diversity and inclusiveness. It’s not perfect, but it’s possible. And that gives me an enormous amount of strength about the things that I argue about.

As for the elite spaces, I’m really glad I went to Yale in some ways, and in some ways I can’t get over how hard it was for me socially: I had never been around so many white people before, because I only knew Jewish people or Italian people or Polish people; everybody had an ethnicity. And at Yale it was really about being white. Even when people weren’t actually white, they just kind of reified the structure. That was shocking for me.

Free Food For Millionaires, Pachinko, and your upcoming book American Hagwon focus on the Korean and Korean American experience; what do you feel is the importance of telling Korean stories?

These are stories that I’m personally very interested in knowing more about. I usually start any writing project with questions that are really meaningful to me. Korean stories have value to me. And I think what’s really surprising is that if I’m specific about the things I’m interested in, it turns out that those have value to other people.

But it’s not just the subjects that I choose. I spent most of my life trying to figure out how to tell stories—telling stories is of universal importance, I think. We learn better through stories. And that’s something that I’m interested in sharing.

How has your time living in Japan influenced the way you view Asian people and in particular, Korean and Japanese relations?

I think living in Japan really changed everything. Most people in America haven’t been to Asia. So when you go to China or the Philippines, for example, you’re going, ‘Wow, this is so great!’ Until you’re there, you don’t realize what ridiculous provincial ideas you have about places. I had been learning about Koreans in Japan through books and little bits of interpersonal reactions. And then when I lived in Japan, I realized, they’re just like you and me. They just wanted to have regular lives and didn’t want all the fuss and all the drama.

And I think this is one of the reasons why I do so much field work, because I don’t know how many provincial ideas that I have. And I have to be really mindful of my biases and my stereotypes and then uproot those.

History informs so much of my writing in the same way science informs the way I live my life. Often when you’re in high school, you’re taking all these exams. People say you have to know these things and you’re like, ‘Why?’

I took BC Calculus and I did miserably. But having taken calculus, I understand this idea of approximation—measuring things when things are not easy to measure. It’s about approaching an answer as opposed to feeling like there is an answer. So my study of history has this approach of truth: your approach of documents, your approach of relying on evidence. I think that kind of intellectual inquiry is terribly important. It’s a really seductive idea in the same way science and math are really seductive ideas of accuracy.

I think that these disciplines, although they’re very beautiful, important, and require enormous rigor, are limited. Where they are limited, I’m trying to figure out how to fill the gaps through imagination. And I’m just speculating; as a fiction writer, you’re always speculating and positing an alternate story. So fiction is writers asserting in our own way our idea of how the world should be. We take care of the world and we try to create a cosmos. That is something that I’m actively trying to do.

I don’t think there’s nuance. No, not even close. I think we’re just starting to crack open the door half an inch. And I guess I should say I’m really grateful, but I’m not. I’m actually irritated. And I think you guys should be irritated. You deserve better. I deserve better.

The history of Asian Americans is a long, rich, intense, powerful history. And the fact that your generation, unless you’re very privileged, doesn’t know it—it’s a crime, because you need to know it. You need to understand how long Asian Americans have been here.

‘Asian Americans’ is such a humongous tent of people. I’m glad that Hallyu is happening in their soft power, and this is really fun; those guys know how to dance. However, it’s a tiny sliver of a segment of the world. And there are four and a half billion Asians around the world. We’re actually the majority; how cool is that? And why aren’t we walking around being like ‘We’re the majority.’? We’re walking around thinking, ‘Maybe if I change my hair or my eyes or if I do something else, they’ll like me more.’ I think that’s preposterous. Look at the data. There’s four and a half billion Asians.

Violence against Asian Americans has increased during the pandemic; how do you think students, writers, and institutions can combat systemic racism and prejudice? What advice would you give students interested in racial equity?

The first thing to do is to say it is happening and to say that it’s bothering you. It’s not just an intellectual issue, it’s an emotional issue.

The reason why I was crying today is because I was really hurt. It really hurts me to see other people getting hurt. When you think about all the hate and violence against Asian Americans, I think none of us really want to be bothered by it. We don’t want to be triggered every day by looking at all these horrible videos.

It is an issue that affects me and people that I really care about. And I speak about it. It’s uncomfortable for me to talk about it. I don’t enjoy crying in public. Yet I do it because I’m hoping that people will see Asians as something beyond a confident, hard-working group of people—the model minority. The actual situation is much more complex. There are so many poor Asian Americans in this country that we choose to ignore, and their history, their lives, are as important as any wealthy person’s history. So if you’re really interested in social equity, we could talk about it and take action. I think eventually, we’re going to change laws. I think we should demand attention, and it’s okay to demand attention. If your generation cares about it, then I will have hope.