Representation in Arts: A Conversation with Dr. Naomi Andre 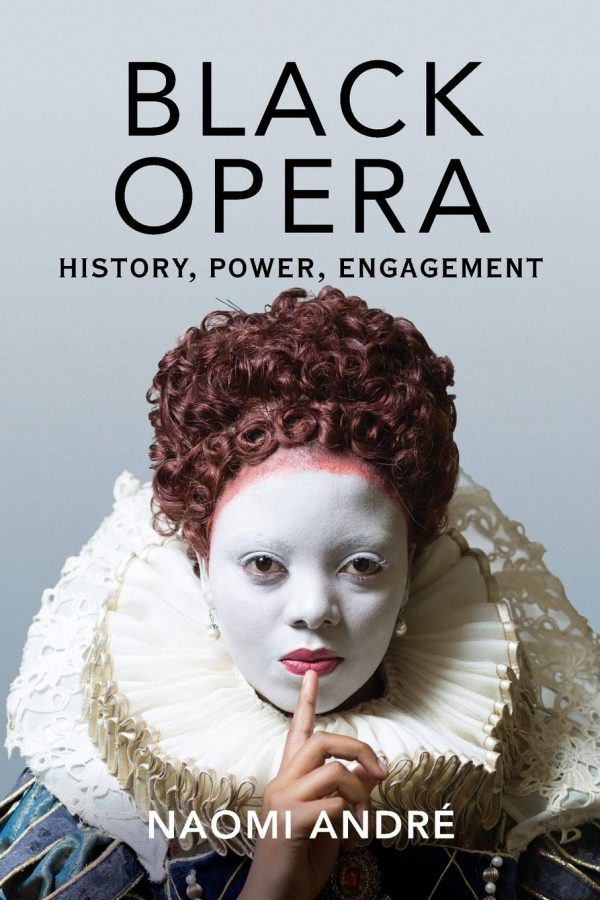 Recently, Sia’s movie “Music” incited heavy criticism due to the film’s problematic portrayal of autism. This controversy brings up the underlying issue of prejudice and representation in arts and entertainment. We were fortunate to sit down with Dr. Naomi Andre, who spoke during assembly on February 10th, to discuss this lingering trend in the art industry. Dr. Andre’s speech was a blend of vivid personal experiences and lessons from operas, all framed by her research around representation of race and gender in artistic settings. Dr. Andre currently works with the Seattle Opera as the inaugural Scholar in Residence.

In the opera community, racial issues pertain to both the material they perform and the representation in cast. Dr. Andre first began her diversity work for the Seattle Opera as a panelist for the operas “Porgy and Bess” and “Carmen,” eventually leading her to a consulting role with the company. While both of these works contain art that is highly regarded and appreciated, they contain racial negative stereotypes that needed to be addressed, raising the question “how do you bring a story like [Porgy and Bess], and introduce both the white and the non-Black, and the Black communities to this?”. This was where Dr. Andre first stepped in and what she continues to advise on today.

Addressing the continual use of blackface and yellowface also plays a huge role in improving the opera community. Dr. Andre notes that while these practices were commonly used in the past, she still has seen many instances of it today without any recognition by the company. While she acknowledges that each role and performer is unique, saying that she is not as strict as some of her colleagues when it comes to casting only people of color for characters of color, there are many underlying issues that need to be addressed to truly rectify the systemic issues that reinforce racial inequality. In her line of work, she addresses questions such as “How do we open up our halls, to meet, to advertise, and to really connect with communities of color and bring them into the Opera House?”

Dr. Andre believes in what Ibram X. Kendi called the anti-racist approach: “We can’t just let the status quo happen anymore.” One way to remedy the issues is through the “Engaged Musicology” practice, which centers around three questions: “Who created the work?”, “Who is performing?”, and “Who are the audience/interpreters of the work?”. For example, many performing arts like opera were created decades or even centuries ago, and their past performances included the practices of blackface and yellowface. Over the years, these practices became ingrained into the characters, and it is important today to let artists of color play these roles. “In order to do [these performances] now, we have to let people today embody [the roles],” said Dr. Andre. The expression of classic art through a modern lens is an important step towards increased representation.

In addition, we should also encourage newer works that seek to tell the stories of underrepresented people and cultures. For example, for the opera “Amistad” by Anthony Davis, which talked about the slave ship that sailed from the west coast of Africa, included a character that was an allusion to a Yoruba deity. Yoruba is an ethnic group from West Africa. However, many, including mainstream critics and scholars, “didn’t know how to read [these] cultural codes” because of their unfamiliarity with the allusion, demonstrating a trend in opera where native African culture is underrepresented. Stories that spotlight these groups can diversify the art industry.

In addition to increasing representation, art can also communicate social-political ideas to the public. Dr. Andre describes a popular yet misleading perception of art: “Some people want to think that arts are [just for decoration] and devoid of political meaning, but that is an old fashioned, privileged, and elitist position.” In fact, she believes that artistic expression is a great medium for challenging ideas and controversy, which is not starkly different from traditional forms of activism. Even the most abstract art can cultivate emotions and be eye-opening because they mirror the diverse backgrounds and experiences of the artists. In addition, opera is often perceived to be a high-class, pristine, and exclusive art-form. However, like all other arts, opera is all about communicating and story-telling. It can be raw, emotional, and subversive; opera can be an opportunity for all to engage and witness the vibrant performances.

Dr. Andre precedes to encourage students at Lakeside to be willing to experiment: “In high school, you’re still finding your voice and gathering technique.” But seeking to express social commentaries through art, in addition to pure aesthetics, can be meaningful.

As it pertains to the whole school, Dr. Andre advises students and departments to look at the material of our performance and ask ourselves the questions of her musicology practice. This pertains to the historical context as well as understanding of the composer. She also notes that “It’s important to have some of the voices who’ve lived that experience, and to realize there’s no … monolithic experiences.” A single diverse performance is not enough; rather, it is crucial that we pull from a myriad of stories from people of color to ensure that we, as Lakesiders, open ourselves to many experiences. Representation in the arts, even art forms that may not seem as readily as accessible to us as students, plays a large role in sharing our experiences and backgrounds.