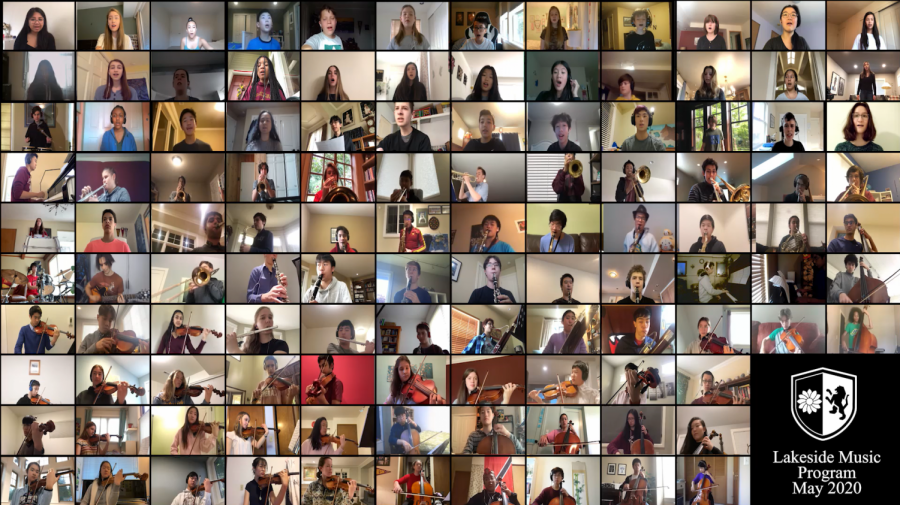 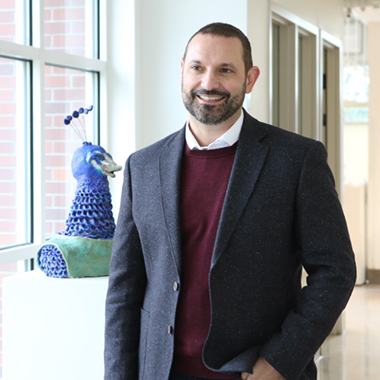 Among the courses Lakeside offers, the arts are probably the hardest to teach remotely. Music classes depend on being able to play together. Imagine trying to do that with incessant lag and varying microphone qualities. Imagine trying to keep your eyes on three or four other people to look for performance-based cues. It’s the nightmare of a buffering Zoom connection, multiplied by a hundred.

As such, when COVID-19 started to become increasingly concerning, people became worried. Most arts students, especially orchestra students like myself, wondered how music could happen on Zoom in a group of around one hundred when it was already difficult to hold a simple conversation between a group of ten. Fittingly enough, however, orchestra was also the first class to feel the impacts of COVID-19.

“March 2nd, 2020, was the day we were loading the buses to Benaroya Hall,” says Mr. Krus, director of the Upper School orchestra, “and while all of our students were on buses was when Jay Inslee came on the air with the King County public health director and said ‘it’s a state of emergency’ and gave the first press conference about COVID-19.” As Washington was the first state to detect COVID-19, the orchestra staff had no official requirements or guidelines they could point to and follow. Quite literally, there was no precedent. What decision the orchestra made then would set the precedent, and “we made the decision to pull everyone off the buses and cancel the event.” This decision was largely unpopular when it was first announced—I can remember the grumbles from fellow orchestra players, somewhat weighed out by the worried sighs. As we all know, however, it aged extremely well; one week later, Lakeside announced that it would be closed for four weeks to prevent the spread of COVID-19.

That still left the problem of teaching orchestra remotely, however. I think we all remember hoping the disease would pass in just a week or two, but in the event it didn’t, the orchestra needed a contingency plan.

“We’re not going to abandon making art” was the goal for the entire arts department, but it wasn’t until this past fall that orchestra really got its focus back into collaborative music-making. And it was indeed an impressive foray, making use of various softwares in various ways, with massive amounts of flexibility shown by both the orchestra teachers and the orchestra students.

“Mr. Krus calls it [being] a ‘recording artist’ rather than a ‘performing artist’,” said Mira L. ’23, a violinist in the orchestra. “[We] experimented with a lot of new platforms and new ways of making performances. It’s definitely been a learning experience.”

I am in fact a part of the Seattle Youth Symphony Orchestra, a well-known extracurricular orchestra. Although using similar techniques to the Lakeside orchestra, SYSO has resorted to using click tracks (recordings of musical pieces with a regular beat playing that allows people to play along with while recording music), shared using Google Drive. As such, I was impressed with the Lakeside orchestra’s use of various other softwares like Upbeat, which drastically decreases the time between recording and viewing, allowing for quick re-recording and fast turnaround for feedback. This format of recording different parts with small groups of people and assembling it into a full orchestral piece is about as close as we can get to simulating an orchestra without actually playing together.

However, this development was only put into use in the fall of 2020. Much of the remainder of the 2019-2020 school year consisted of individual projects, sometimes collaborating in small groups. The climactic Arts Fest project offered the opportunity to play with others to create a multi-layered music piece, or to create one by yourself (and I decided to hoard my viola by doing it by myself). Ultimately it allowed people to make music, but was flawed in two ways: it depended on highly finicky technology; and it only allowed small, one to four person groups. The charm of classical orchestra is playing in large groups, being part of a singular organism. “There’s this feeling of being something much bigger than you, a small piece of a large machine or a team,” said Mira. “I think there is an inherent collaboration in music and that is something that is really important to me.”

It is thus a relief that hybrid learning, after several false starts, has finally arrived.

Remotely, the orchestra is largely an individual affair. Current projects resemble the Arts Fest project from last year, with single or small groups recording layered tracks of pieces they want to play. Orchestra is currently making use of its remoteness to its greatest advantage, using our isolation to create music and practice our recording chops.

The current setup in-person for the orchestra is a socially distanced Chapel, with marked spaces on the floor and disinfectant wipes to clean the music stands. Mr. Krus walks and stands in a small, taped off box with a grand piano and music stand. Next to him is a large TV that alternates between YouTube recordings of the pieces we are playing and the Zoom call with those of us still remote (including me). In the corner of the room is a massive white HVAC machine, constantly filtering and recycling air. It rattles, but for the sake of safety you must make sacrifices. It doesn’t help that our reduced size (when last I was on campus, only one cello and one bass, as we had limited numbers of sophomores and freshmen who played those instruments and could come to campus) and rustiness in orchestral playing leaves us quieter than desired.

Despite all of these hurdles, all of these handicaps, orchestra is making do. In fact, Mr. Krus hopes that we may keep some of the better changes for the future.

“We’re not just going snap back to the way we used to do things, there are things we  are doing now that quite honestly, as the arts leader, I wanted us to be heading in this direction anyway!” replied Mr. Krus, when asked about plans for the future of the Lakeside orchestra. “So now it’s about capturing the individualised projects and incorporating them into the ensemble and group activities…. It’s about doing the best of both worlds.”

In fact, despite the hardship, the orchestra program only seems to be going up.

The viola section is notorious for being underwhelming, not just in music but in size. Last year we had just 7 violists, two of them seniors that have since graduated. Two more did not return this year. Now the most senior violist, I did not expect much of the viola section this year. It came as a pleasant surprise to find that not only did we have so many freshman violists, they actively participated.

“The interest level in the arts program has actually slightly increased at Lakeside,” Mr. Krus said. “During a pandemic which makes arts the most difficult subject to teach! That is an incredible accomplishment from all of the teachers in the arts. In fact I don’t think that anyone has sufficiently acknowledged how amazing an accomplishment that is for all of the arts teachers.”

There’s yet hope for the arts.