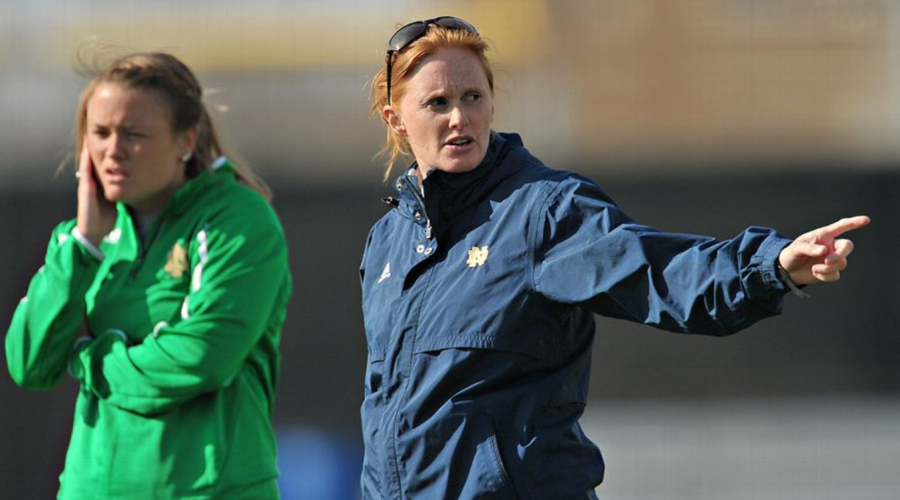 Theresa Romagnolo ’97 was an accomplished three-sport athlete at Lakeside, playing basketball, tennis, and soccer and racking up medals everywhere she went. In tennis, she won the doubles championship twice, and in soccer, her team won a state championship not once, but twice, the first ever for a Lakeside team. Twice, she was named the Seattle Times Athlete of the Year. She graduated from Lakeside in 1997, but her athletic career wouldn’t end there. Recently, I got the chance to sit down for a short phone call and talk to Theresa about her life after Lakeside.

Following her graduation, Theresa went to play collegiate soccer at UW in the then Pac-10. Her senior year, her team won the entire conference, the only time a team outside of California has won. That same year, the WUSA, the first ever women’s soccer league, began. Theresa was drafted in the winter of her senior year to the San Jose Cyberrays, and later that year they went on to win the first ever WUSA championship. In her third season playing for the Cyberrays, she suffered a back injury which put her out of commission for a year.

It was then that she decided to switch to coaching, something that she’d, up until then, done on the side. She started at the University of San Diego as an assistant for five seasons, eventually moving to Stanford where she was also an assistant for three years. After Stanford, Theresa got a job as head coach for the Dartmouth soccer team. For her, “it was a new challenge” and gave her “the opportunity to turn around a program.” And turn around the program she did. Her first year they finished with a 4-12 record, but the very next year they went 13-4. After three years at Dartmouth, she got a call from Notre Dame about a head coaching position. Although she was invested in the program at Dartmouth, as she summarizes, “if Notre Dame calls, you don’t say no.” One of her greatest accomplishments, she recalls, was taking a Notre Dame squad that had graduated nine seniors and winning the ACC championship.

After four years at Notre Dame, Theresa took a step back from coaching to spend time with and take care of her two young daughters. Reflecting on her career, she acknowledges that she’d never set out to be a coach. After playing and thinking about the future, she’d realized that the next best thing was coaching. “You had the thrill of the game, but also the day-to-day relations that you’re building.” When asked if she preferred playing or coaching, she had a hard time deciding. As a player, she relished her ability to impact the game and that you really only had to focus on yourself. However, as a coach, you have to focus on more than yourself, figuring out how to put all the pieces together and get the most out of your players. “I love them both,” she concluded.

At the moment, she is the head coach at St. Mary’s College, coaching soccer in the West Coast Conference (WCC), the same league where she started at San Diego all those years ago. Coaching is not something that athletes set off to do, but as Theresa’s long and exciting career has shown, it can be a fulfilling occupation. To all you athletes reading this, perhaps it can be something to consider in the future. For now, however, as Theresa says, “stay hungry — relish your successes but keep on striving for more.”