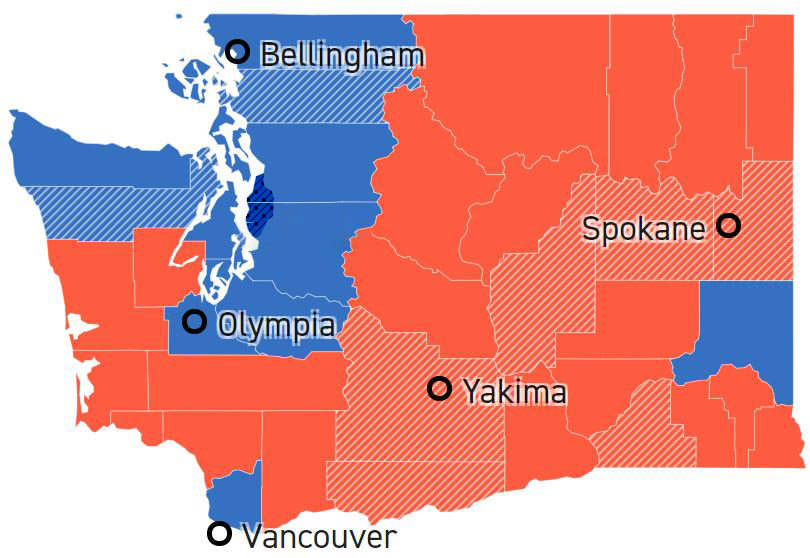 It’s a scene that’s become so familiar over the past year: political news breaks in the evening, and the next morning’s classes open with a wry allusion, along the lines of “How crazy the times can be…” It’s intended to be a general comment on news and politics today, and it often comes off as such, with a tinge of implicit political bias — a suggestion that a certain side is likely to blame and the other is trying to reason with them to no avail.

And this is a normal response: according to a 2014 study by the Pew Research Center, the number of Americans who express consistently conservative or liberal views have doubled over the past two decades, from 10% to 21%.

But this implicit bias can cripple our abilities to interact with community and politics in an effective manner. A study published in the Harvard Business Review in 2019 found that, observing Wikipedia editors with politically diverse and non-diverse teams, “polarized teams engage in more debates but with less toxic conflict than ideologically unbalanced teams, where the efforts of lone, contrarian editors to ‘de-bias’ articles sometimes provoked charged disputes.”

Right now, implicit biases often bubble up with controversial political speakers and events of that sort. How can Lakeside work to incorporate political diversity in order to more productively engage with its community and politics?

Constructing a community with diversity of outlooks comes with hurdles. While inviting people with diverse views may invite political diversity, admissions and hiring based on political leaning is prohibited. Bringing a range of outlooks to Lakeside is often more indirect.

In admissions, looking at other aspects of application identities in itself may bring applicants of diverse political views. The admissions team also works on extending outreach, in order to meet a more diverse pool of students. Particular to this process is meeting students in their own communities, a tactic that the admissions team hopes to apply when it is safe to do so. The idea is to “leave your campus first and be in community with people on their own turf,” Director of Admissions and Financial Aid Ms. Wilson said. Applying to private school can be daunting, particularly for underrepresented communities, so by going to communities that students are already familiar with, the admissions team can lessen the pressure and connect better with students.

The admissions team also holds virtual open houses, which allow for increased attendance to admissions events. Notably, the first Black/Latinx admissions event was held prior to winter break, where current families and an alumnus spoke.

These methods aim to reduce obstacles, both perceived and logistical, for applicants. By reaching out to more people, the admissions team can connect with a more diverse set of students. And “when lived experience is different,” Ms. Wilson said, “diversity of thought can come through.”

In the graphic, 2020 admissions data is overlaid on 2020 voting data. Lakeside admissions is generally limited to metropolitan Washington, which is generally liberal. And extending outreach to rural Washington comes with logistical issues, like transportation. While these are general statistics, the idea holds that diversity of outlook can show when there are diverse experiences. Then instead of looking at political diversity through admissions, would it work to look at it through teachers?

In the summer of 2018, eight teachers and administrators participated in a training on “intergroup dialogue,” facilitating discussions across differences. They then introduced this approach to history and English teachers. In 2020, they created a training module for all academic departments. The training was structured as a week-long workshop, but this year, departments did half-day workshops. “It is by no means comprehensive, but it is a start,” Assistant Director of Equity and Inclusion Profe Bensadon said, “to creating a space and culture in our classes where conversations across differences can occur.”

The key to this type of class culture is deliberately putting time into developing a culture of trust in classrooms, in order for people with different perspectives to feel supported in disagreement. Profe Bensadon noted that while this approach may seem counterproductive for teachers who would rather dedicate class time to content, “research shows that without this step, you cannot have authentic and honest discussions about controversial or personal topics because people need to feel supported and respected in order to do so.” Particularly in addressing views that do not align with Lakeside values, “it’s important to address why certain things are the ‘-isms’ we do not uphold, or how they came to be about in the first place,” Profe Bensadon said. “By just labeling something as exclusionary, we are missing out on an opportunity to think critically about a social issue that impacts many people in critical ways.” However, if the topic at hand is hurtful to anyone’s identity, then the priority is to take care of community members who are targeted.

All in all, Lakeside’s work in political diversity seems to be in school culture, often adjacent to other types of diversity. The actions towards diversity of outlook may be indirect, but “schools by their very existence are political institutions,” Middle School History Department Head Ms. Rogers said. The U.S. is a country where education is required by law, and schools are shaped by institutions, boards, and elected officials. Schools shape citizens. “We have a mission to shape and educate in a particular direction,” she said.

At Lakeside, this direction is often outlined by the mission statement. Lakeside’s mission statement says, “We are committed to sustaining a school in which individuals representing diverse cultures and experiences instruct one another in the meaning and value of community.” Lakeside’s admissions initiatives support diverse cultures and aspects of diverse experience. And with diverse experience, how might it encourage its expression and open discussion?

The mission statement also highlights young people in a “global society” and a program in which “educators lead students to take responsibility for learning.” As much as it is a topic of school culture, it is one of student responsibility.

Metropolitan Washington and academia provide Lakeside with a particular concentration of liberalism. It would be a groundbreaking step in Lakeside’s development as a school with progressivism and forward thinking in its identity if, when given the opportunity to break the mold of liberal academia, Lakeside actively pursues political diversity in an environment that is hostile to it.