The Merits of STEM Competitions 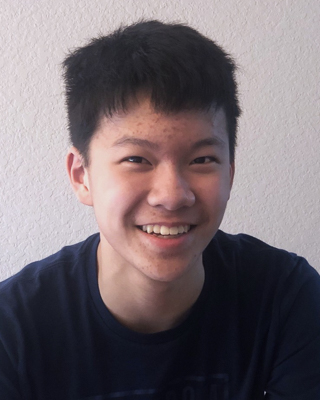 February is known to most students as a month of romance and celebration, with Valentine’s Day and the Lunar New Year coming around the corner. But for some Lakeside students, as pink and red balloons fill the air around them, it’s also a hectic month of preparing for and taking tests. The Mathematical Association of America (MAA), the American Association of Physics Teachers (AAPT), the American Chemical Society (ACS), and the USA Department of Energy—among many other national organizations that would fill the page if I listed them all—all host various STEM-related competitions, almost all of which occur somewhere between January and March.

Some may wonder why these competitions are worth participating in when Lakeside already has such an excellent honors math and science curriculum. One answer is that competitions and school curricula have different focuses. Taking advanced math and science courses at Lakeside can provide a solid foundation, and students learn core concepts in algebra, geometry, or calculus that are useful in many disciplines. On the other hand, competition math is a blend of many math topics. Some of them are not very emphasized in traditional curricula because they may look like whimsical tricks or neat puzzles rather than “real math.” However, contest math increases the breadth of math comprehension as a whole. Using complex numbers to solve geometry problems or using algebraic techniques to understand number patterns are common tropes in competitions. This not only improves students’ math capabilities but also develops their problem-solving skills.

To get another view on math competitions, I asked Lakeside freshman Alex Z. ’24 for his take. Alex has performed extremely well in national math competitions: he is one of the top twelve math contestants nationwide in the tenth grade and under. Alex says that competitions are like solving sudoku puzzles, and that they are “a fun challenge on which I feel I can see improvement consistently.”

Besides math, computer science is also a popular STEM competition subject. Lakeside’s advanced CS courses focus on programming with considerations to concurrency, platforms, and hardware constraints. Students learn to implement large projects with many parts, and are exposed to topics such as natural language processing or machine learning. On the other hand, most competitive programming is about creative problem-solving and efficient algorithmic design. The challenge of competitions is writing concise and elegant code with the most optimal data structures and the fastest algorithms. Both are useful skills for someone who wishes to pursue a CS career.

Students interested in physics should make sure to check out the national physics exam F=ma (named after Newton’s Second Law), which garners over 6,000 participants every year. According to Lakeside alumni Sanjay R. ’19—who has won numerous national and international accolades for his performance in physics—competitive physics significantly differs from the physics taught in school in two aspects. One, of course, is the breadth of subject matter. “The physics you learn at Lakeside is a solid introduction,” Sanjay says, but “to do well in contests, you also need to know electromagnetism, fluid dynamics, and some other subjects too.” To Sanjay, contests were a way for him to expand his knowledge of physics. The other difference was in the problem-solving strategies required. Physics contest problems are hard not only because they require more knowledge but also because they require ingenuity and creativity. Sanjay is currently studying quantum mechanics at MIT. He believes that the tenacity, perseverance, and problem-solving skills he learned through competitions were the most important things he gained. “Some of the hardest physics problems we’ve been assigned [in college] are often more doable for students who have a competition background,” he says, “because we’ve just had a lot more experience with really difficult problems.”

No article about Lakeside’s STEM competitions is complete without a shout-out to retired Lakeside math teacher Dean Ballard, who single-handedly coaches the physics and math teams. Mr. Ballard sees many competition problems as puzzles. The test isn’t about how quickly one can regurgitate memorized formulas, but rather how good one is at playing around with interesting puzzles and trying to figure out a way to get the answer. He says that the math and physics teams are a great way to enrich one’s learning, and to connect with other students with similar interests.

STEM competitions can be compared to sports. Take the swim team, for example. Most students on the team won’t be a professional swimmer in the future, but they’re still spending hours at swim practice in order to shave fractions of a second off of their times. Why? The ability to swim exactly fifty meters of backstroke half a second faster will never serve some practical application to their lives. Instead, hours of swim practice is a way for them to challenge themselves, and the competitive aspect can be powerful motivation. This goes for STEM competitions, too: we don’t learn more about a subject simply to raise our competition scores; rather, we use competitions as a way to set goals and improve ourselves.

STEM competitions are often misconstrued as esoteric knowledge quizzes with no real practical value. You may doubt the usefulness of what you learned when those specific topics are eventually forgotten, and life goes on. But what you never lose is the ability to think deeply and creatively, or your appreciation for the subject. Competitions really can be for everyone. All they require is a willingness to spend time mulling over interesting puzzles—something I’m sure every Lakeside student possesses.