“Soul”: A Return to Form 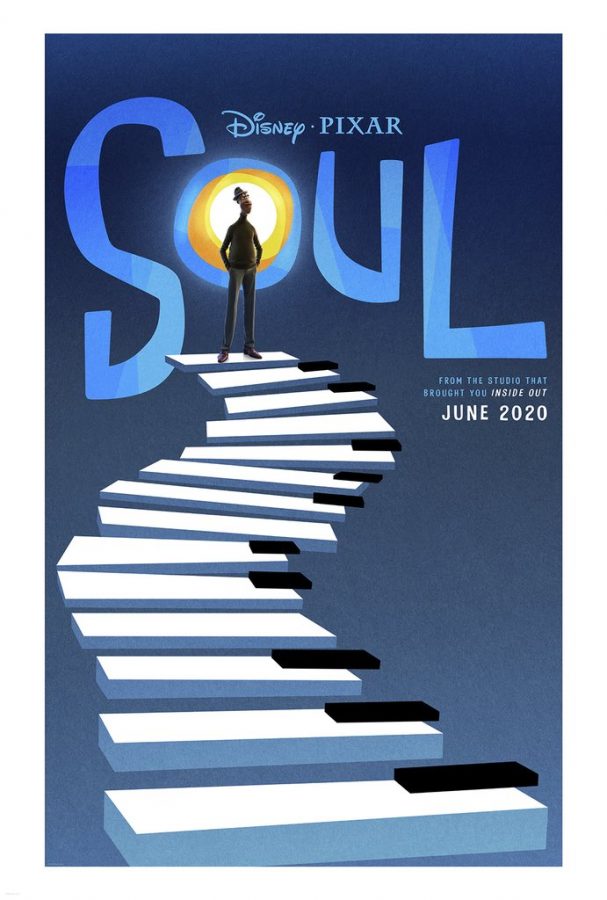 Sound the bells! Dispel your fears! For Pixar has gifted upon us a genuinely good movie!

You all read the title, and I feel like this has to be restated every few years, but Pixar has granted us yet another masterpiece. Pixar returns to form with their first near-universally loved, non-sequel in three years, the longest hiatus since the time between “Up” and “Inside Out”. Sure, “Onward” was good, but it was more of an “eh, it’s pretty good.” “Soul” is an almost-universal “that was great!” If, of course, you can determine what the movie actually means.

At first I was a tiny bit disappointed; the opening of this movie seemed to promise a more by-the-life, run of the mill movie. Pixar is known for their mystical circumstances and “What if?”s, but occasionally they show prowess in human, personal stories as well. Movies like “The Incredibles” and “Ratatouille” show that they can just as easily focus on a comparatively average story and deliver a touching piece. I was hoping “Soul” would be like that, leaning into the jazz scene. I hoped for the next “Ratatouille.” It wasn’t, but all the same, this movie got me thinking and extremely invested in the story

“Soul” follows jazz musician turned middle school band teacher Joe Gardner, who dreams of a career in jazz in New York City. Despite the objections of his mother, he goes to audition for an opening in Dorothea Williams’ legendary jazz band. Impressed by his piano playing, she decides to accept Joe for a gig later that night, which he gladly accepts (after all, jazz is his “purpose” in life). On the way back to his apartment, on a call with a friend, he falls down a manhole and dies. Now in the soul world, the Great Before, he decides to help a yet-to-be-born soul, 22, discover her spark in life so that her Earth Pass is filled out and he may return to Earth.

Artistically, I enjoyed the movie. The various caretakers, Jerry, Terry, and the bunch, are super fun. Their dialogue is fun, the voices more fun, and the designs super-cool. I especially love the wire-sculpture style. I will say though, it is weird to see what is pretty much a picture-perfect representation of New York City and then these people with shiny eggplant heads. I don’t dislike it, but it is a bit jarring. I will say they get the cosmopolitan-ness of New York right, though. I didn’t realize until after the movie how accurate it was —the hustle and bustle, the rumble of the subways, vents of air in the streets, gum on the sidewalks—all of these details felt so genuine, true things they transplanted from life to screen in a seamless manner. New York has a certain smell to it, and I swear I could smell the city through the screen.

In fact, my one real gripe with the movie is, ironically, the music. The jazz and soul are all great, they’re all bangers, but almost all of the music that isn’t diegetic (when the music exists within the fiction and the characters can hear it) is largely forgettable. A few sounds in general maybe, but nothing like (and I hate to make comparisons) the motifs in “Coco” and “Inside Out.”

Similar to “Coco” and “Inside Out,” in fact, “Soul” analyzes an abstract concept and portrays it in an artistic fashion. “Soul” leans less into emotion to convey the story and concept, unlike how “Coco” and “Inside Out” did. I still enjoyed it almost as much, but that’s only because of my personal experiences—with music, living in New York, uncertainty about life path/goal, etc.—that made this movie relatable. Someone with other experiences would still like the movie, but probably less so. By the end you had to think about it, since the ending and message were vague. The fact that the ending was vague enough that you had to think and fill it in made some people dislike it, but honestly if you’re going into a non-”Cars” Pixar movie, I have this to ask: why would you not pay attention to the movie? I personally thought it was great, and the question everyone’s asking (what did Joe do? What happened to him?) doesn’t matter; it’s the point of the movie that he is going to live his life. I will concede, this movie won’t be great for kids—most of the topics covered are things people don’t experience until they’re in or out of college, and there is relatively little humor. That being said, “The Incredibles” was light on humor

There’s one part of “Soul” that reveals its status as an excellent Pixar movie. Every Pixar movie has similarities to the stereotypical hero’s journey: near the end, the hero undergoes a revelation, finally changes, then goes on to the final conflict. “Inside Out”: Joy realizes Riley can’t be happy all of the time, then goes on to escape the pit and find Sadness. “Coco”: Miguel realizes he’s related to Hector, and that sometimes family is the most important, goes on to defeat Ernesto de la Cruz and save Hector by playing for Coco. “Soul”’s “revelation” is Joe realizing that “purpose” and “spark” aren’t the same. When Joe puts down 22’s items and quietly taps at his piano, with nothing but the notes being played, the subtle lighting, and his face on-screen: it’s beautiful, sublime, and the best part of the film. This moment shows the supremacy of Pixar as a storytelling power. The rest of it ain’t bad, but it just doesn’t measure up to this short moment. The messages I could glean from this hit close to home, as I’m sure pretty much any future/current college-goer will. What are your passions? Your spark? Your purpose? Seems redundant, right? Sometimes, though, they aren’t mutually exclusive.